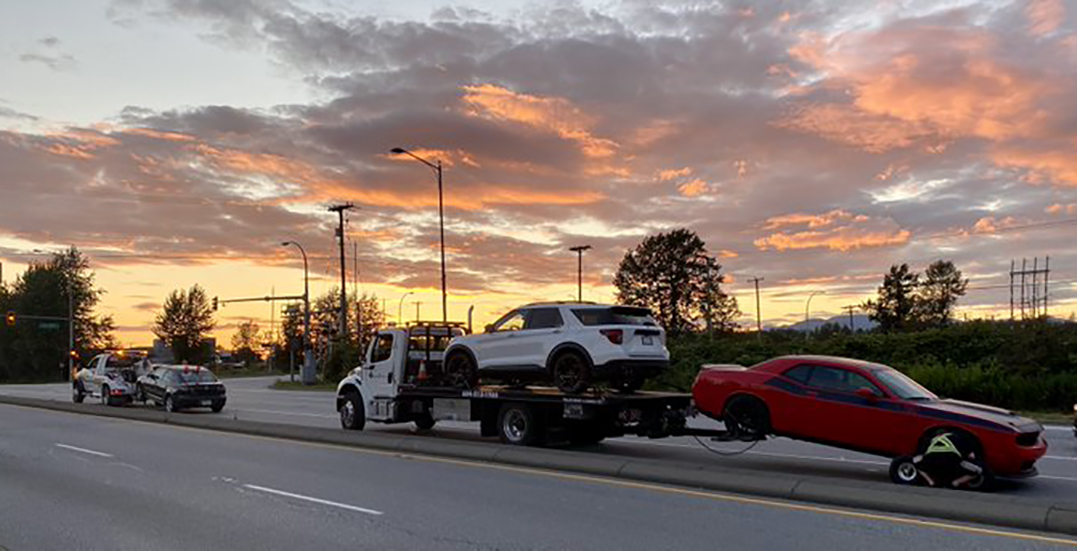 Police across Metro Vancouver and parts of the Lower Mainland have been busy this week, with dozens of drivers being pulled over for excessive speeding and other types of driving infractions.

Some police detachments are participating in Operation Safe Driver Week, which takes place between July 12 to 18 and focuses on reducing unsafe driving behaviours.

On Monday, the Burnaby RCMP stopped a pair of excessive speeders. One was doing 131 km/h and the other was doing 115 km/h, both in 60 km/h zones.

On Tuesday, they partnered with the Port Moody Police Department and issued more than 60 violations, including 44 speeding drivers, four distracted drivers, two who failed to wear a seatbelt, and one in possession of Cannabis in the vehicle.

Today we partnered with @PortMoodyPD for #OperationSafeDriverWeek which resulted in 61 violations, here is some of what we found⬇️

The Surrey RCMP also caught several drivers for excessive speeding on Tuesday. Three speeders were caught within the span of 30 minutes and were “going way over 100 km/h in a 60 km/h zone.”

Three excessive speeders were caught within a span of 30 mins, coming into Surrey via Golden Ears Way, going way over 100KM in a 60 zone. #NoNeedforSpeed pic.twitter.com/StxJP9smZz

Just outside of Metro Vancouver, Ridge Meadows RCMP caught nine excessive speeders over the span of 72 hours. The top three infractions, according to police, involved drivers going up to 81 km/h above the posted speed limit.