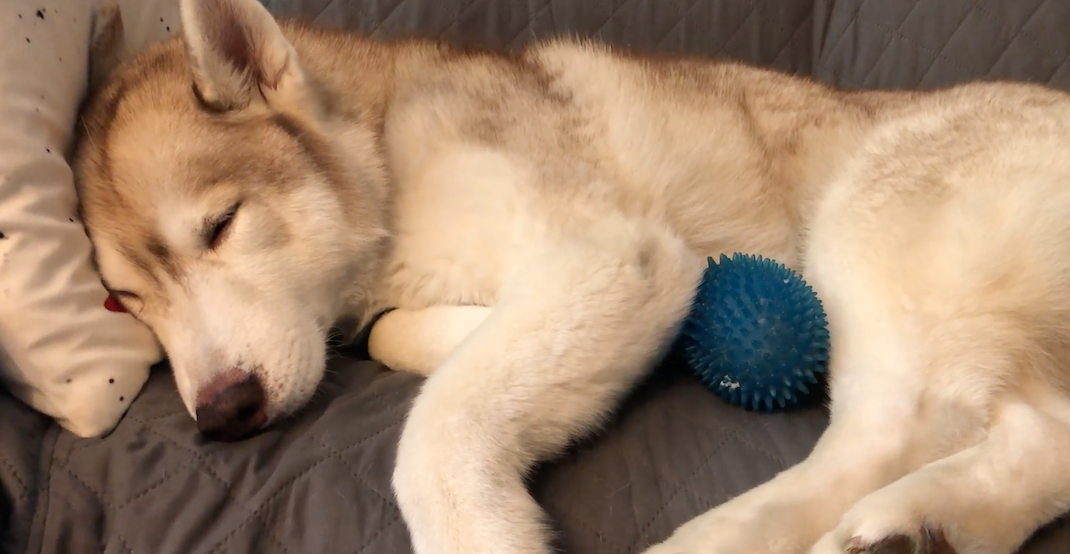 A dog owner is speaking out after her husky was poisoned by accidentally ingesting a cannabis brownie on SFU’s Burnaby Mountain campus last week.

Kacy Wu says that she and her dog, Halo, were on a run on Burnaby mountain on Saturday, July 11, when the 5-year-old Siberian Husky began to sniff the ground after she let him off-leash to pee.

She says she didn’t think much of it and they journeyed back home, where Halo began to have convulsions in his legs.

“At first, I thought maybe we exercised too much in the morning,” said Wu in an interview with Daily Hive.

“He began to shake and have a sharp reaction to everything. If I pet him, he would react scarily and shake his body.”

She said she tried to feed him but he couldn’t control his legs, his mouth, or his body to pick up the food.

“It felt like he got paralyzed. Soon after that, he started to lay on the ground, with a very drooping eyelid, and seizure. His breath got very shallow too,” she added.

When Wu took him to the veterinarian in Maillardville Hospital in Coquitlam, the doctor told her that Halo’s heart rate was quite low.

“After he checked his eyes, he said, ‘I think he consumed marijuana,'” said Wu.

“I immediately cried. I just didn’t know what to say.”

After a urine sample was taken, the doctor informed Wu that cocaine was also found in Halo’s urine, and the doctor believed he may have consumed a large amount.

Wu says that she lives on SFU’s Burnaby Mountain and regularly walks Halo in the area where he consumed the brownie.

“The location is in front of the SFU Education building, near the North Parking lot near a  construction site,” said Wu. 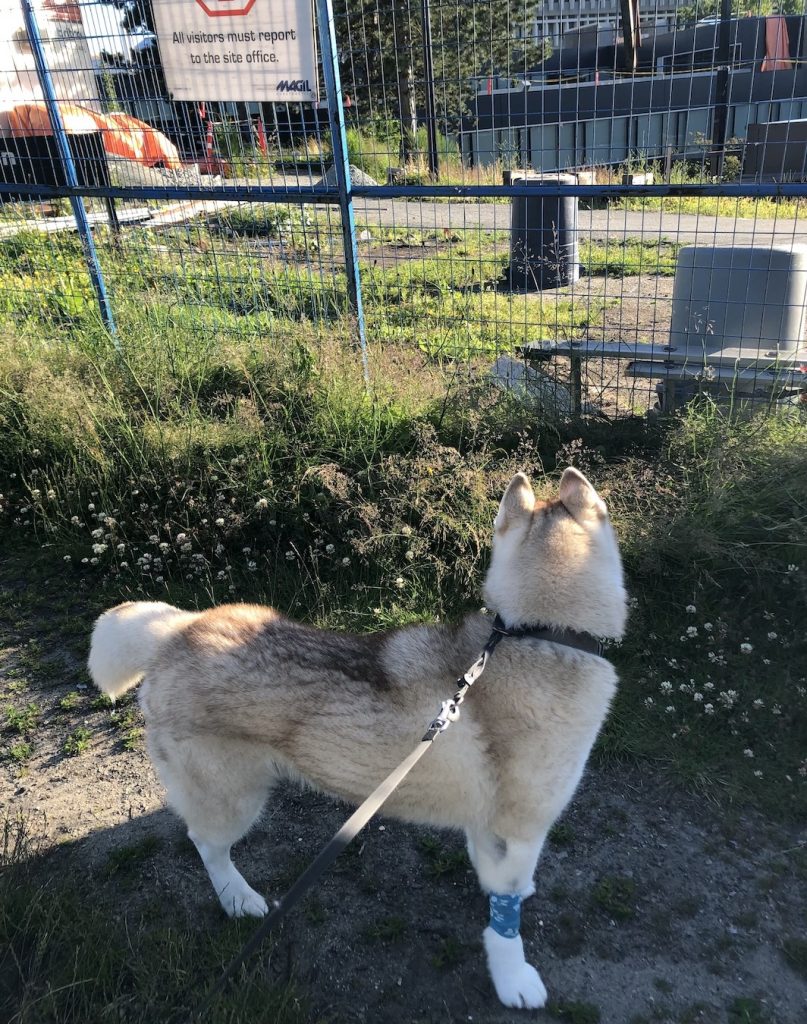 When she took Halo off his leash to drink water and pee, he ran off to the construction site, behind the fenced area, and began to sniff.

“I didn’t think there could be food there, or poisoned food there,” said Wu.

After the incident, she says she returned and found remnants of a dark brown cake scattered on the ground. 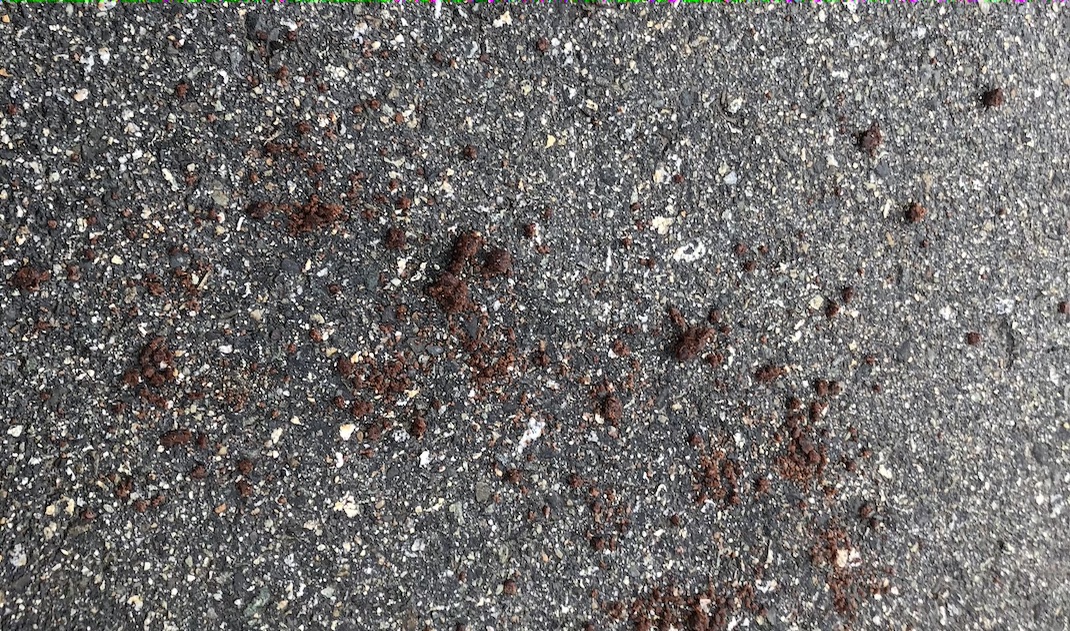 “This whole experience was so awful, and this makes me think if the community I live in isn’t as safe as before,” said Wu.

“Every day I walk Halo a minimum of three times. There are lots of people with pets in our community, and I think if Halo didn’t pick up that brownie on the ground, it might have ended up being another dog or cat.”

Wu says that Halo has since recovered and is doing much better.

Her vet bills totalled over $1,400 for multiple IV and fluid infusions, blood and urine testing, and 24 hours of hospitalization.

A spokesperson with the BC SPCA says that if any pet owners suspect their animal has accidentally consumed drugs to take them to the vet immediately.

“We do occasionally get these situations – most often occurring in people’s homes with pets getting into the owner’s recreational drugs,” said Lorie Chortyk of the BC SPCA in a statement to Daily Hive.

“People should definitely take their pet to the vet immediately if they suspect they have ingested drugs, as the consequences can be extremely serious. One issue that has arisen is that the owners are often embarrassed to admit their pet got into their drugs but it is so critical that people be honest with their vet so that appropriate medical treatment can be administered right away.” 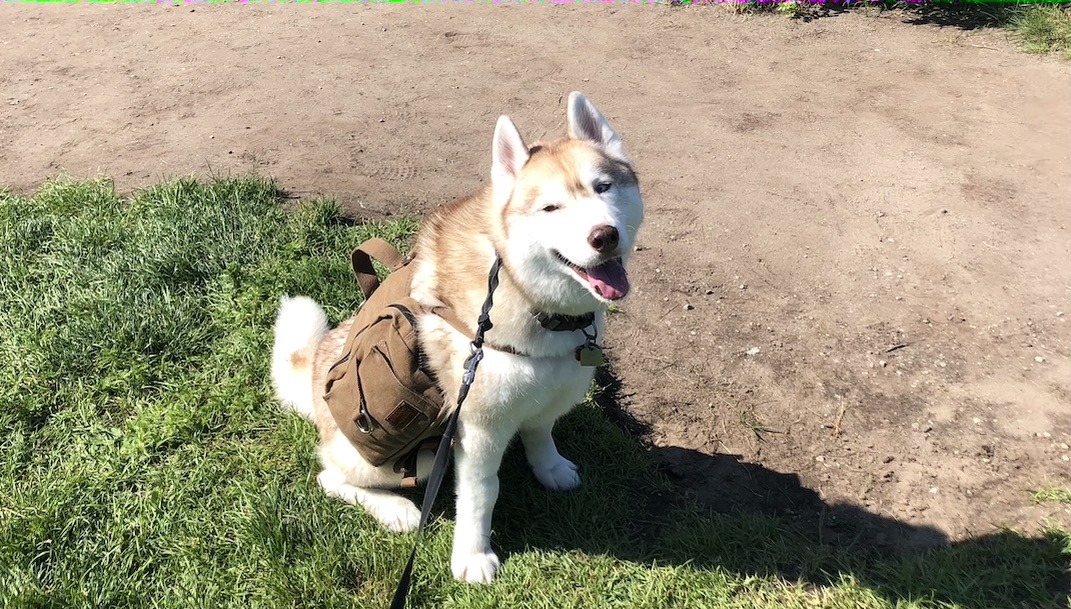