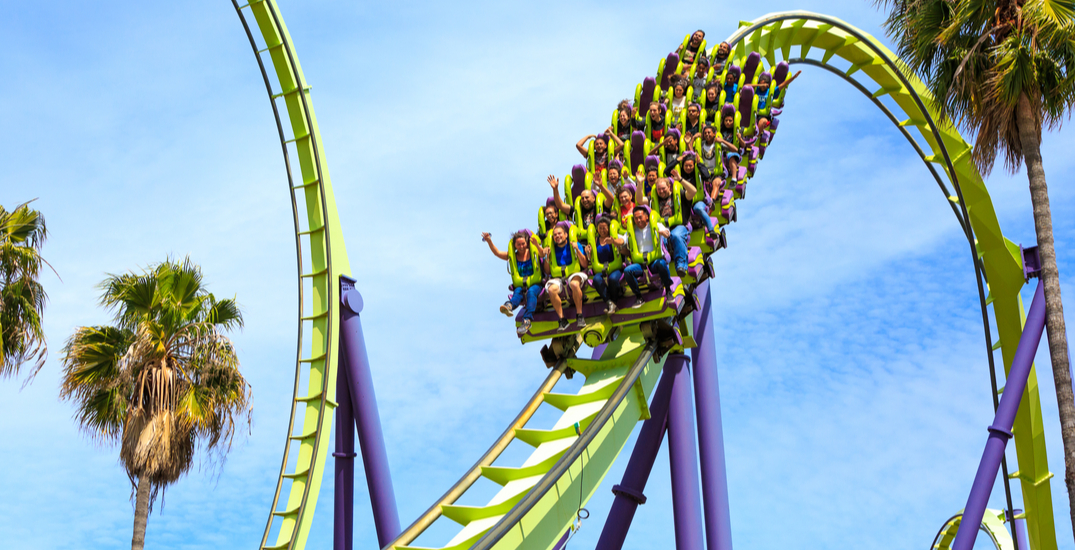 It was another stressful weekend for Bitcoin HODLers, as the cryptocurrency crashed $3,000 since Friday, its lowest low since January.

This week will turn the heat on for Big Tech like Apple, Amazon, Facebook, and Google as the US House Judiciary Committee votes on antitrust bills for companies with market caps of over $600 billion and over 50 million users. The proposed new laws could change how the big tech players are allowed to promote their products and could be the biggest move in antitrust in decades.

Wondering which stocks to add to your portfolio this week? From rollercoasters to semiconductors, look no further than the following four companies poised for success.

Leading tech company Nvidia (ticker: NVDA) has been the talk of the town recently, especially after its recent stock split. The semiconductor company has been boosted thanks to the semiconductor shortage, which are being used increasingly in the electric vehicle, robotics, and 5G markets.

The company has rallied 107% over the past year, and with shares of the company soared 4.8% on Thursday, and 2.3% on Friday, Nvidia doesn’t show any signs of slowing down.

With vaccines rolled out across the US, people are heading out to casinos, hotels, and theme parks in droves with their savings from the last year.

And that includes theme park Six Flags (ticker: SIX). Before Covid hit, the company saw approximately 32 million visitors and an annual revenue of $1.5 billion. It’s experienced an impressive bounce back from Covid, with 1.3 million visitors in its first quarter, well above estimates of 600,000.

Looking ahead, CEO Spanos has a plan to upgrade the park’s technology as well as increase efficiency and reduce costs and it expects to generate $80 to $110 million in the approaching years. Most importantly, though, the theme park’s summer season is soon approaching which means 27 of its parks in the US will be open.

Electric vehicles are top of mind for every investor at the moment. One of the biggest players in the booming industry is obviously frontrunner Tesla, but General Motors (ticker: GM) is also now playing the EV game, and the company announced on Wednesday that it plans on increasing its investment in self-driving vehicles by 30%.

The Detroit-based multinational corporation has future plans to put forward $35 billion over the next four years, including the construction of two more EV battery plants. But most importantly, GM has a $20 billion stake in promising San Francisco-based self-driving company Cruise LL, nearly a quarter of its $87 billion market cap.

The financial world is evolving at a rapid pace, and big players in the industry must stay afloat to keep up with recent trends. This includes online payment system PayPal (ticker: PYPL), which has been adapting to the world of cryptocurrency.

The company launched its crypto trading service in November and on April 20, announced it would allow customers to use three types of crypto, as well as Bitcoin Cash, to make transactions on US payment service Venmo. With the service rolling out on Venmo on Tuesday, it’s likely that PayPal will perform well this week.