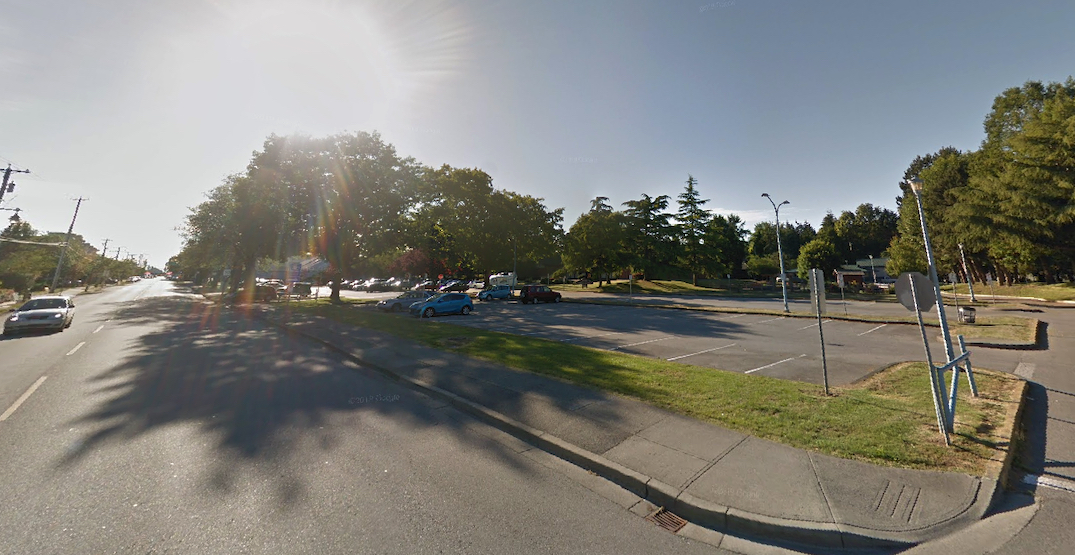 A new replacement community centre and public library is planned for Steveston immediately east of the existing complex.

Three locations within Steveston Park were considered, including the footprint of the existing community and recreational facilities, but ultimately city council chose the option with the least construction cost of approximately $93.5 million, allowing the existing facilities to remain operational to the public during construction, and the fastest construction period.

This includes $56 million for the new building with a total floor area of 60,350 sq. ft., $20 million for site preparation, and $14.5 million for 160 additional and replacement vehicle parking stalls, with 60 stalls located underground and 100 stalls on the surface. The construction timeline is estimated to be between four and five years. 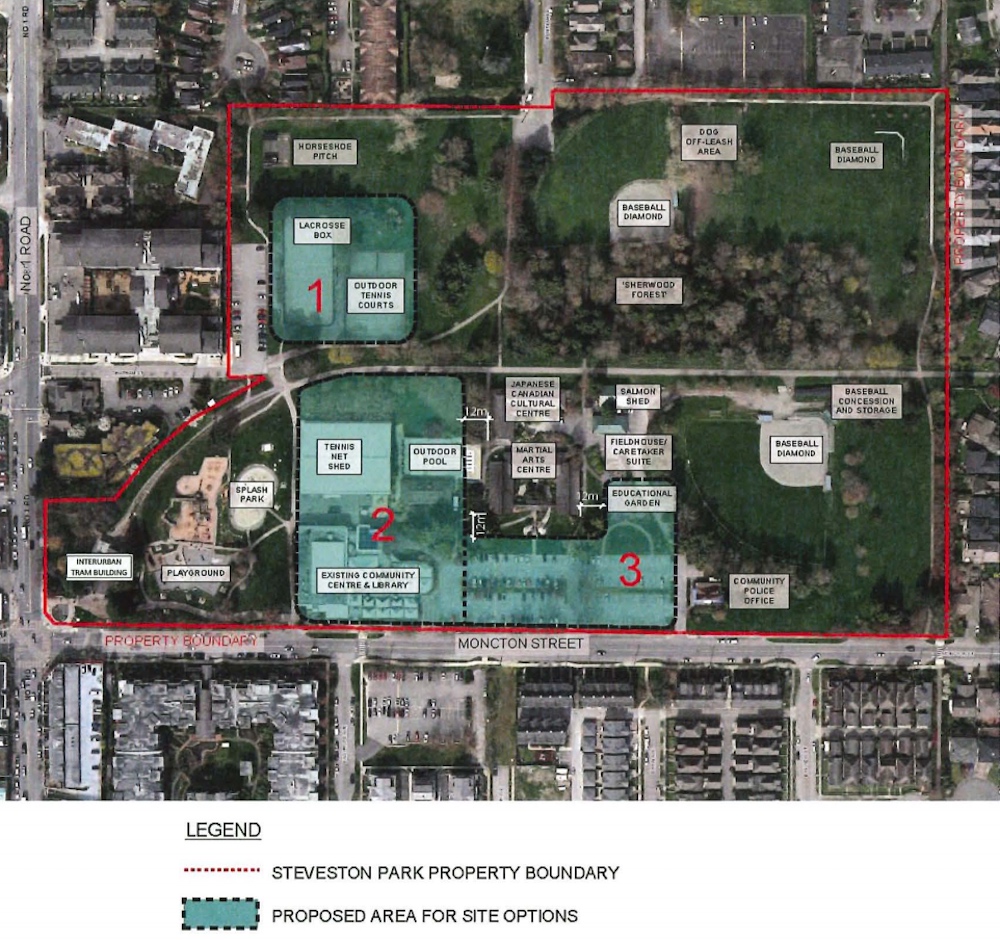 The new community centre’s functions include multi-purpose rooms, recreational spaces, a gymnasium, and public library. The existing swimming pool, Japanese Canadian Cultural Centre, and education garden to the north will not be impacted.

Upon completion, the existing community centre and public library complex would be demolished and converted into green space.

The municipal government is currently in the early stages of designing the concept of the building, including its form, character, and floor layout. HDR Architecture is the project’s design firm.

Public consultation is being held virtually this week to help inform the next stages of planning towards a detailed design. 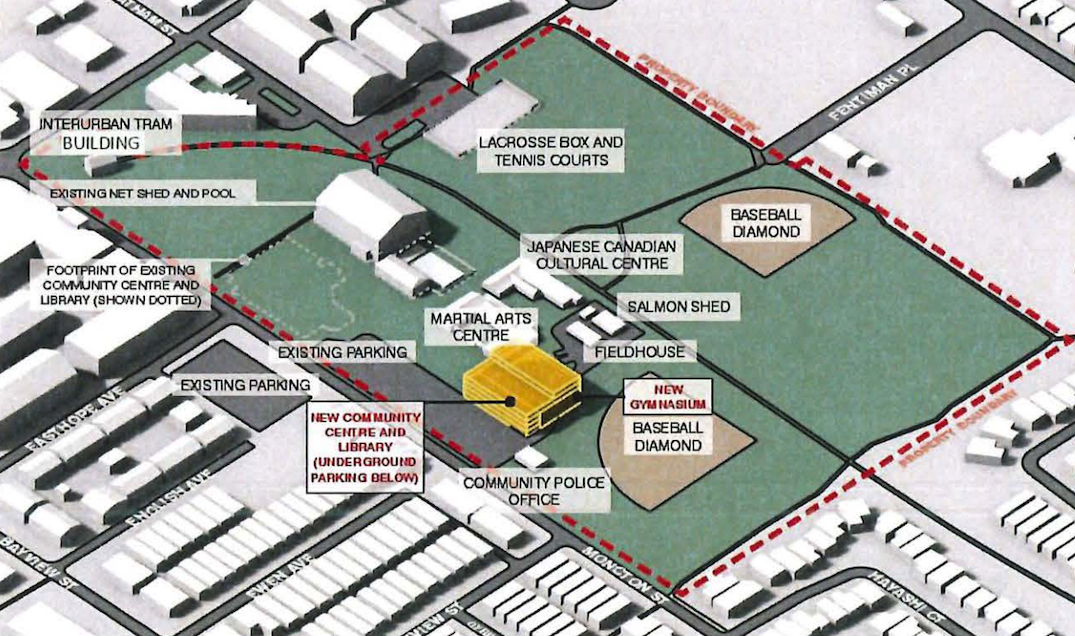 Potential form for the chosen Site 3 of the new replacement Steveston Community Centre. (City of Richmond)

In July 2019, city council rejected TransLink’s proposal to place an off-street bus loop and layover facility on the surface parking lot and integrate it with the new replacement community centre.

Currently, the Steveston bus exchange is an on-street exchange located on the roadway of Chatham Street spread over three city blocks, and it is served by five bus routes. TransLink has not identified an alternative off-street bus exchange option since the rejection.

Earlier this month, city council also made a decision to demolish the old Minoru Aquatic Centre, which was replaced by the opening of the expanded aquatic facilities within the $80 million new replacement Minoru Centre for Active Living built adjacently.

The cost to extend the lifespan of the old aquatic centre by 15 years for other public uses was estimated to be about $9 million, but city council decided to proceed with a $2.7 million demolition cost for an expansion of Minoru Park’s green space.