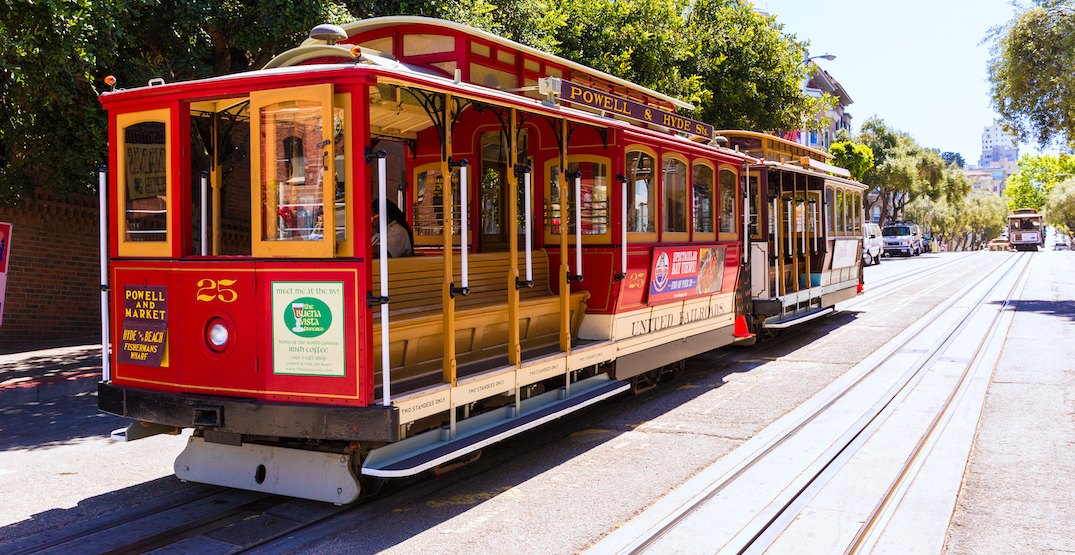 A heritage streetcar attraction within Steveston Village in Richmond could provide the district with a boost in business and tourism.

The municipal government first approved a $50,000 feasibility study on the idea in 2017, and the findings by private sector consultants will be deliberated in next week’s city council meeting.

According to a city staff report, three route options within Steveston have been devised, with the first option being a short 300-metre-long span along three blocks of Moncton Street, either as a single track or double track. It would run between the 2013-built Tram Building and the Gulf of Georgia Cannery.

But the single track option would necessitate the full closure of the street to vehicles and parking when the tram is in operation. 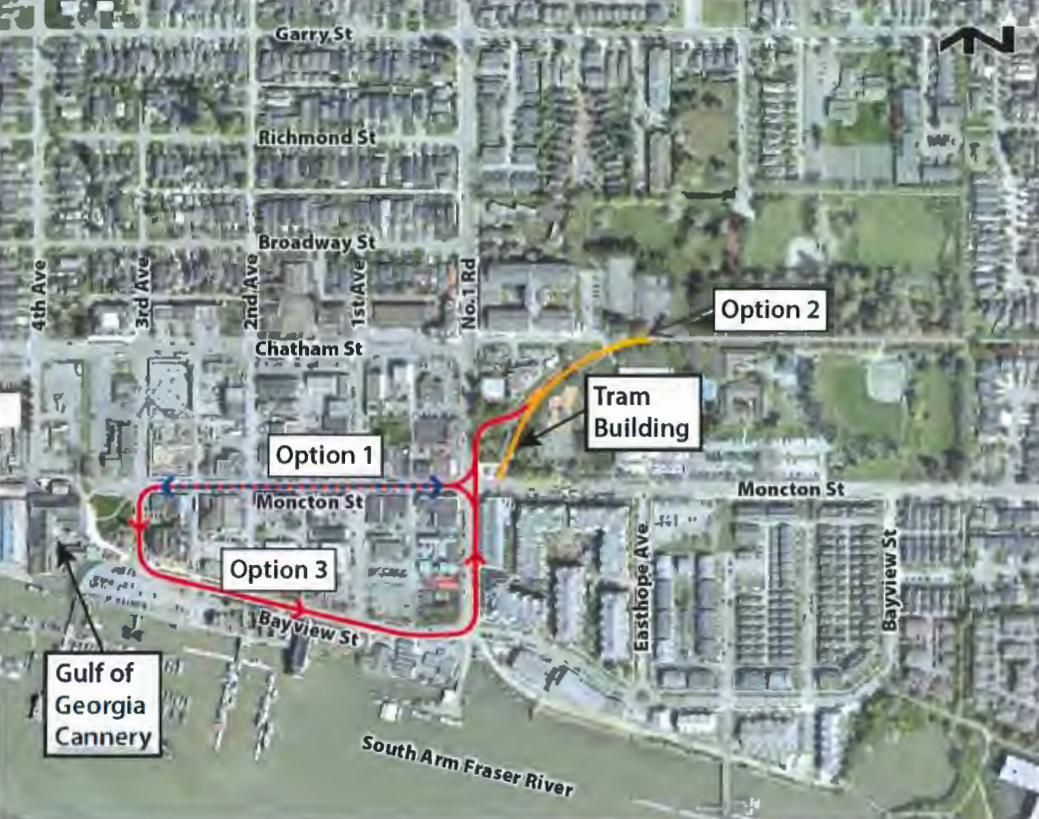 Three route options for the Steveston Tram. (City of Richmond)

A second option would run a 500-metre-long dual track within Steveston Park, where the Tram Building is located. It would include a rehabilitation of 130 metres of existing track from the original Interurban. While this option would eliminate conflicts with road users, it could affect some park uses.

The most elaborate and longest option is a 1.1-km-long looping track running in counter-clockwise direction along the travel lanes of Moncton Street, Third Avenue, Bayview Street, and No. 1 Road. It would serve the cannery and the waterfront and has the highest ridership and revenue potential, but it also has the highest construction cost of between $4 million and $8 million.

The first option’s construction cost is between $1.6 million and $6 million, while the second option within the park is $1.1 million. All of these costs also consider the potential for an overhead catenary system to power the tram. 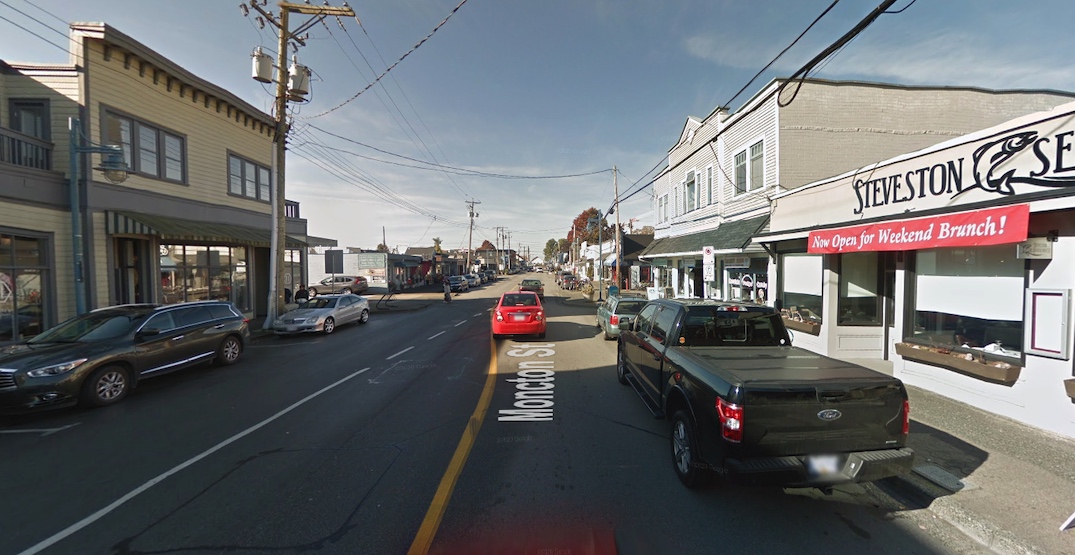 For the first and third options, there would also be consideration to parking impacts and traffic control measures.

All options carry an additional cost for the retrofit of the Tram Car 1220 vehicle, which was built in 1913 and refurbished in 2019. The cost of making the heritage streetcar road ready is between $2 million and $4 million, but there is a risk given that this is deemed as Richmond’s largest artefact.

Alternatively, the purchase of a replica heritage streetcar could enable the installation of onboard power, meet accessibility needs, and provide air conditioning. This replica option for the vehicle also has a lower cost of $2.5 million to $3.5 million, but it does not include a structure to house the tram for storage, maintenance, and repair.

Depending on the route and tram options chosen, the total project cost could reach between $3.6 million and $12 million. 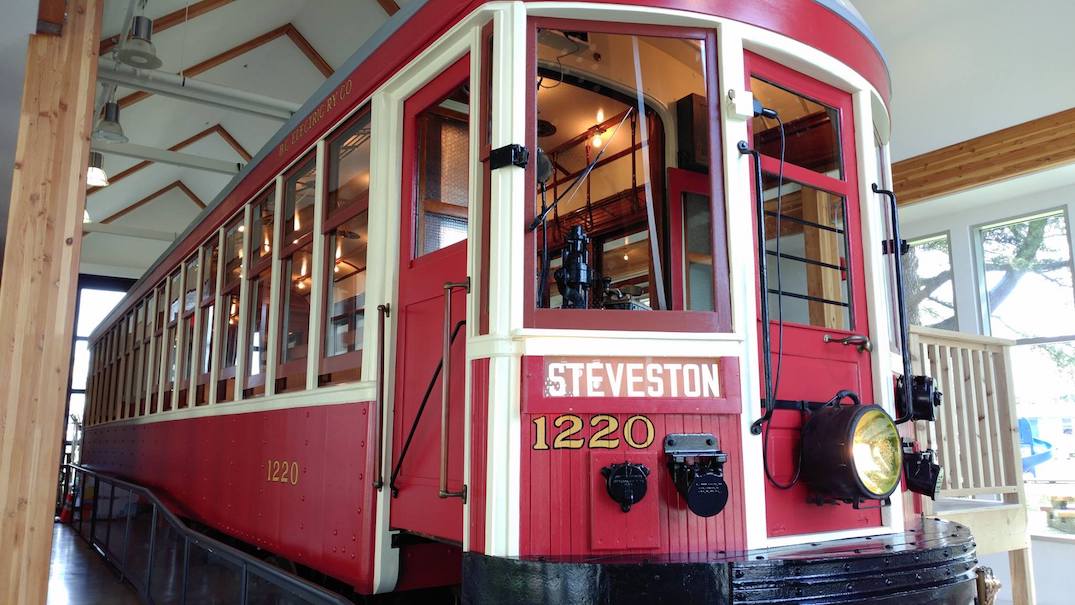 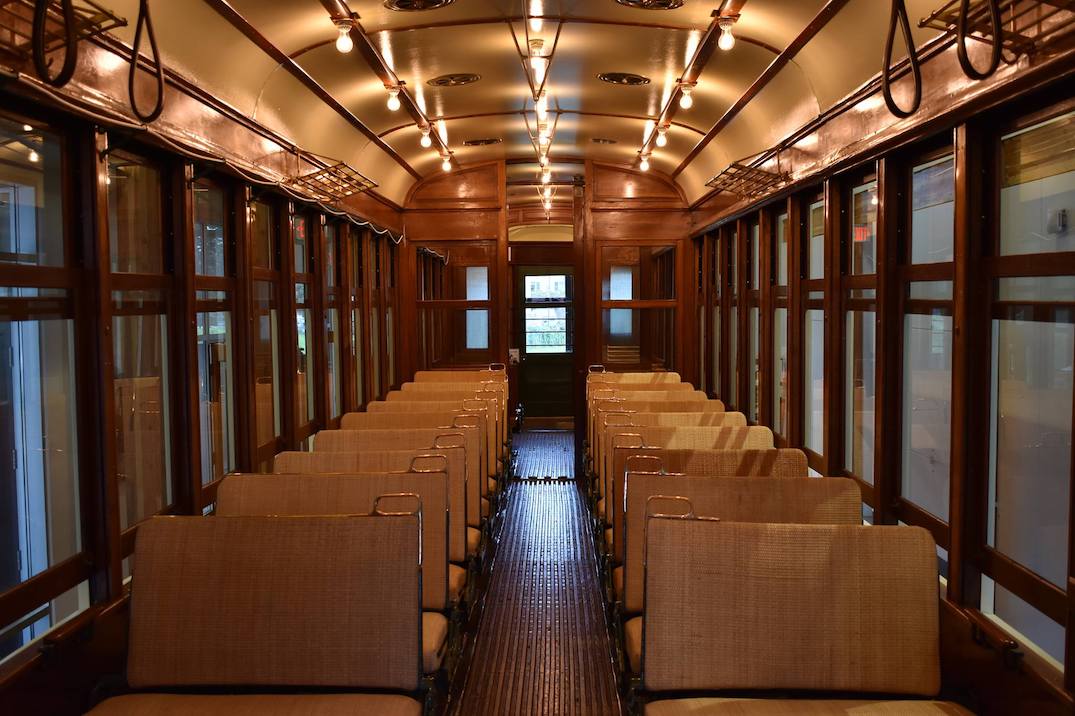 When operational, the service is forecast to require an annual operational subsidy of between $400,000 and nearly $1 million from the city. The second option would see fares of $1.00, while the other two options would have fares set at $3.00.

“Many services operate from a historical urban location and are marketed primarily toward heritage tourism, family or cultural experiences rather than as practical passenger transportation,” reads a city staff report, adding that heritage streetcars typically operate on existing right-of-ways, such as active or abandoned freight railway tracks or as part of the larger public transit system. 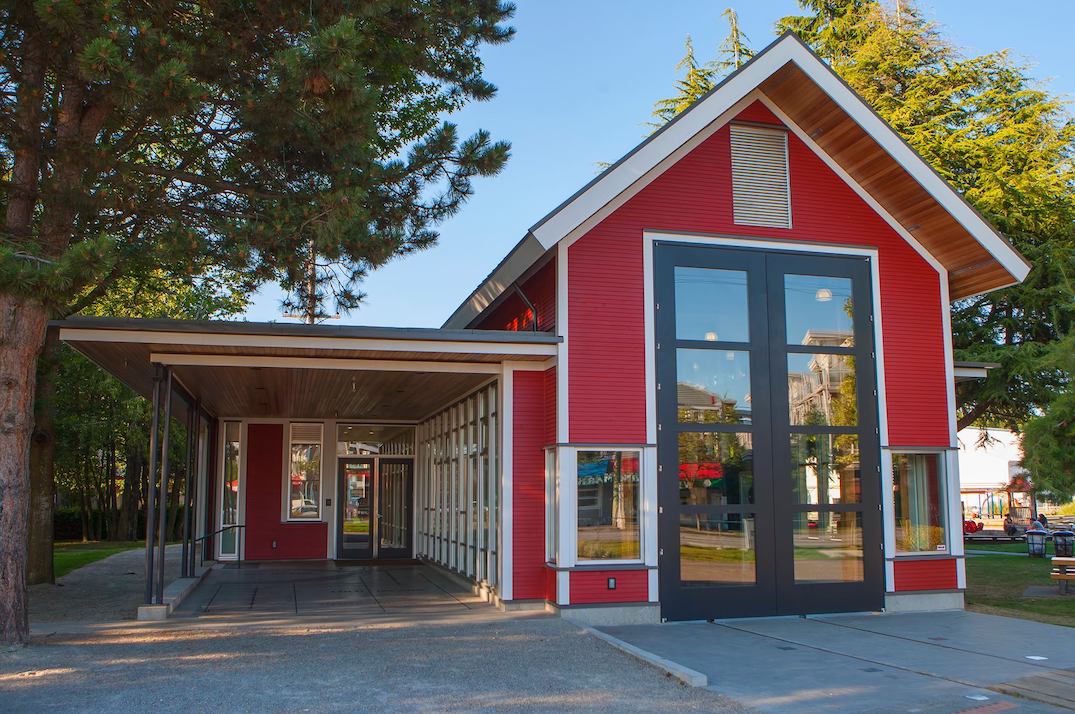 City staff state such a project comes with “considerable risks and challenges,” and the “proposed routing options are too short to offer a significant tourist experience.” For these reasons, city staff are recommending maintaining the status quo of the existing tram museum program, which sees 55,000 visitors annually.

But it will be up to city council’s decision on whether the idea enters public consultation, as all route options are “technically feasible.”

In 2012, Vancouver’s Historic Railway operating on the railway between Granville Island and Olympic Village Station was discontinued after the City of Vancouver decided to end its $100,000 annual subsidy for the volunteer-operated service. For 15 years, it ran on weekends and holidays from May to October, carrying 133,000 passengers over its lifespan. 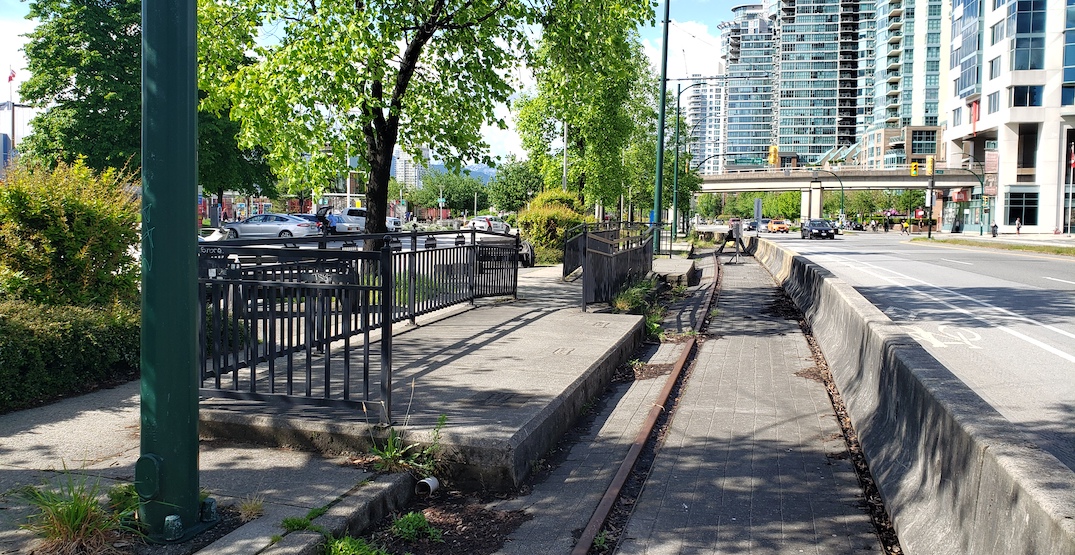 Remnants of a station for the defunct Vancouver heritage streetcar on Quebec Street, outside Science World. (Kenneth Chan/Daily Hive)

Richmond is not the only municipality in Metro Vancouver contemplating a rail-based attraction as a way of attracting tourism. A funicular is highlighted as an idea to reach the waterfront promenade from a neighbourhood up above on a steep slope.

But Richmond does have its eyes set on a street-based rail transit service, over the long term. In its Transport 2050 submission to TransLink last year, the municipal government outlined its idea for light rail transit or bus rapid transit linking Richmond City Centre with Steveston.