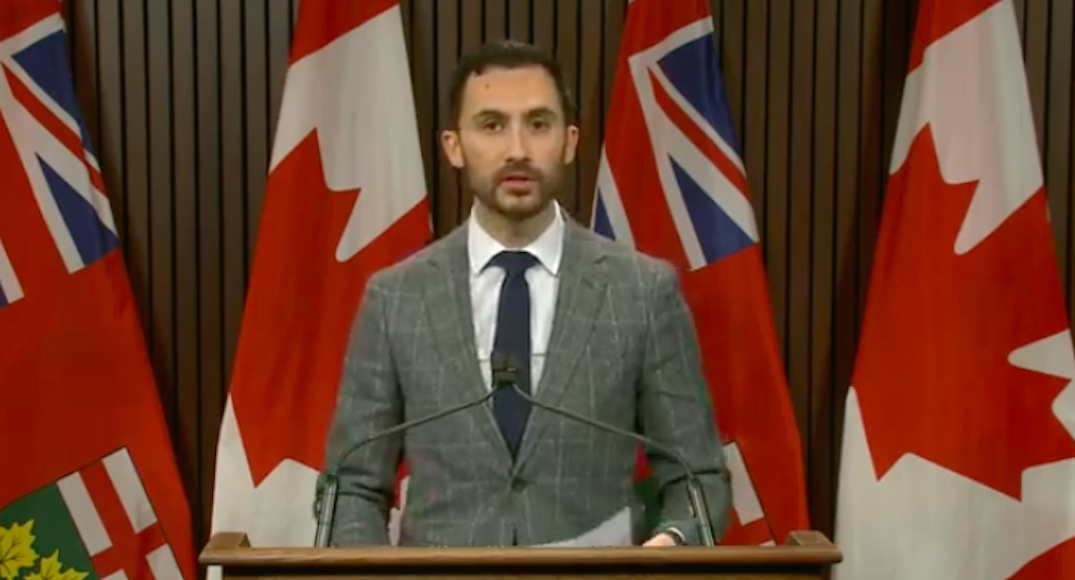 As the provincial election campaign heats up, Ontario’s education minister is in hot water after his role in a “slave auction” at a fraternity he led came to light.

First reported by Press Progress, Education Minister Stephen Lecce participated in “slave auctions” when he was the leader of the Sigma Chi fraternity’s Epsilon Omicron chapter at Western University.

According to Press Progress’s investigation, a number of these “auctions” took place during Lecce’s leadership. Archived screenshots show that fraternity members were “auctioned” and on “Slave Day,” would have to be available to their “owner” from 10 am to 6 pm.

Lecce has since released a statement on the behaviour, but many Ontarians are not satisfied with the apology.

“The event from 2006 was inappropriate and in no way reflects who I am as a person, which is why I unreservedly apologize,” Lecce said in the statement.

Three of the Ontario NDP’s Black candidates released a statement about Lecce on Wednesday. They called on him to apologize and resign from his post.

“We are calling on him to withdraw as a candidate for office. Failing that, Doug Ford and the PC party must remove him. We are also calling on Doug Ford, as the Leader of the PC party, to clearly and unequivocally condemn Mr. Lecce’s actions,” the letter, signed by Jill Andrew (Toronto—St. Paul’s), Faisal Hassan (York South—Weston) and Laura Mae Lindo (Kitchener Centre), reads.

.@Sflecce participating in ‘SLAVE AUCTIONS’ during university as the LEADER of a fraternity is not acceptable.

This is blatant anti-Black racism.

It is hurtful and it is dangerous. You’ve got to go. #onpoli https://t.co/xJvaKR3urA

The Elementary Teacher’s Federation of Ontario (ETFO) is calling on Doug Ford to immediately address the report but did not say what actions they would like to see taken.

“How can someone who does not have a clear understanding of and commitment to this work be responsible for implementing education policies that are intended to disrupt anti-Black racism and other forms of oppression?” the ETFO statement reads.

Many Ontario voters are calling for Lecce to resign or be fired immediately. They say that he can’t be trusted as Ontario’s education minister.

If Stephen Lecce isn’t fired as Education Minister immediately for participating in a “slave auction,” and if the teachers unions don’t call for this, then everyone is basically admitting Ontario’s public schools aren’t safe for Black children. #onpoli

The news of the “slave auctions” brought allegations against Lecce back to the surface. In 2019, Kyle Ashley tweeted that he had been hazed by Lecce and other members of the Sigma Chi frat.

I was hazed by Minister Stephen Lecce while I was pledging Sigma Chi at Western University and he was not only fraternity president, but the university student council president.

This type of person should not be in charge of educating YOUR children. If you’re a journo, DM me.