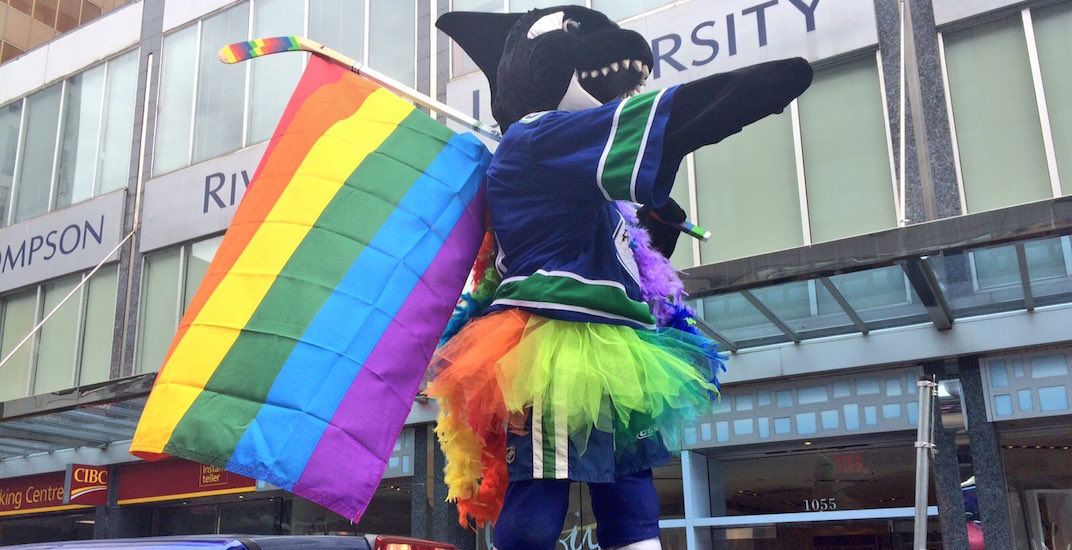 Defencemen Erik Gudbranson and Troy Stecher will be marching in the parade, as will team mascot Fin and about 30 staff members.

“The hockey community is all about being inclusive,” Gudbranson told Kevin Woodley of NHL.com. “Everybody should feel comfortable in their own skin. Having sport get in the way of someone based on sexual orientation or gender or race is absolutely wrong. Everyone is very open-minded in the hockey community and it’s good to be out there showing that and supporting that.”

This is not the first time that a Canucks player has marched on Pride Weekend. Emerson Etem represented the Canucks last year. Manny Malhotra – now an assistant coach with the team – was the first to march on behalf of the Canucks in 2012.

“Words that were once used have completely vanished; there is an understanding as to how hurtful they can be,” Gudbranson said. “I have seen the growth of this community and the importance and how the general view towards it has changed.”