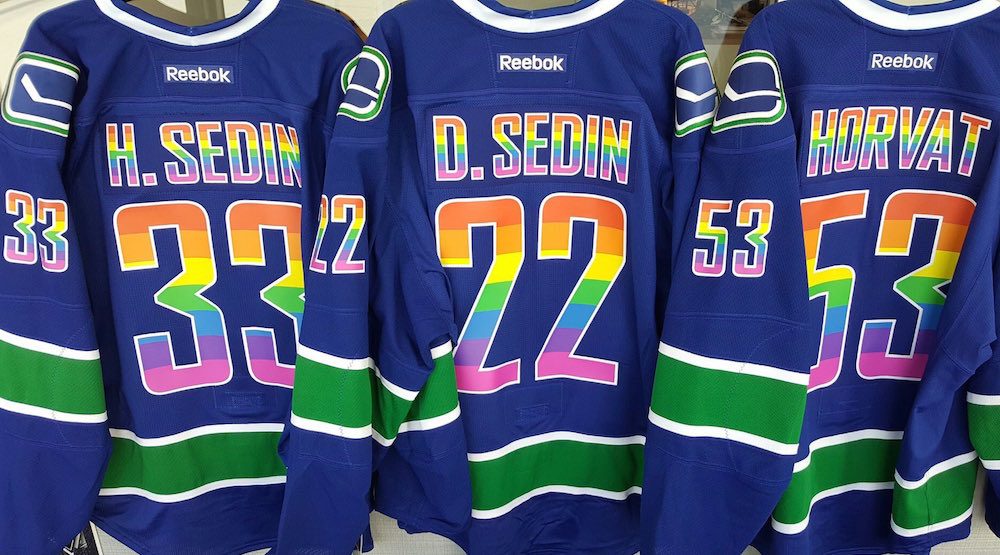 The Vancouver Canucks will have colourful look to them prior to Tuesday’s home game against the Detroit Red Wings.

As part of You Can Play Night, Canucks players will wear special rainbow-coloured pride jerseys (similar to the one worn by Emerson Etem at Pride Parade last summer), and use pride tape on their sticks during warm-up.

The night coincides with the NHL’s league-wide Hockey is for Everyone initiative where each team is hosting a night to celebrate the diversity of hockey’s athletes and fans.

The Vancouver Pride society will also be on-hand at Rogers Arena on Tuesday (near section 111), and there will be a number of unique game presentation elements throughout the evening.