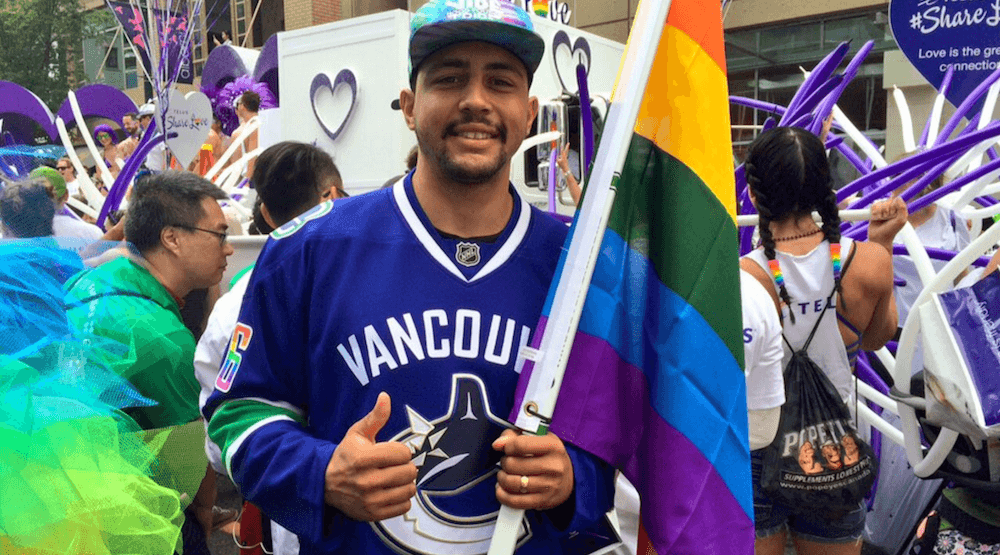 Canucks winger Emerson Etem hasn’t been a part of the team for very long – he was acquired back in January – but he’s quickly becoming a fixture in the community.

The native of Long Beach, California is spending his summer in Vancouver and on Sunday he participated in the annual Vancouver Pride Parade.

Etem, along with mascot Fin and a some team staff represented the Canucks at this year’s parade.

This isn’t the first time that a Canucks player has participated in the parade, as Manny Malhotra and Jason Garrison were on hand back in 2012.

Check out the photos:

Good luck with that! pic.twitter.com/OQawA5SOUH

thank you to everyone showing support! getting super rowdy at the Vancouver #prideparade #selfiesunday