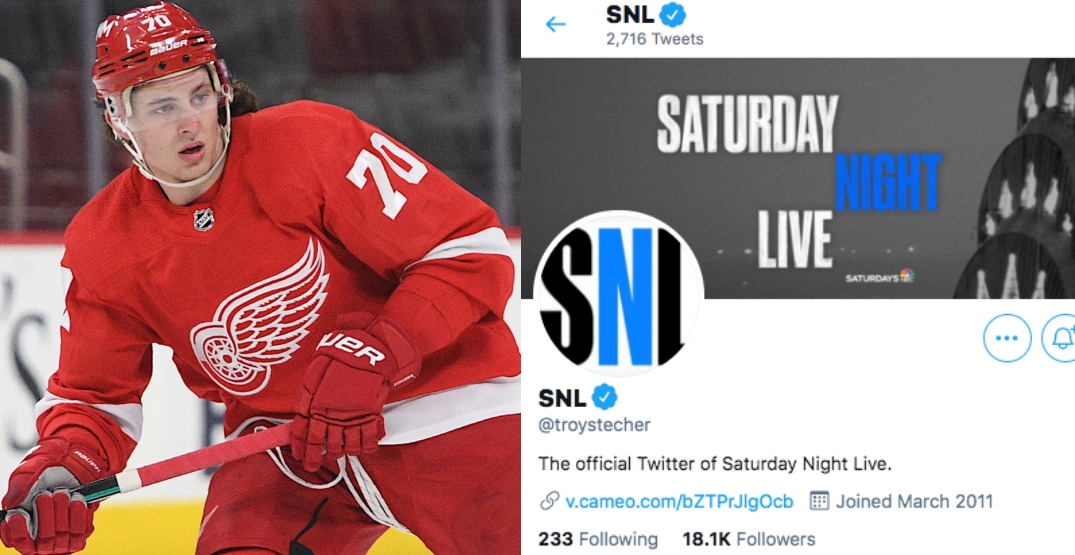 Excited that Troy Stecher is finally joining Saturday Night Live, it felt like only a matter of time pic.twitter.com/YBuvgMtiqN

Whoever has hacked Stecher’s account is pretending to be Saturday Night Live, changing his profile photos, display name, and bio to impersonate the longtime NBC show.

All the tweets being sent out by Stecher’s account aren’t very clever and appear to be a scam, so we won’t be sharing any of them. Hopefully Twitter gets its act together to get the Richmond native’s account back soon. It’s been over five hours since Stecher flagged it on Instagram.

In the meantime, you can report the account and select the option “it appears their account has been hacked.”

Stecher has 11 points (3-8-11) in 42 games with the Red Wings this year, averaging 17:13 of ice time — which is nearly two minutes more per game than he played in Vancouver last season.