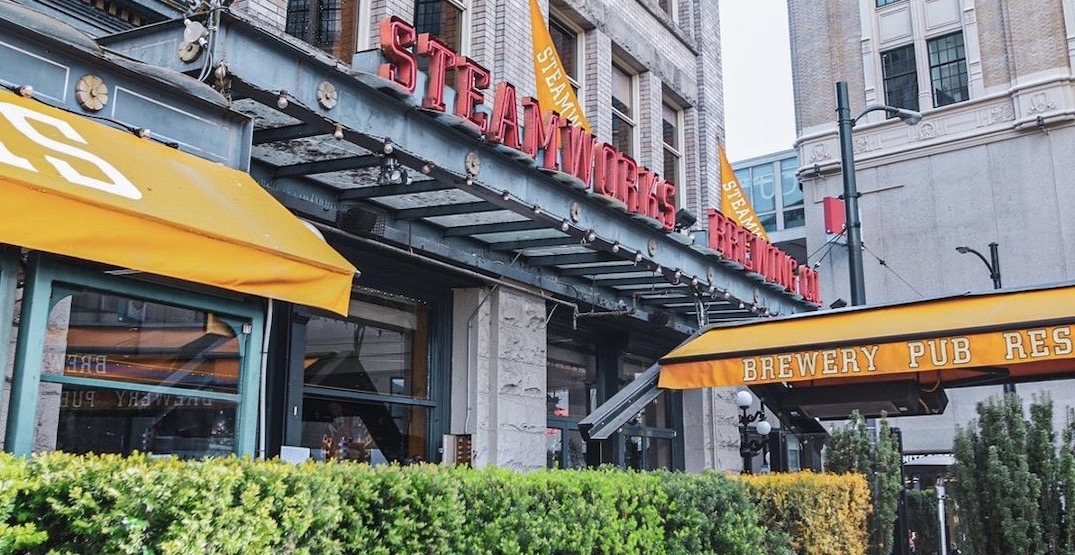 Steamworks Mount Pleasant will be the first franchise location for the brand, and we’re told it will be a “brand new, giant taproom concept.”

Tentatively set to open at the end of May/beginning of June 2022, Steamworks said patrons can look forward to 30 rotating taps, 20 Steamworks features and 10 guest taps, as well as a full kitchen that will dish out pub favourites, modern eats, and even a special weekend brunch menu.

The venue itself has the capacity to seat 200 people in total, 100 inside and 100 outside.

The company says the new location, situated at Main and 7th, will also offer underground parking.

A post shared by Steamworks Brew Pub in Gastown (@steamworksbrewpub)

Steamworks Brewing Co. opened its original brewpub in the heart of Gastown in 1995. In 2013 the brand opened a Burnaby taproom.

We’ll keep you posted on the exact address and opening details on this location as they are released. Stay tuned!