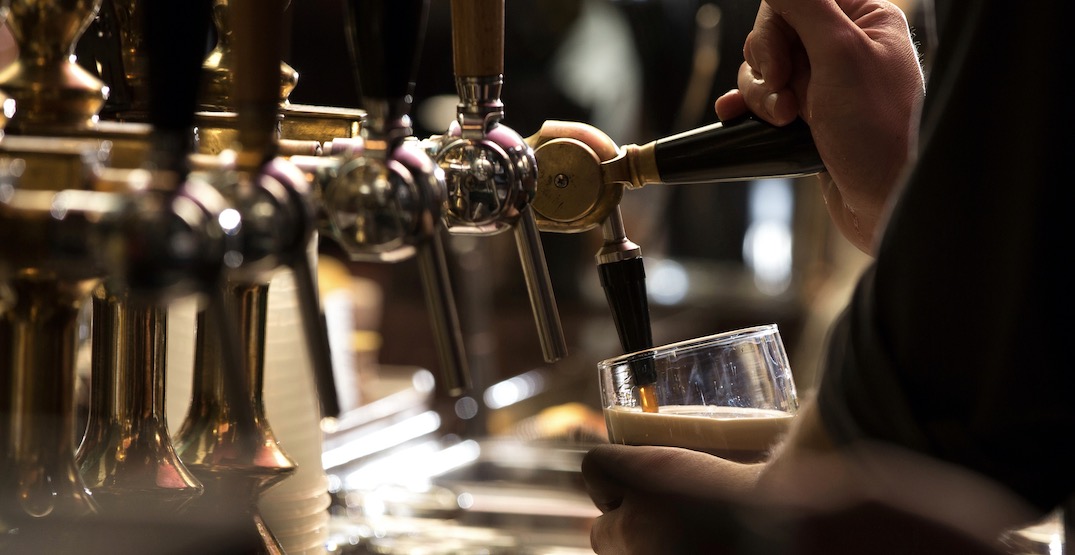 Steamworks Brewing Company is making some changes after one of its labels was the source of controversy this week.

On Tuesday afternoon, the Vancouver-founded brewery told Dished Vancouver it would be replacing an illustration of a goggle-clad angel holding a beer bottle that’s seen on the company’s Black Angel IPA and White Angel IPA products.

Steamworks uses the same image as a deposit refund logo reading “return for redemption” and it’s also on the side of a company food truck.

This move comes in response to an online petition that was launched last week asking for the removal of the illustration.

The heritage monument can be found at 601 West Cordova Street in front of Vancouver’s Waterfront Station. Just steps away from the Steamworks Brewpub in Gastown, the sculpture depicts an angel carrying a fallen soldier and commemorates those who lost their lives in World War I.

The artwork is one of three identical statues commissioned by the Canadian Pacific Railway in 1921 to honour their workers who answered the call and “made the ultimate sacrifice.” The other sculptures can be found in Montreal and Winnipeg. 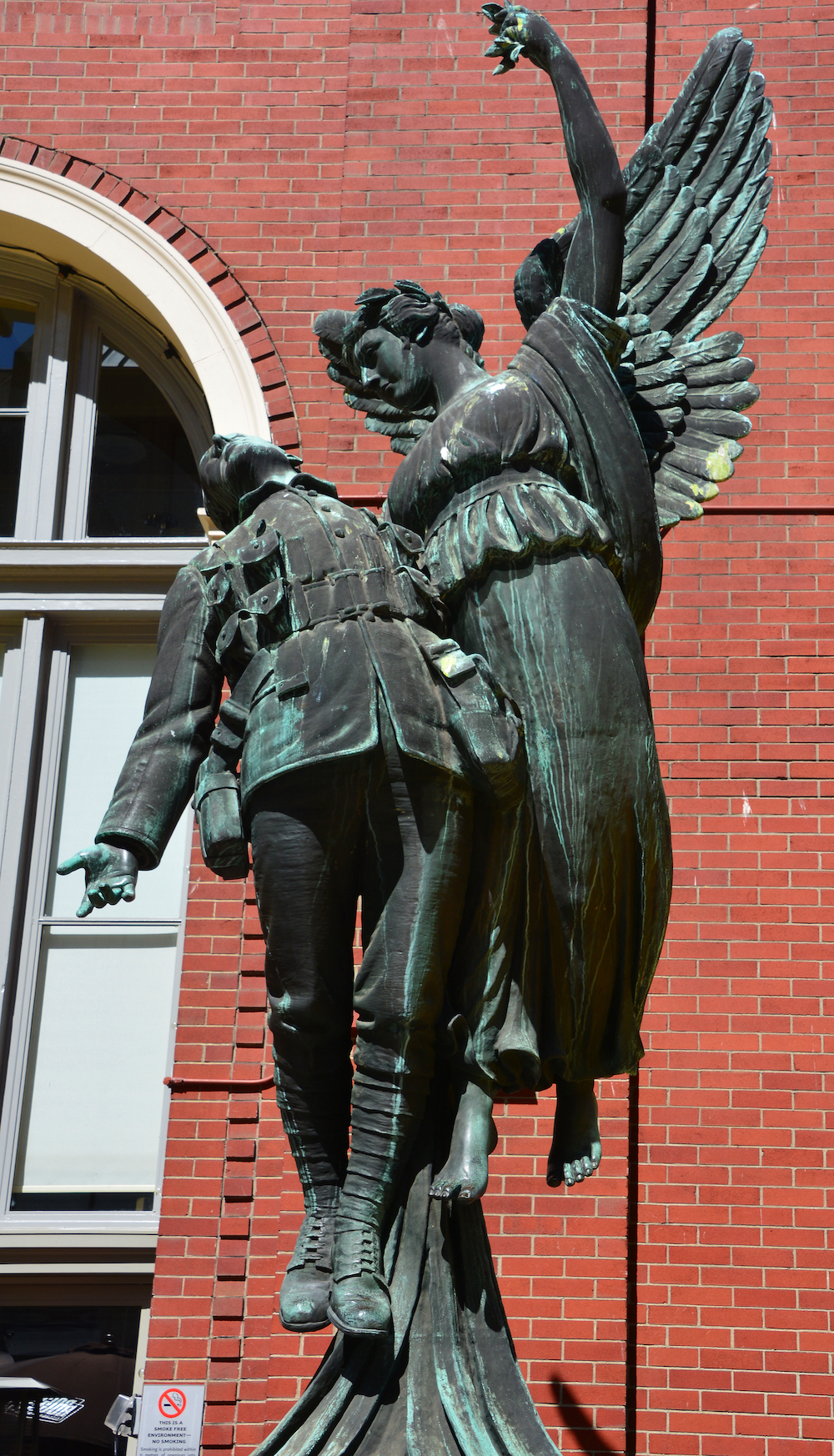 The petition, which had over 500 signatures at the time of publishing, calls for the brewery to “stop the use of this logo and apologize in advance of Remembrance Day 2021.”

“The Angel of Victory statue was created for the sole purpose of remembrance: that all who look upon it should remember the terrible cost of war. This image should not be used to turn a profit selling beer,” read the petition description.

“This logo is a disrespectful distortion of an evocative and important memorial. It is not an homage. It is not harmless.”

Steamworks confirmed it would be removing the illustration and replacing it with something new.

“The art in question took its inspiration from the statue and sympathetically adapted elements of it,” a Steamworks representative said.

“While we feel it respectfully repurposes local art, a local monument and evolves classical themes from which the sculptor himself took inspiration, we will be removing this art where it is used and be replacing it with a cherub instead.” 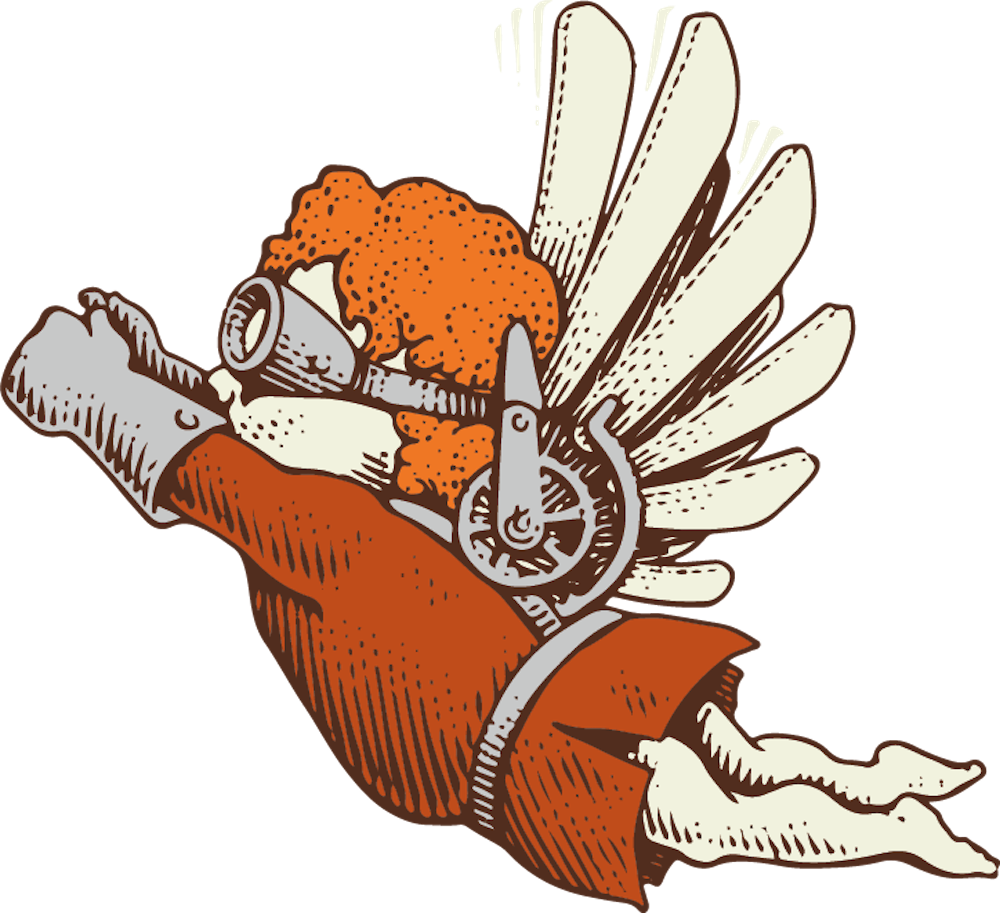