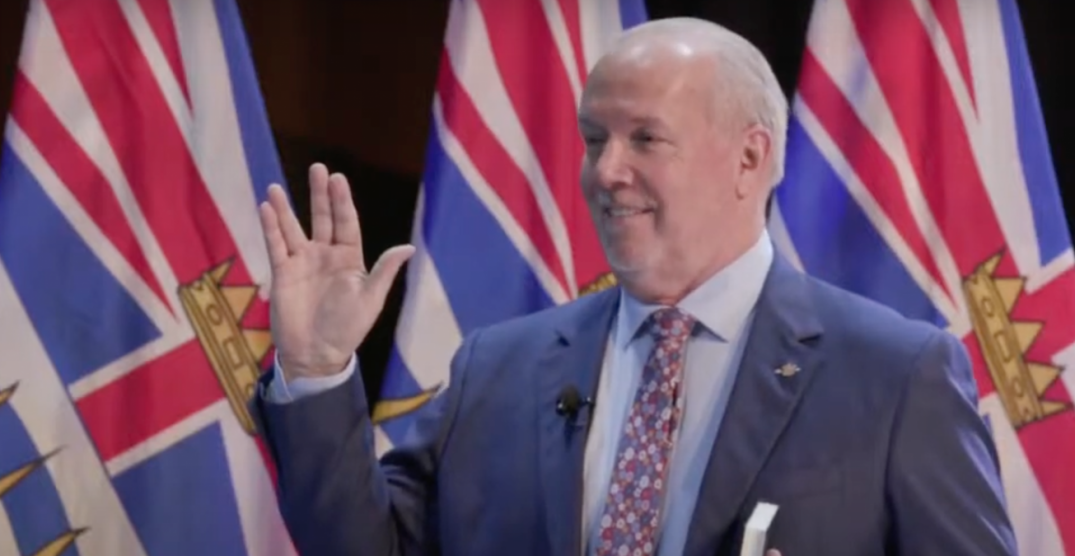 BC Premier John Horgan received an outpouring of support after announcing that he’d be undergoing a medical procedure for a lump discovered in his throat.

The Premier explained that he noticed the lump several weeks ago. After a number of visits to the doctor, tests revealed a growth in his throat that would require surgery.

One message he received, however, was light years ahead of the rest. American actress and author Kate Mulgrew tweeted out to Horgan, wishing him a “warp speed” recovery.

Best captain ever! Thank you @TheKateMulgrew – it’s an honour to be part of your crew. https://t.co/TXuTwE6j3E

Horgan responded, calling her the “best captain ever” and saying that it’s an “honour to be a part of [her] crew.”

It’s no secret that the Premier is a self-proclaimed Trekkie, either.

During his swearing-in ceremony in late 2020, Horgan flashed the iconic Vulcan salute from the Star Trek series. He’s even sported the badge to work before.

Wearing my new #StarTrek com badge. @michellemungall and I are co-chairs of the #bcndp Geek Caucus. #bcpoli pic.twitter.com/R4VqnC6VHb

Horgan is expected to undergo a medical procedure sometime on Friday.