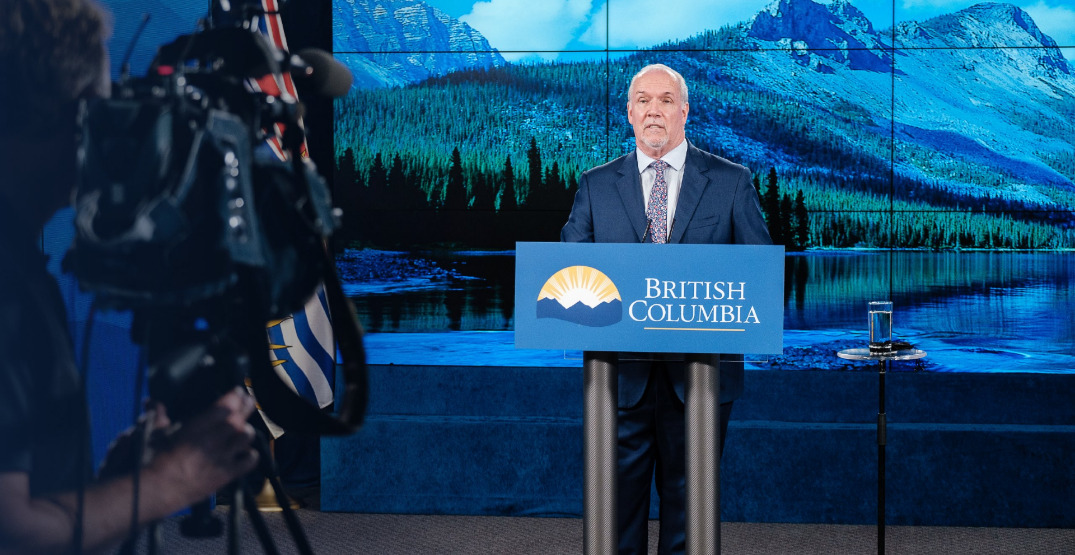 BC Premier John Horgan is expected to undergo a medical procedure Friday after a lump was discovered in his throat.

Horgan noticed there was a lump in his neck and, after a series of tests, he was informed that he would need surgery to remove it.

Further treatment may be necessary after the initial procedure.

“After noticing a lump in my neck, I went to the doctor to get a number of tests over the past few weeks. Those tests have revealed a growth in my throat that requires surgery tomorrow. Any further treatment will be determined after the surgery,” said Horgan in a statement.

While Horgan undergoes his procedure, BC Public Safety Minister Mike Farnworth will be appointed Deputy Premier.

Horgan plans to continue his duties as Premier during this time, and Minister Farnworth will be standing by in support, if needed.

I’ve been here before and I’m not alone. People across BC receive news like this every day.

My message to all British Columbians: if you’re concerned about something, don’t put it off. Please get it checked as soon as you can. pic.twitter.com/PBUdqBBfUE

“I will continue in all my roles as Premier, head of the executive council, the current chair of the Council of the Federation,” he added.

“I have been here before and I am not alone. People all around the province receive news like this every day.”

Horgan expressed the importance of seeing a doctor if issues like this pop up.

“My message to all British Columbians is, please don’t wait. If you are concerned about something, don’t put it off. Go see a doctor, go to an urgent and primary care centre to get it checked out as soon as you can.”