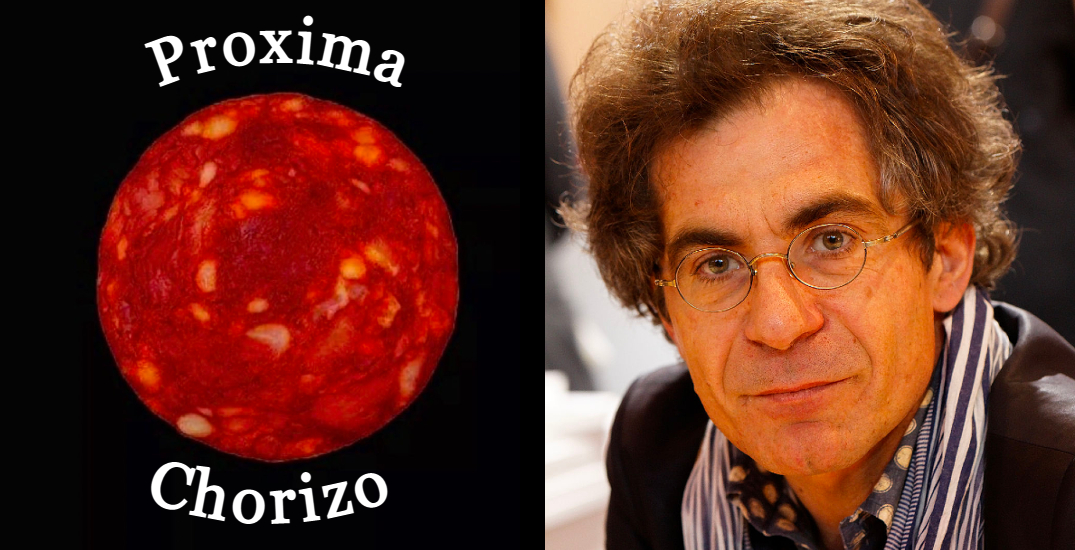 A renowned French physicist is being roasted on Twitter after sharing a photo of a nearby star, which turned out to be a piece of sliced chorizo.

On July 31, award-winning scientist Etienne Klein — who is famous enough to have his own Wikipedia page, by the way — shared an image of what he thought was Proxima Centauri, the closest star to the sun.

“Photo of Proxima Centauri, the closest star to the Sun, located 4.2 light years from us,” he wrote in French. “It was taken by the James Webb Space Telescope (JWST). This level of detail… A new world is revealed day after day.”

Unfortunately, Klein was soon made aware that the luminous photo of a red-hot star he’d shared was a whole different kind of star — a slice of the delicious and spicy Spanish chorizo sausage.

At first, Klein blamed a boozy drink for clouding his expert judgment.

“Well, when it’s time for the aperitif, cognitive biases seem to have a field day,” he wrote. “Beware of them. According to contemporary cosmology, no object belonging to Spanish charcuterie exists anywhere but on Earth.”

The response was actually pretty funny, until the 64-year-old decided to add another tweet to his thread, claiming he was only joking in the first tweet and meant for it to be some kind of lesson about misinformation…?

“In view of some comments, I feel compelled to clarify that this tweet showing an alleged snapshot of Proxima Centauri was a form of amusement. Let us learn to be wary of arguments from authority as much as of the spontaneous eloquence of certain images…”

This teachable moment reeked of BS, and Klein was called out immediately by his followers and peers.

“The only way not to fall into the manipulation of ill-intentioned people is to trust scientists. Many have seen your original tweet, but not the patch. You should have clarified that it was humour in the same message,” wrote one follower.

Others said that though the joke was funny, it was pretty ambiguous given the high-credibility source it was coming from. The original tweet did not seem to have a humorous tone.

“Your name provides a guarantee so that it does not seem necessary to verify the information!” said Twitter user David Aknin. “A salutary reminder as to the fact that he [Klein] made people doubt everything.”

Do you think the “joke” was obvious from the first tweet? Or did Klein just try and save face using the “it was just a prank, bro” defence?

Regardless of what the truth is, we can safely say both Proxima Centauri and mouthwatering chorizo are “heavenly” objects in their own right.

Let’s just hope this French physicist never sees the infamous photo of Jupiter that looks way too much like a dosa.

Is it just me or does this image of Jupiter remind you of a Dosa? pic.twitter.com/DpdNKtzKPF