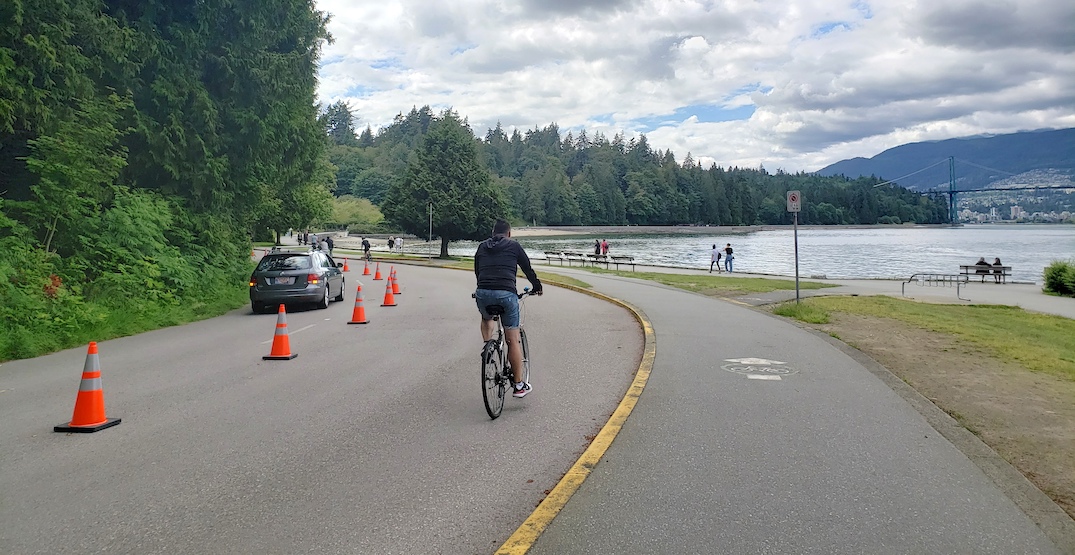 Are you happy with the temporary road changes to Stanley Park, and are you now visiting the park and its attractions more often or less? Do you want the roadway system to revert to its pre-pandemic condition?

The Vancouver Park Board has launched an online public consultation on its current road system on Stanley Park Drive of splitting the two-lane roadway for two different modes of transport, with the right lane for cyclists and the left lane for vehicles.

Orange pylons delineate the separation along the 10-km-long roadway along the perimeter of the park; however, cyclists are also allowed to maneuver into the vehicle laneway.

These measures were implemented to allow for safe physical distancing, as the narrower segments of the seawall are challenging to accommodate pedestrians, cyclists, and people using mobility devices, according to the municipal government.

Cyclists have been banned from the seawall since early April, when the Park Board closed vehicle access on Stanley Park Drive and turned both lanes into an exclusive dedicated cycling pathway. At the time, during the initial onset of widespread business closures, the Park Board stated this was also a mitigation measure for the sudden spike in vehicle traffic within the park.

Then in late June, changes were made to the roadway that allowed the return of vehicles. Businesses within the park reopened at around the same time.

But the road connections for vehicles between the Stanley Park Causeway and Stanley Park Drive at the northern end of the park, near the Lions Gate Bridge, remain closed to vehicles as part of the temporary road system. 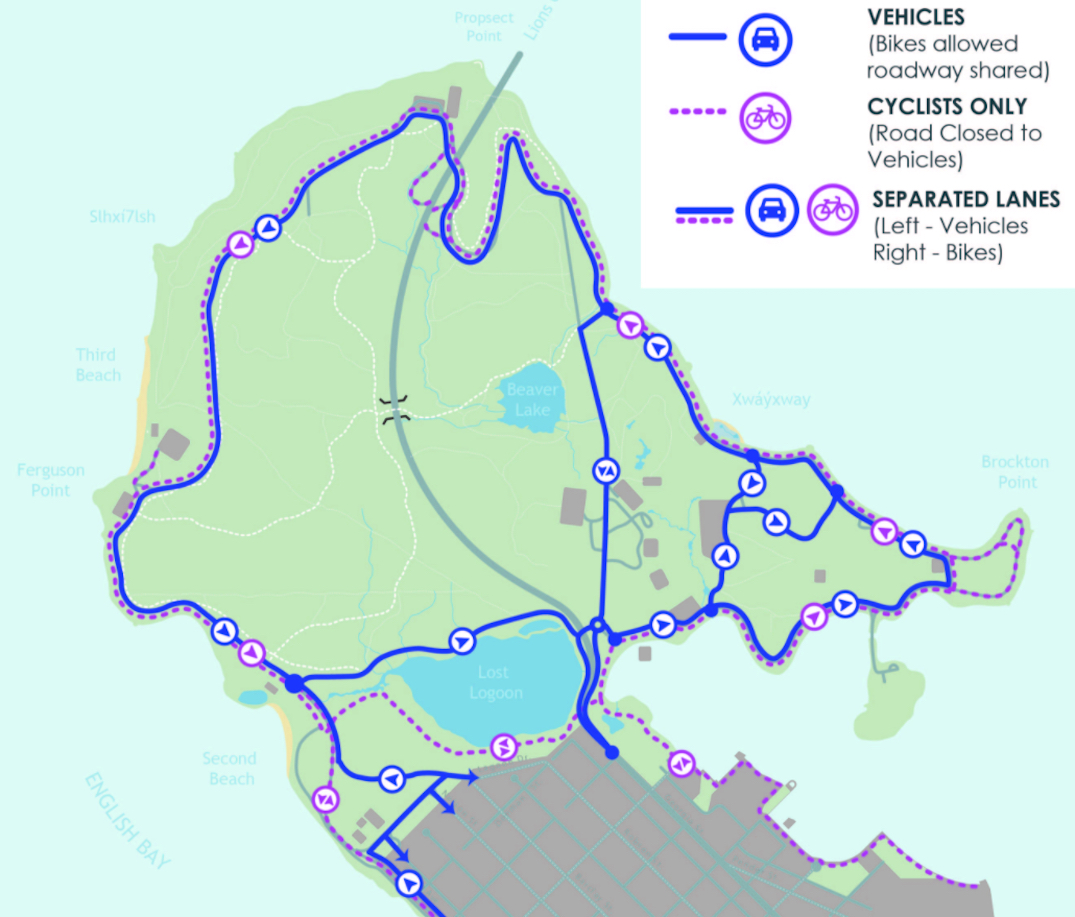 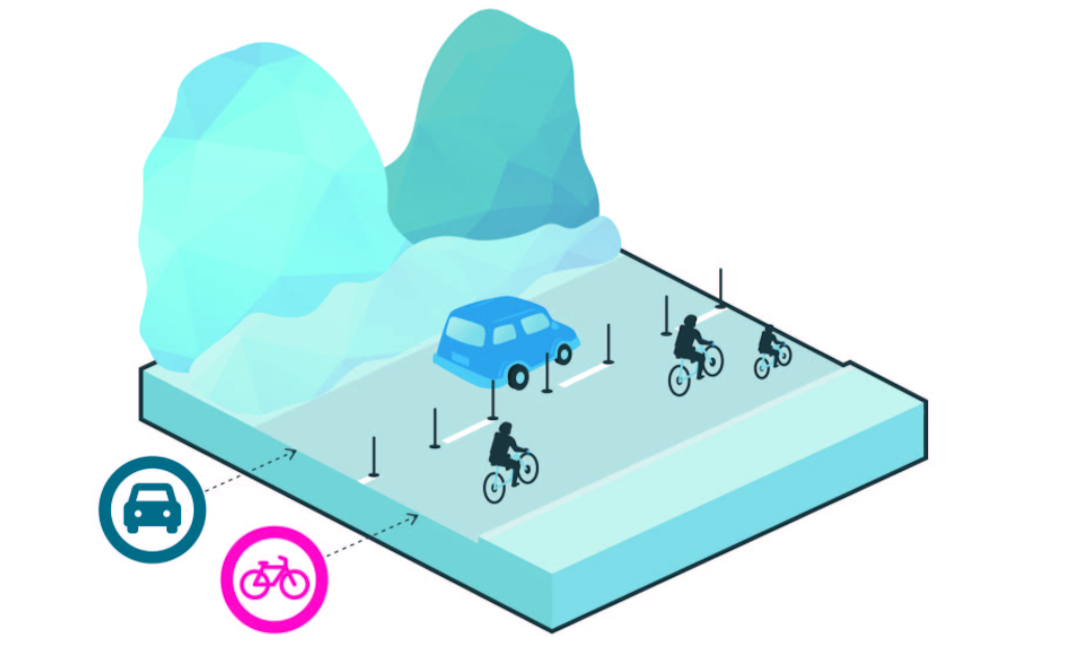 However, restaurants at the far edge of the park are threatening to challenge the Park Board in court over the roadway and parking changes. The businesses assert the overall reduced accessibility has compounded the negative effects they have experienced from COVID-19.

Vehicle traffic congestion has been reported to be an issue, with a single travel lane and limited passing opportunities. In particular, the reopening of Stanley Park Horse-Drawn Tours, which uses the vehicle lane, has led to traffic delays upwards of 30 minutes.

About a quarter of Stanley Park’s parking stalls have been removed to allow for the new roadway reconfiguration. But most of the parking closures are located at the fringes of the park, specifically at Brockton Point, between Lumberman’s Arch and the steep hill of Stanley Park Drive, Prospect Point, Third Beach, and Second Beach.

There have been relatively minimal changes to the southern half of the park, closest to downtown; no changes were made to the parking lots serving the Vancouver Aquarium. 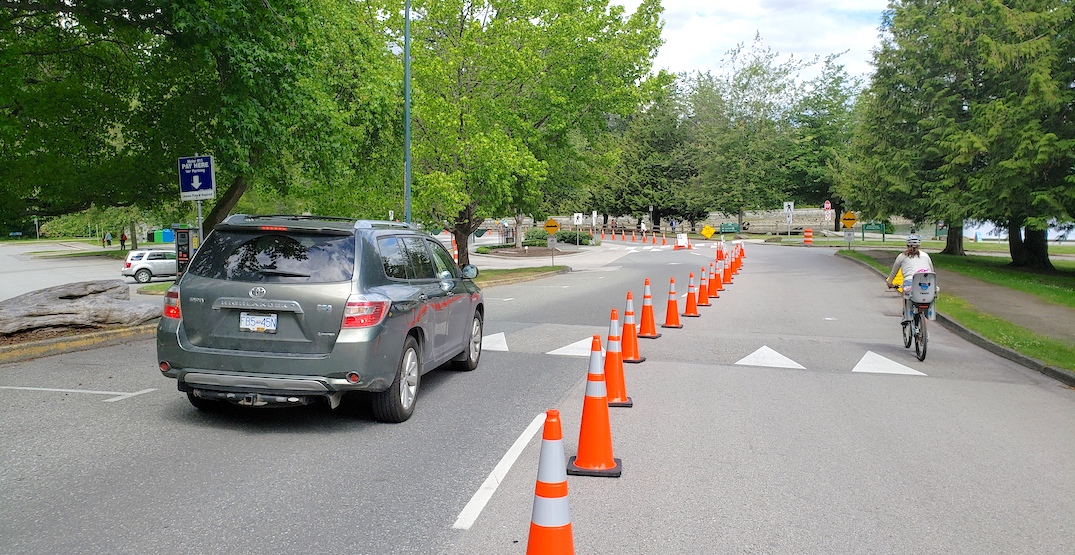 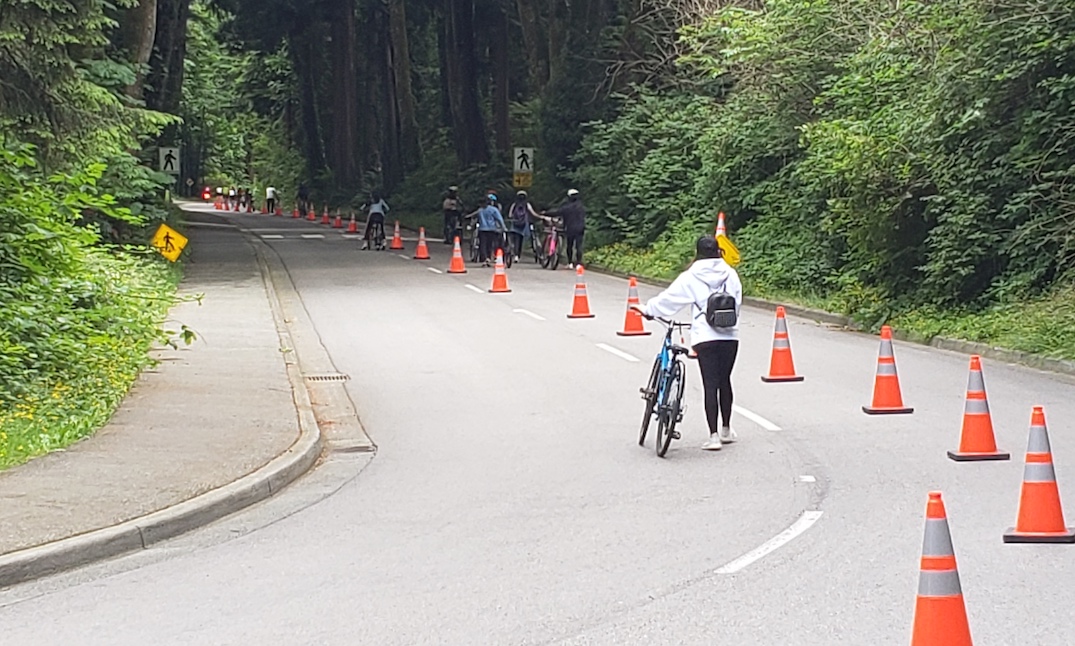 Visitation and cycling statistics for Stanley Park from the spring and early summer show an increase compared to 2019, but according to Metro Vancouver Regional District and City of Vancouver statistics these trends are being experienced elsewhere and are not unique to this specific park.

The Park Board’s survey seeks feedback on the existing road system and potential changes, including the importance of the seawall experience, the challenge for some recreational cyclists of climbing up the steep hill before Prospect Point, and suggestions of car-free days and permanent separate road space for cyclists. The survey ends on September 13.

In early June, Park Board commissioners also approved a longer-term study on permanently reducing vehicle traffic within the park.