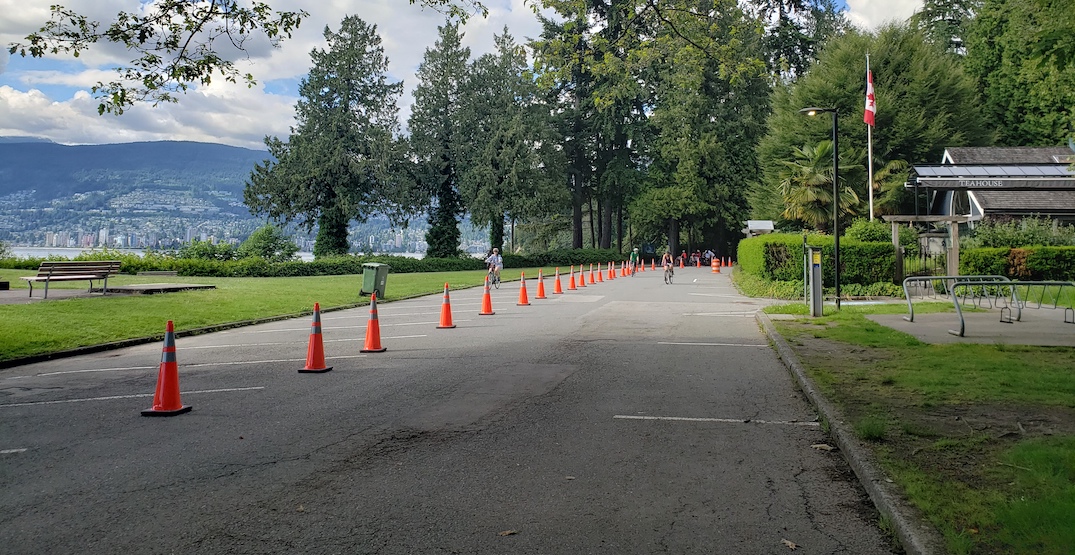 Bike lane through the parking lot of The Teahouse. (Kenneth Chan / Daily Hive)

Five weeks after Stanley Park Drive partially reopened to all vehicles, the businesses in the park say their worst fears of the negative impact of the road and parking changes to accommodate cyclists have been realized in full.

Stacy Chala, a spokesperson for the Capilano Group, told Daily Hive Urbanized they initially experienced an increase in cyclists at their Prospect Point cafe and ice cream outlet, but as summer progressed, the volumes have waned.

The Prospect Point parking lot serving their attraction is completely closed to vehicles for the Vancouver Park Board’s one-way bike lane route that detours from the main roadway.

Their full-service restaurant — the main attraction of the business — continues to “suffer immensely” because of the lack of vehicle parking, she says. The major business cannot survive solely on cafe items and ice cream.

“We are uncertain how much longer we will be able to remain open,” said Chala. 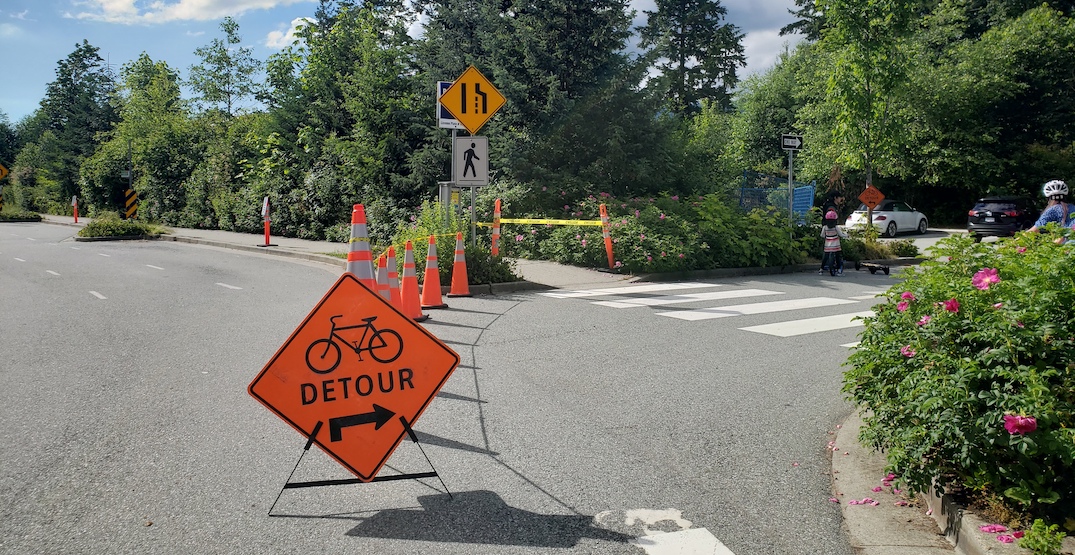 The Teahouse near Third Beach, on the west side of the park, says they are in the same position as Prospect Point, with the restaurant currently operating below 30% of their regular business.

“We’re experiencing extreme challenges as the guests have a lack of confidence due to the lane closure and limited parking,” said Michelle Lan with The Teahouse. “This confusion and uncertainty is a large deterrent.”

Lan says The Teahouse, which is owned by the Sequoia Company of Restaurants, has completed an independent study that analyzed the “real-time feasibility” of Stanley Park Drive’s bike lane and the “ongoing threat it poses to the park’s businesses and visitor safety.”

The restaurant says they have been severely impacted by the Park Board’s decision to divert the bike lane through their parking lot, effectively eliminating about 80% of the available public parking stalls at Third Beach and Ferguson Point.

Their observation is based on footage captured by on-site cameras in front and behind the restaurant property, over a one-month period from June 13 to July 12 from 9 am to 9 pm daily.

They say daily cyclist numbers only reached as high as 6,400 per day — far lower than the Park Board’s initial estimate of between 10,000 and 11,000 cyclists each day over the summer. The actual number of casual cyclists (leisure riders alone or in a group) and serious cyclists (experienced road cyclists with professional equipment) is far lower than anticipated.

Cyclist volumes also reached a low of 209 on one of the days during the observation period — less than a tenth of the Park Board’s estimate of 2,500 cyclists on a slow day.

Furthermore, they believe the number of actual cyclists is likely even lower, as they observed serious riders typically riding Stanley Park Drive’s looping route multiple times in a single day. Their estimated variance for the study is 5% to 10%, as all data was calculated manually. 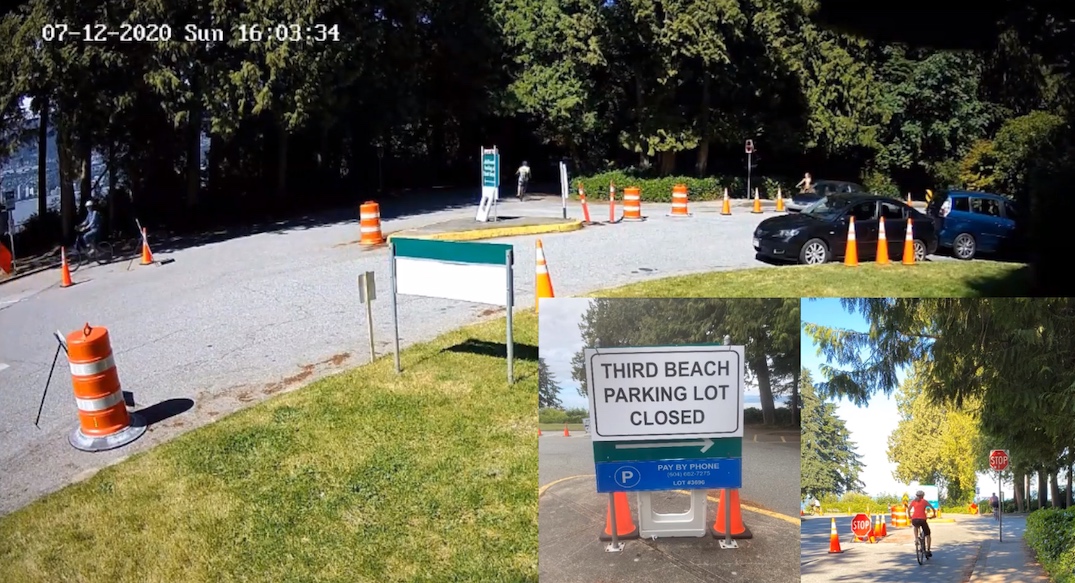 Camera footage of cyclists failing to follow the stop sign into the Third Beach parking lot, outside The Teahouse. (The Teahouse)

Additionally, restaurant operators say many of the cyclists have been ignoring traffic rules at the corner of Stanley Park Drive and Third Beach, with many cyclists captured on camera disobeying the stop sign at the intersection.

The Third Beach parking lot is closed to car traffic as the bike lane is unsafe to cross, given that most cyclists are refusing to stop.

“The current set up is not working and is simply unsustainable, but the Vancouver Park Board is not taking any action to rectify the situation,”said Brent Davies, owner of Sequoia Company.

“Based on our first-hand research, it’s clear that the cycle traffic is not significant enough to justify the devastating impact this new bike lane is having on the park’s local economy and the safety risk it poses to park users.”

Elsewhere on Stanley Park Drive, road traffic congestion is now a frequent problem, as cars are unable to go around the carriages of Stanley Park Horse-Drawn Tours, which uses the single travel lane for vehicles.

The controversial bike lane on Stanley Park Drive is intended to be temporary, but Park Board commissioners have also asked staff to examine longer term options to permanently reduce vehicle traffic in the park.