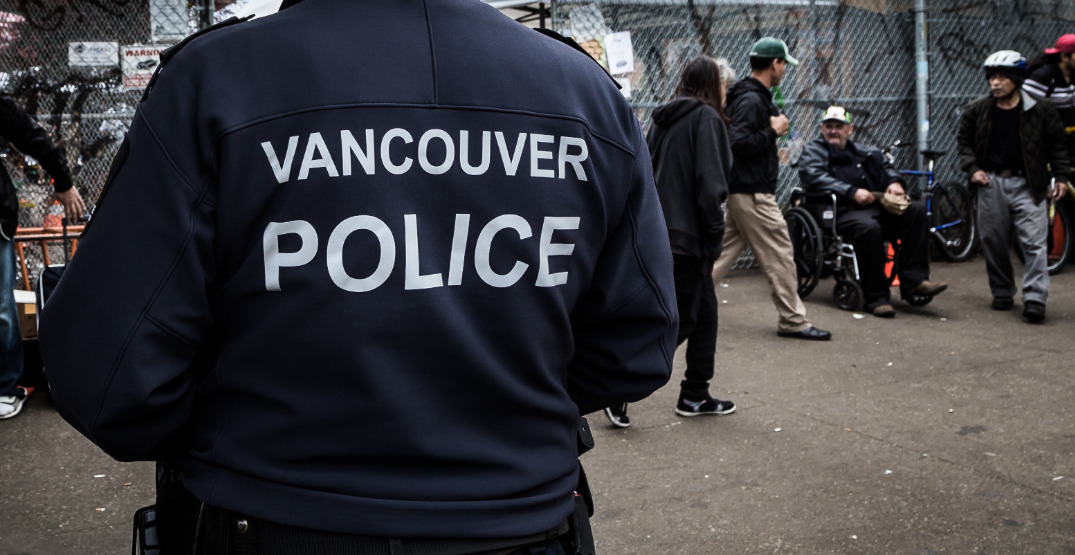 All of the violent incidents took place between Tuesday and early Wednesday morning, between 1 pm and 2 am.

Vancouver police are still reviewing the stabbings to see if they’re connected.

The first victim was stabbed in the back, and was suffering from a life-threatening injury. He was taken to hospital, and is expected to survive.

VPD tracked down a 27-year-old suspect to a room inside an apartment building near Powell and Dunlevy Streets. They had learned that the suspect had consumed a large amount of fentanyl. Officers broke down the door to his apartment, and found the suspect unresponsive due to suffering from an overdose.

Officers then administered naloxone to bring him back to consciousness, and he was taken to hospital for further treatment. The VPD says they expect charges in this case.

Just after 1 am, officers responded to reports that a 55-year-old man was stabbed in the neck, face and shoulder near East Hastings and Columbia. He was taken to hospital, and is in stable condition.

The VPD believes the suspect is still outstanding.

The last incident occurred just before 2:30 am, when a 28-year-old man was stabbed in his arm, ribs and buttock near Water and Carrall Streets. The victim was taken to hospital for serious injuries, and no arrests were made.

“As disturbing it is to know that these serious crimes occurred back to back, we do not believe there is any threat to the public at this time,” said VPD Constable Tania Visintin in a statement.

All of the stabbings that took place in the Downtown Eastside are still under investigation, and VPD are asking anyone with more information to contact them.