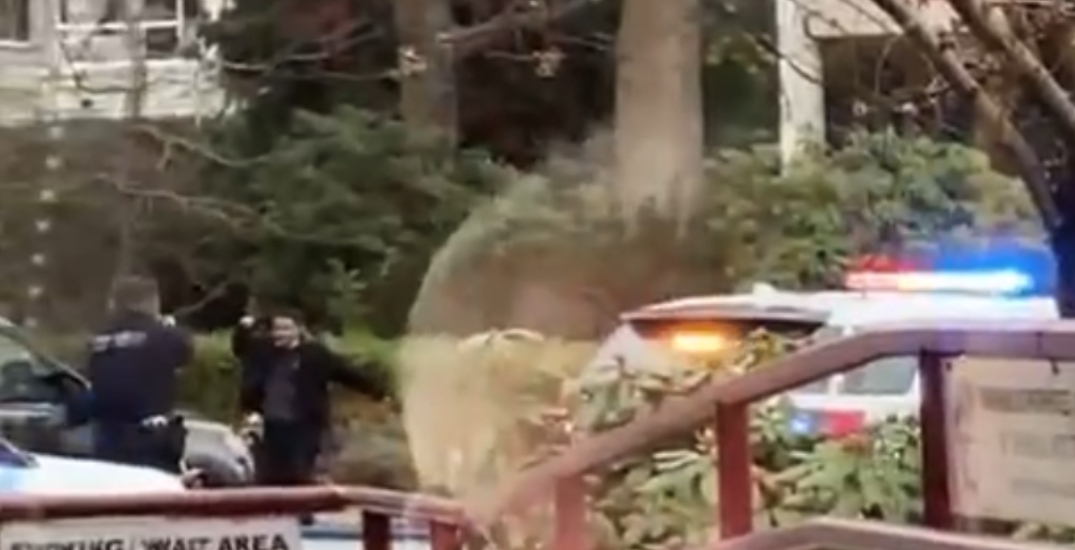 Multiple people were stabbed in North Vancouver on Saturday afternoon.

North Vancouver RCMP said “multiple victims” had been stabbed inside the Lynn Valley Library, as well as outside the building.

Officers said on social media that they were looking for “potential additional victims.” They did not clarify if there had been any fatalities related to the incident.

Police have arrested one suspect who they believe acted alone. There is no ongoing threat to the public, the RCMP said.

#ALERT: informing the public of multiple victims stabbed within & outside #LynnValley Library. One suspect in custody. Appears this was a lone suspect. No ongoing threat to public. We are still looking for potential additional victims. Any witnesses please call us at 604-985-1311

Amy Robertson, a spokesperson for BC Emergency Health Services (BCEHS), confirmed to Daily Hive that six patients were transported to hospital from the library.

BCEHS were called at 1:46 pm, Roberston said. Eleven ambulances and two supervisors were sent to the scene.

Sergeant Peter DeVries with the North Vancouver RCMP said no further information on the incident was available at this time.

This is a developing story.