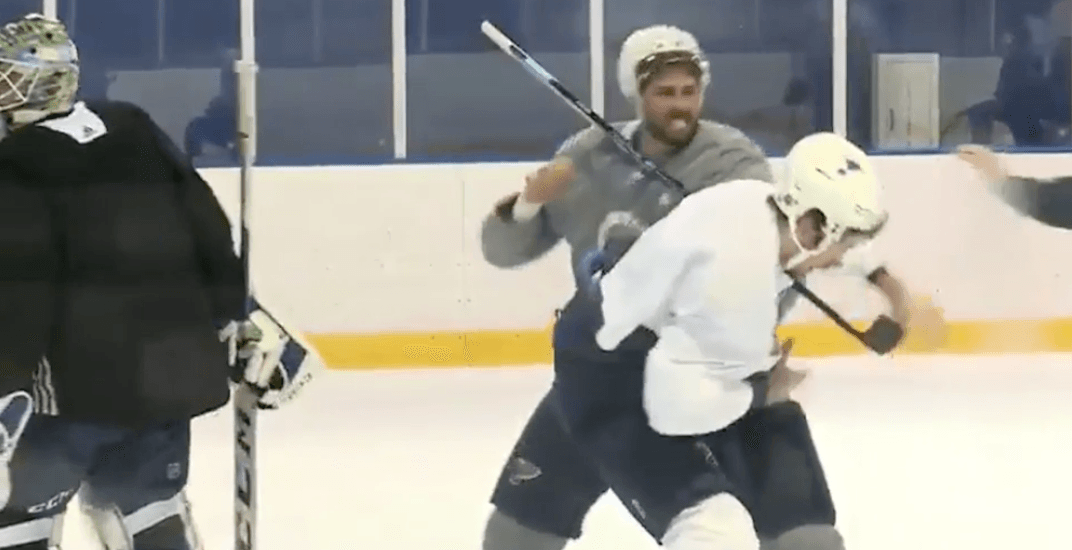 The St Louis Blues are in a crisis of sorts after getting booed off home ice following a 6-1 loss to the Vancouver Canucks on Sunday.

Brock Boeser and Elias Pettersson had their way with St Louis. Boeser picked up his second career hat trick, while Pettersson had his second five-point game of the season and was named NHL First Star of the Week.

“We gave up eight scoring chances in the game and six goals against,” said new Blues head coach Craig Berube. “There are a lot of areas that have to be better tonight, for sure.”

The Blues aren’t a good team this year, but losing badly to the Canucks — a team that dropped 12 of their previous 14 games — was a new low.

Vladimir Tarasenko even felt the need to apologize for his team’s effort.

“I apologize to all our fans,” he said. “We can’t play at home like this. I don’t know how to fix it. We work on it but it doesn’t work for now.”

Tarasenko: “I apologize to all our fans. We can’t play at home like this. I don’t know how to fix it. We work on it but it doesn’t work for now.”

Steen: “Right now we’re not committed enough to what we want to accomplish”

Schenn: “We’re a fragile group. It comes with losing”

Not long after the game, the Blues called up goaltender Jordan Binnington from the minors, while Johnson found his way on waivers.

No, not that Chad Johnson, but hilarious stuff from Ochocinco nonetheless.

Tensions boiled over at Monday’s practice, when teammates Robert Bortuzzo and Zach Sanford got into a fight, with Bortuzzo landing a couple of good punches.

Meanwhile, rumours have circulated that the Blues might be willing to offload their captain, Alex Pietrangelo.

The Canucks will hope the Blues remain a wreck for the foreseeable future, as these two teams meet again at Rogers Arena on December 20.