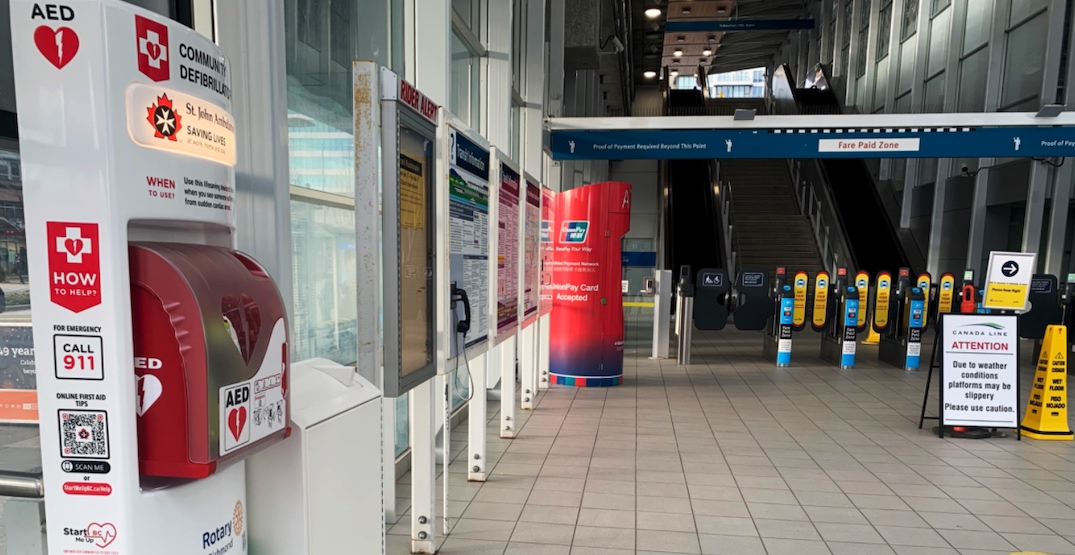 The close proximity and accessibility to automated external defibrillators (AEDs) greatly increases the likelihood that lives will be saved during sudden cardiac arrest events.

That is why the City of Vancouver is now supporting efforts by the BC & Yukon division of St. John Ambulance to install 1,000 additional devices in public areas across Metro Vancouver.

For its part in the region, Vancouver City Council approved last month a motion by Green Party councillor Pete Fry that directs city staff to report back on opportunities to install publicly accessible defibrillators (PADS) in locations across Vancouver.

In addition to supporting St. John’s Ambulance’s “Start Me Up” campaign, this could include the greater availability of PADs through public benefit amenity agreements with developers in new building developments, located at city-owned facilities and appropriate public spaces, and partnerships at key locations for tourists, entertainment, public transit, and public gatherings.

Stands with PADS can be easily used by bystanders assisting someone with a sudden cardiac arrest.

The stands also come with a first aid kit and a naloxone overdose prevention kit to help save more lives in different types of medical emergencies.

“After learning about Start Me Up BC, I was really motivated to push for policies that could support more publicly accessible lifesaving interventions in our city. St. John Ambulance’s stands that combine AEDs, naloxone and first aid supplies will provide these critical lifesaving interventions for our residents and visitors during crisis situations where every minute counts,” said Fry.

“The unanimous council support for this program came after compelling support from our first responders and a heartbreaking and very personal account from one of our council colleagues who had lost a parent to sudden cardiac arrest.”

St. John Ambulance’s Start Me Up BC’s stands are temperature controlled and weather resistant, allowing the devices to be placed outside or inside, available 24/7. To protect the stands from theft, an alarm is set whenever the cabinet is opened, a camera takes a photo of the person accessing it, and a St. John Ambulance staff member is alerted by phone call. 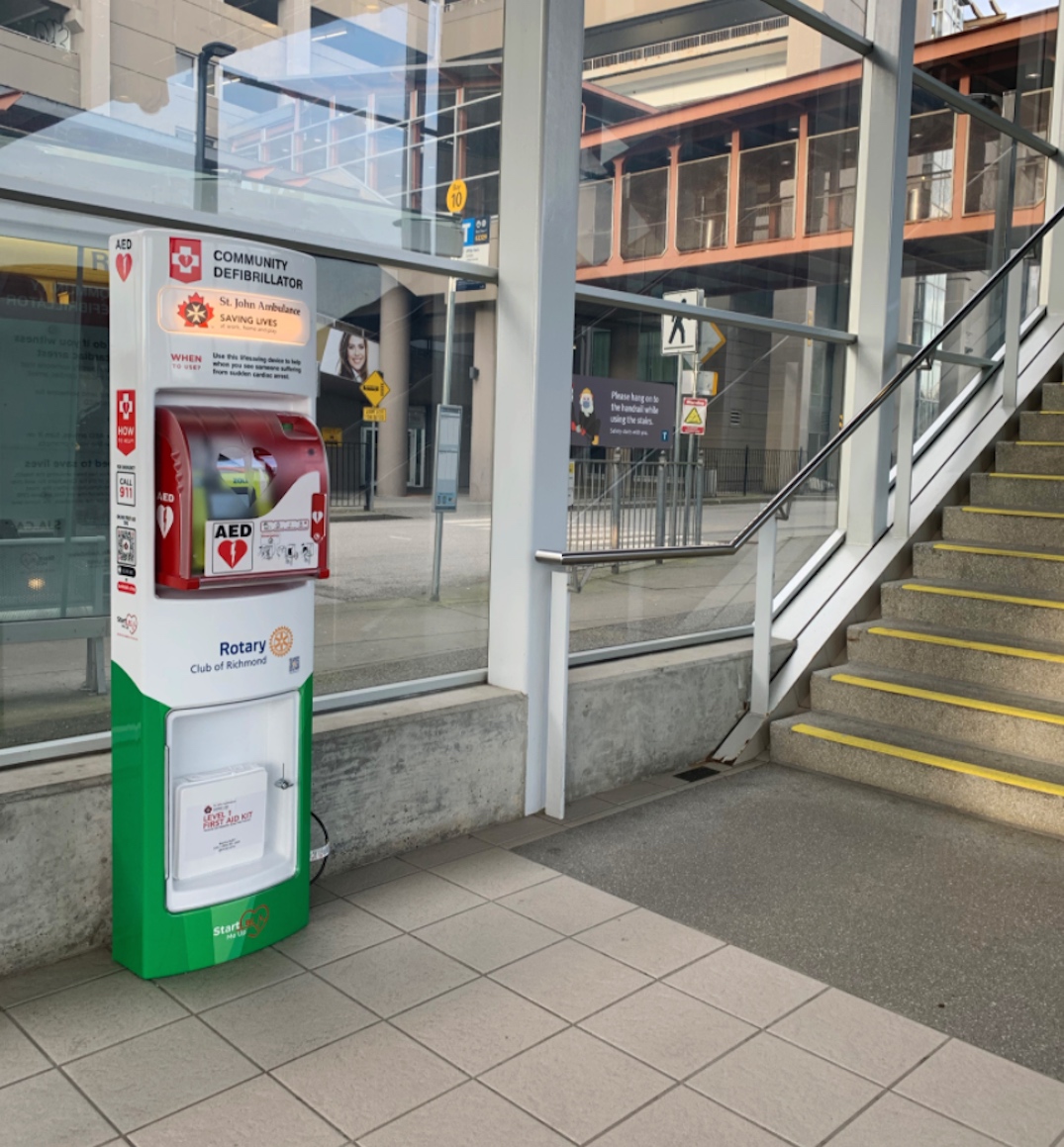 Since launching in early 2021, Start Me Up BC has installed public stands at nine locations within the Lower Mainland, including five SkyTrain stations in Richmond — located at Bridgeport, Richmond-Brighouse, Lansdowne, Aberdeen, and Templeton. Two of these stands were made possible by $8,000 in fundraising by the Richmond Rotary Club.

Three other stands under the program were installed at Crescent Beach in Surrey and one in Townsend Park in Chilliwack.

There are currently 75 AEDs across Vancouver, mainly inside buildings with set opening hours.

“We have high hopes about this program and believe it will make a positive impact when it comes to the willingness of bystanders to respond during emergencies,” said Ty Speer, CEO of St. John Ambulance BC & Yukon.

“AEDs, naloxone and first aid has saved so many lives, these stands will help save many more. We are very grateful to the city of Vancouver for their support and are excited to see what comes next.”

For drug overdoses, naloxone can reverse the effects of opioids within three to five minutes.

Between January and October 2021, there were 1,782 deaths related to opioid overdose, which is already the highest number of deaths due to drug toxicity ever recorded in the province in a calendar year, including at least 200 in October. The total for the first 10 months of 2021 exceeds the 1,716 deaths recorded for all 12 months of 2020.