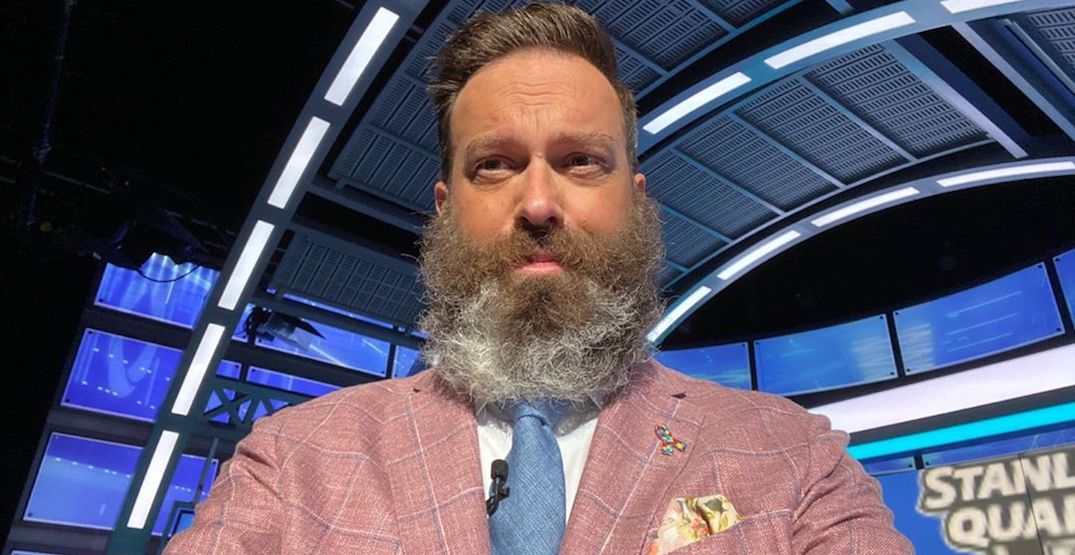 When the NHL halted play back in March, Elliotte Friedman stopped shaving.

The popular hockey broadcaster grew a pandemic beard that would make Joe Thornton proud, then he kept it when he returned to the air for Sportsnet’s NHL playoff television coverage.

The outrageously glorious beard is about to be a footnote in history though.

Friedman has announced that he will be shaving the beard off, but not before using its special powers for good, by raising money for charity.

“It is time,” Friedman said in a recent Instagram post. “My wife (and many of you) want an end to this facial madness. But let’s do some good!”

The “Epic Beard Shave” has already surpassed its $10,000 goal and is still taking donations, with more than $13,000 already raised in support of the Steve Ludzik Foundation and the Holland Bloorview Kids Rehabilitation Hospital Foundation.

Named after the former NHL player and coach, the Steve Ludzik Foundation is a rehabilitation program for those living with Parkinson’s disease and their families. Holland Bloorview Kids Rehabilitation Hospital cares for children with disabilities, needing rehabilitation after illness or trauma, and kids whose medical complexity requires extra care.

“Let’s Clear the Beard! I will take photo suggestions on what to do with it,” Friedman adds.

It is time. My wife (and many of you) want an end to this facial madness. But let’s do some good! As an incentive, please donate to my Epic Beard Shave in support of @thesteveludzikfoundation & Red Shoe Fund, which supports @hollandbloorview. Let’s Clear the Beard! I will take photo suggestions on what to do with it. Anything helps, thank you in advance, please donate here: (link in bio, too) foundation.hoteldieushaver.org/site/epicbeardshave

*Update: the beard is gone, but you can still donate to the cause.

Donations continue to be accepted in link on bio. Thank you for your generosity — very impressive