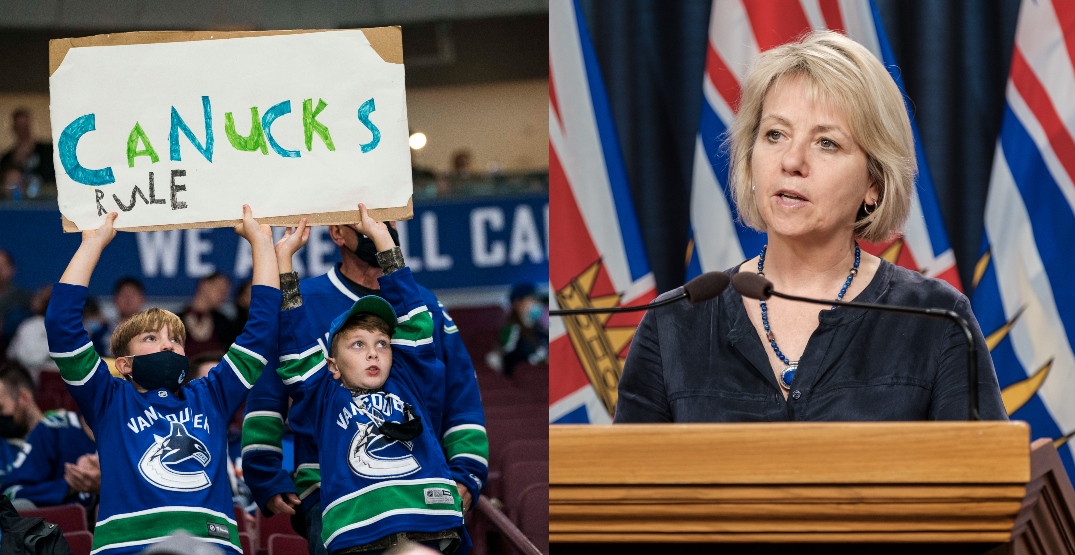 The Vancouver Canucks could be playing in front of a sold out crowd at Rogers Arena in two weeks’ time.

The Canucks are currently the only team in the NHL without approval to play games at full capacity, as governments in Alberta, Manitoba, Ontario, and Quebec have given the go-ahead already. The current health order restricts capacity to 50% for indoor events, including those held at Rogers Arena and BC Place.

Announced attendance for the Canucks’ last preseason game on Saturday was 9,350. When the Canucks last hosted fans for regular season games, the team could host as many as 18,871 fans.

That may change on October 24, when attending events like a hockey game or a concert will require full vaccination. The first regular season Canucks home game is on October 26.

“Our intent was always when the full vaccine card came into effect, that we would be able to go to 100% capacity and take away some of the other restrictions that we have in some events like around dancing and remaining seated,” Dr. Henry said today. “So those are things we’re looking at. Looking at the epidemiology in different parts of the province and where this might not be in effect — seeing the situation in the north comes to mind — so we will be making a decision about that by the end of this week.

“I know that people need to have some time to plan, but we are actively looking at that right now.”

The Canucks, for their part, began selling single-game tickets last week with the assumption that games will be at full capacity. They’ll have to provide refunds or credits if games aren’t held at 100%.