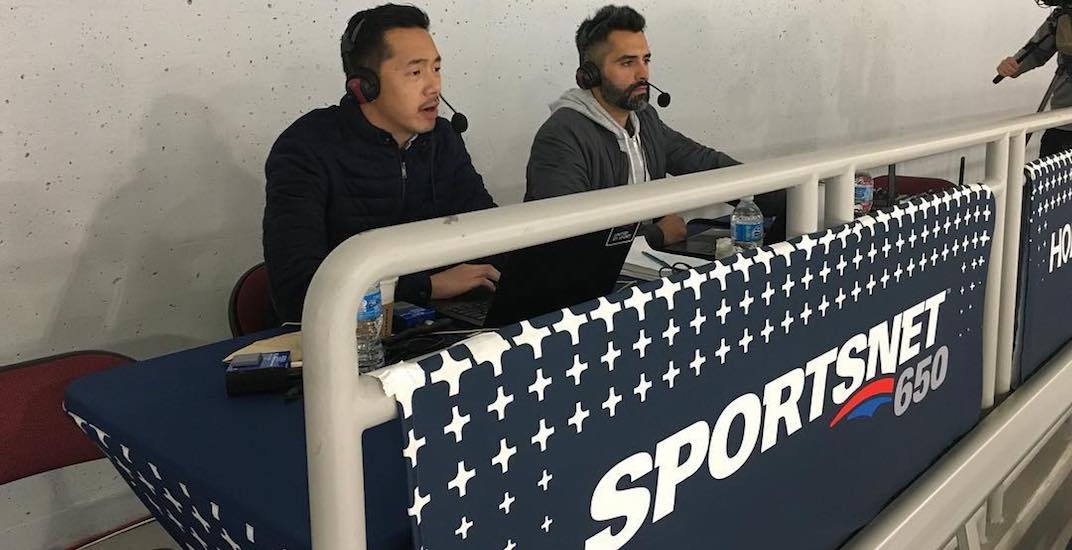 Four on-air staffers have been let go from Sportsnet 650 today.

Hosts Rick Dhaliwal and Jawn Jang have been laid off by the all-sports radio station, as have producers Cam Mitchell and Kellan Tochkin.

The layoffs, which were first reported by Canucks beat writer Patrick Johnston of Postmedia, have since been confirmed by the quartet of media personalities.

“Want to thank the great staff for the last two years,” said Dhaliwal, a well-connected journalist who became a go-to source for breaking Canucks news. He was a fixture on the station’s morning show alongside James Cybulski and Perry Solkowski.

Today was my last day at SN 650.
Want to thank the great staff for the last 2 years.
So much fun with @JamesCybulski and @psolkowski
Don’t know what the future holds.
Thanks for all the texts and DM’s.
Will try and return them all soon.
Good day everyone!

Jang was part of Sportsnet’s original lineup when the station launched in September 2017. He co-hosted the mid-morning show alongside Satiar Shah.

“It’s been a dream since Day 1 and I am privileged to say I was there from the beginning,” Jang said.

Thank you and see you soon.

The station is also making changes to its lineup beginning on Monday, a Sportsnet spokesperson confirmed with Daily Hive.

Scott Rintoul is moving to the mid-morning time slot, with Satiar Shah taking his place as Andrew Walker’s co-host for the afternoon drive show. Bik Nizzar is getting a regular on-air spot, alongside Rintoul for Canucks Central at Noon.

Sportsnet has cut a number of staff on the West Coast in recent weeks.

Nationally, the station made headlines when they let go Nick Kypreos, Doug MacLean, and John Shannon in August. Many people are speculating that Sportsnet has not had a good return on their record-breaking 12-year, $5.232 billion NHL rights deal.