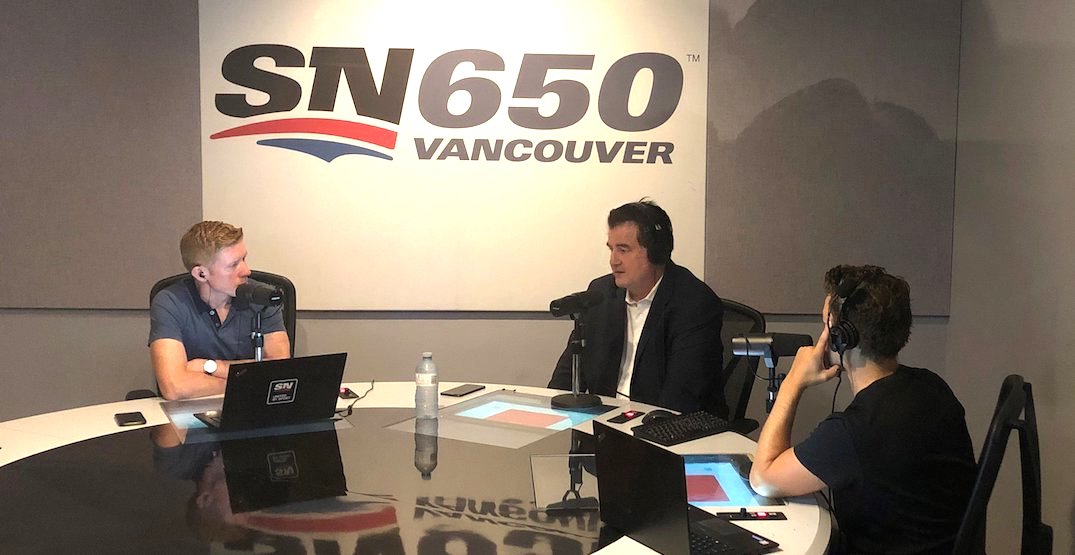 Sportsnet 650 has made a major shakeup to its daily lineup.

“Since its inception, Sportsnet 650 has always strived to provide listeners with a front-row seat to the news, interviews and commentary from around the world of sports, but with a distinctly Vancouver flavour,” said Sportsnet 650 program director Craig MacEwen in a media release. “By refreshing our lineup with a combination of familiar voices and long-time fan-favourites, we look forward to serving up the entertaining content listeners have come to expect of Sportsnet 650, while also celebrating what makes Vancouver a truly unique sports market.”

“In making these changes, we have made the difficult decision to part ways with some talented and dedicated broadcasters,” added MacEwen. “We want to sincerely thank James Cybulski, Perry Solkowski, and Andrew Walker for their passion and unwavering commitment to helping build Sportsnet 650 into the station it is today. We wish them all the very best in their next chapter.”

Sportsnet has unveiled an all-new weekday lineup, which will debut on Monday.

Halford and Brough are taking over as the new morning show from 6 am to 9 am. Surman joins Scott Rintoul from 9 am to 1 pm, on a show that will also air in Calgary on Sportsnet 960. Bik Nizzar and MacEwen will host from 1 pm to 3 pm on a new show dubbed “Bik & The Boss.”

The new afternoon drive show will include three hosts, as Dan Riccio and Randip Janda move from their midday time slot to join Satiar Shah for “The People’s Show” from 3-7 pm. The People’s Show will also welcome Taylor, now with CHEK, as a contributor “a couple times each week” according to Sportsnet.

Sportsnet 650 has undergone many lineup changes since debuting in Vancouver in 2017, as it competed with TSN 1040 for listeners. Last month, Sportsnet became the only all-sports radio station in town, when Bell Media shut down 1040.

The rumour mill has been busy behind the scenes ever since, with many popular local sports broadcasters looking for work.