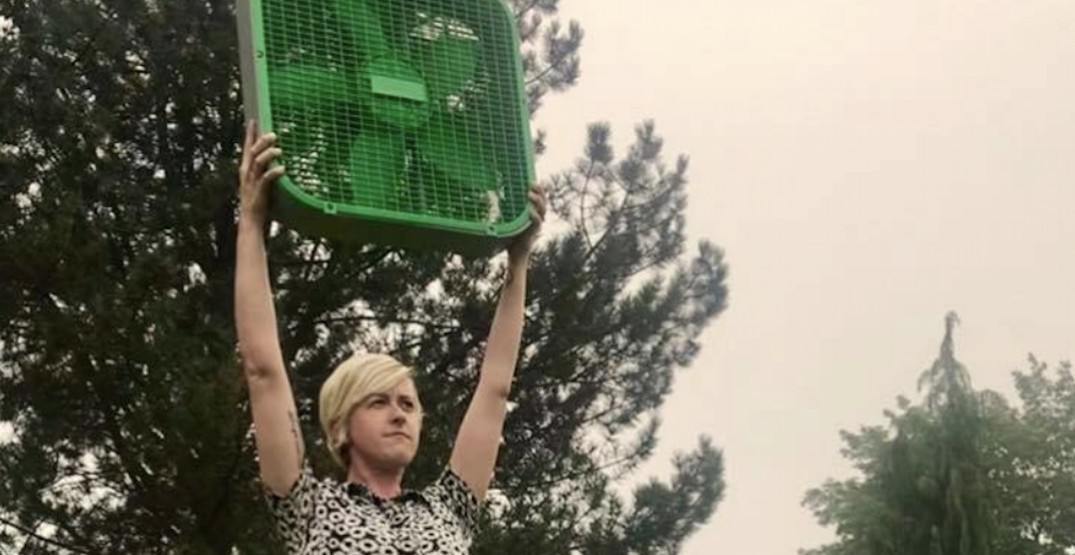 A group of people in Spokane, Washington, are determined to get rid of wildfire smoke — by blowing it to Canada.

According to the “Blow Spokane’s Smoke Away to Canada” Facebook event, residents are planning to blow the smoke away using high powered fans.

“There are roughly 550,000 residents of the Spokane, Washington metropolitan area (per worldpopulationreview.com),” reads the Facebook description.

“To get rid of this smoke, we have to work together as a community. After much deliberation and mathematical calculation, we have figured that it is absolutely possible for us to blow this smoke away with high powered fans.”

The Facebook event instructs every resident in Spokane to place “at least 5 box fans” on their roofs.

“Turn your fans on to the highest setting, and aim them toward northeastern Canada.”

So far 1,200 say they will be attending the event and 2,200 people say they are interested in taking part.

But this has to be a joke, right? And with over 450 fires already burning in BC and the air quality being total crap we really don’t need any extra smoke.

Nice try, Spokane. But in this case, sharing isn’t caring.