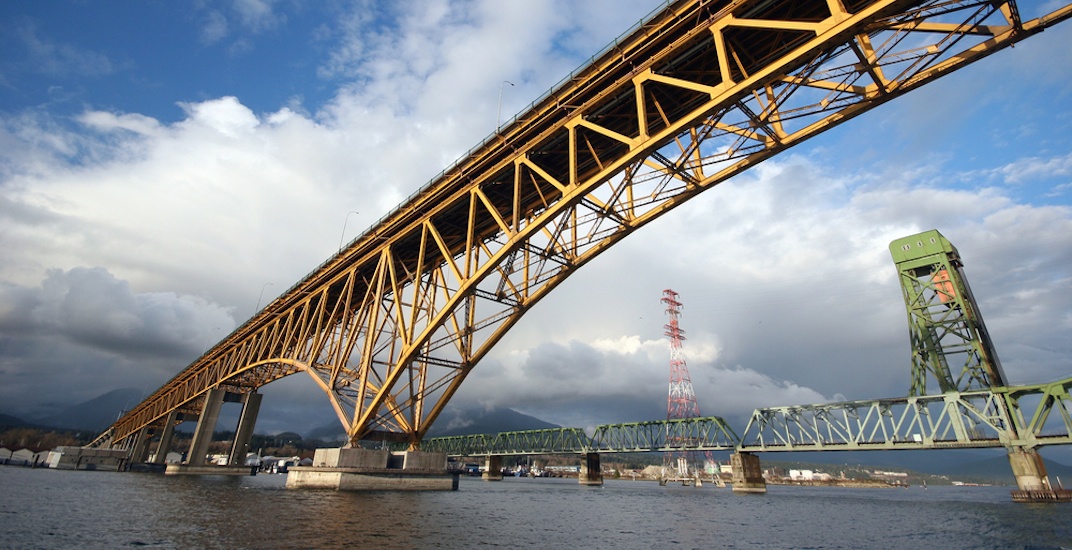 Ironworkers Memorial Bridge at the Second Narrows between Vancouver and North Vancouver. (Shutterstock)

UPDATED at 6:30 pm: The bridge has fully reopened to traffic. TransLink says buses using the route that were on detour will take some time to return to normal routing and frequency.

Vancouver Police are alerting drivers that all southbound lanes on the Second Narrows Bridge are closed as they are currently assisting a person in crisis.

Drivers are instructed to use an alternate route.

We are currently assisting a person in crisis on the bridge. ALL southbound lanes are CLOSED.
Pls use an alternate route.#VPD #VanTraffic

TransLink is also informing commuters that routes in North Vancouver are being affected by the current incident.

#RiderAlert Due to police incident on Ironworkers Bridge, passengers wishing to get to Phibbs Exch from downtown please use Seabus to Lonsdale Quay and then 239 Cap U from Bay 7.^jd

Please check TransLink’s website or social media for updates on the incident.