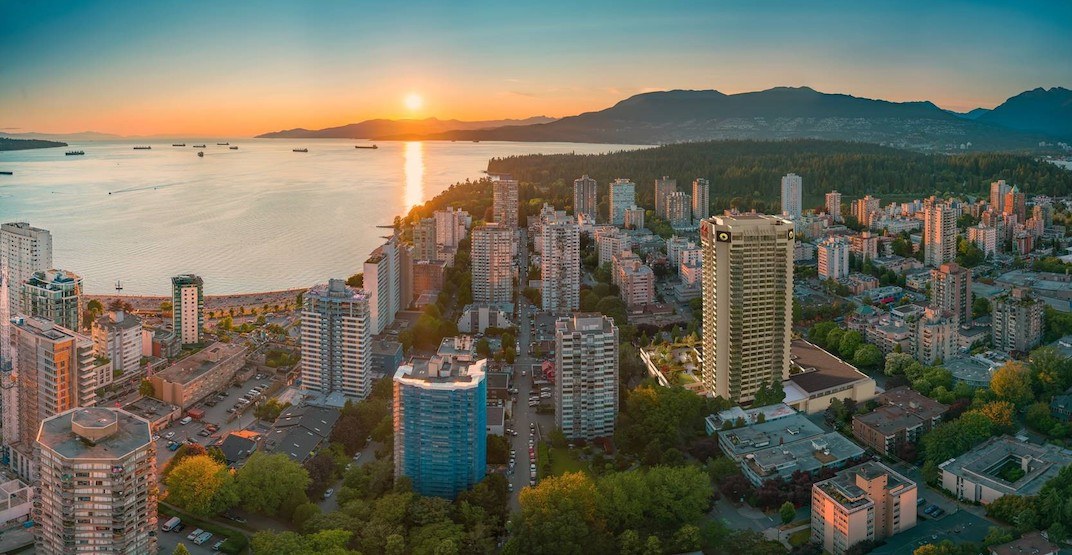 A complete retrofit of the old Coast Plaza Hotel property at Denman Place in downtown Vancouver’s West End neighbourhood will include a new Sonder boutique hotel.

The Montreal-founded digital short-term rental company, now based in San Francisco, is opening a 66-room boutique hotel, complete with guest amenities, within the lower levels of the 1969-built, 32-storey tower.

The large base of the hotel tower, located at 1030 Denman Street, will also include 65,000 sq. ft. of renovated retail space.

Above these lower floors for the new Sonder hotel and retail, the old Coast Plaza Hotel’s guest rooms will be retrofitted into 316 rental apartment suites.

“Our vision is to build the future of hospitality and we continually strive to introduce our guests to a city’s unique heritage and best kept secrets,” said Emma Cahalane, Sonder Vancouver’s general manager, in a statement.

“We see so much opportunity in Vancouver to make a difference and to provide a creative yet economically-viable solution to meet growing demand for hotel rooms in this city.”

This new Sonder property will triple the company’s presence in Vancouver, which also includes the conversion of the old Arts and Crafts Building at 576 Seymour Street (across from BCIT) into a 36-suite boutique hotel property.

Sonder’s lease on the 66-room boutique hotel will triple its presence in the Vancouver market. In addition to the Denman Place redevelopment, Sonder is turning the Art and Crafts Building at 576 Seymour Street into a 36-suite hotel property.

These two properties will bring more affordable accommodations options to Vancouver’s hotel industry, which has seen major losses in room capacity in recent years largely due to redevelopments.

According to the City of Vancouver, over the past decade, the gains from the construction of 1,457 new hotel rooms were erased by 2,562 hotel room conversions and demolitions. This includes the closure of low-end properties such as the Pacific Palisades Hotel (233 rooms), Coast Plaza Hotel (199 rooms), Empire Landmark Hotel (357 rooms), and Quality Inn Downtown (157 rooms).

“We have a strong tourism industry, but we need to start investing in innovative solutions to affordable hotel options,” said James Lang, associate vice-president of Colliers Canada, who managed the Denman Place deal.

“We’re excited to be working with Sonder as they inject much-needed purpose-designed hotel rooms in the Vancouver market. As with all of Sonder’s projects, this hotel will offer guests a unique experience in one of our city’s most idyllic locations.”

While Sonder offers guest services such as changed sheets and fresh towels through its smartphone app, it has no concierge service at its properties, which are currently located in over 30 cities around the world.