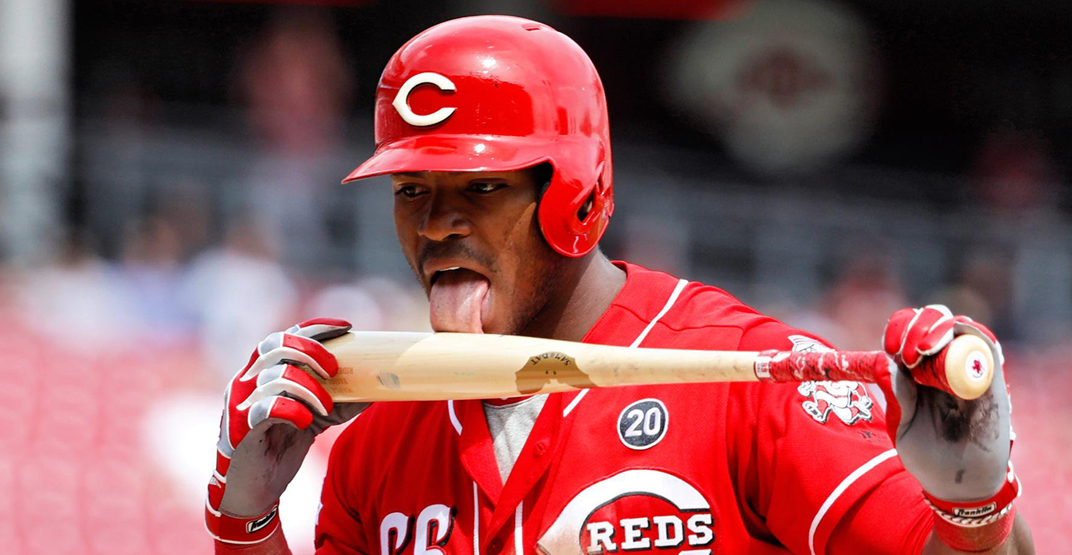 A franchise centre fielder might be the rarest commodity in Major League Baseball. There are plenty of everyday centre fielders, but there are very few bona fide superstars at the position year-in and year-out.

Throughout the Blue Jays’ 40-year franchise history, they’ve had only a handful of All-Star centre fielders. Lloyd Moseby, Devon White, and Vernon Wells … that’s about it.

So it should come as no surprise that the Blue Jays are in search of a starting centre fielder yet again, even though they declared Teoscar Hernandez the team’s centre fielder in the second half of 2019.

Try as he may, Hernandez is not a true centre fielder, which is problematic at a premium position on the diamond. Centre fielders should be defensively sound foremost, and if they can contribute with the bat, it’s a bonus. Not the other way around.

Surely, the Blue Jays are looking to upgrade at the centre field position this winter. Here are five ways they can solve their woes in centre field.

1. Trade for Starling Marte from the Pirates

Of all the potential centre field solutions for the Blue Jays, this is the biggest “blue sky scenario” for the team; acquiring an All-Star centre fielder who’s been one of the best defensive outfielders in baseball the last six years running.

Earlier this offseason, I recommended Marte as a prime trade candidate for the Blue Jays; a team in clear need of upgrading their centre field position. The problem is that almost every other club is looking to do the same.

There’s been a changing of the guard within the Pirates organization, as former assistant Blue Jays GM Ben Cherington is the new general manager in Pittsburgh. Perhaps that opens the door for a potential deal with Toronto, as Cherington would be very familiar with the Blue Jays’ assets.

There are a few downsides to trading for Marte; for one, he’s 31 years old. Second, he’s only under team control for two more seasons. If the Blue Jays are going to spend some prospect capital on a player, it probably shouldn’t be for a centre fielder who could walk as a free agent at the end of the 2021 season.

Once the Blue Jays traded Kevin Pillar earlier this year, that opened the door for Grichuk to return to his native position. However, the team didn’t give Grichuk much time to find his footing in centre field again, and was relegated back to right field by the end of May.

For better or worse, the Blue Jays have Grichuk under contract for four more years; it would be difficult to find a cost-controlled, power-hitting, defensive-minded centre fielder on the open market.

The Blue Jays have one right in front of them in the form of Grichuk.

3. Sign Yasiel Puig and put him in centre field

I know what you’re thinking; the Blue Jays have their own version of Yasiel Puig in the form of Hernandez, but at a much cheaper salary. Puig is one of the most exciting personalities in baseball and I say bring on the chaos.

Through seven seasons in the big leagues, Puig has only played 67 games in centre field, so it’s not his native position. Centre field wasn’t Hernandez’ native position either and the club felt confident giving him the reins as the team’s everyday centre fielder.

Puig is like an upgraded version of Hernandez; more power, more plate discipline and a much more intriguing personality to watch on and off the field. Slot Puig in the middle of the Blue Jays’ order surrounded by the likes of Vladimir Guerrero and Bo Bichette, and you’ve got the makings of an intriguing lineup.

4. Trade for Manuel Margot from the Padres

Admittedly, this scenario is a long-shot. Manuel Margot established himself as the starting centre fielder for the San Diego Padres. He’s under team control for three more seasons and his defensive numbers are stellar (23 defensive runs saved over the past three seasons).

While he isn’t a household name among outfielders (yet), this is the type of player the Blue Jays should empty the cupboard for. Margot lines up with the Blue Jays’ timeline for contention, he’s entering his first year of arbitration eligibility, he’s only 25 years old and there’s the potential for upside with this player.

Margot’s no Mike Trout at the plate, but he plays plus defence and offers speed on the base paths. Those are two qualities that very few outfielders on the Blue Jays’ depth chart can boast about.

2020 might be Anthony Alford’s last shot with the Blue Jays. Since he’s out of options this coming season, he has to make the team out of spring training or risk being exposed to waivers.

It’s been an arduous climb for Alford, as someone who’s spent eight years in the Blue Jays organization and only has 33 big league games to show for it. Despite spending almost a decade with the Jays, he’s still only 25 years old and has relatively few miles on his body.

Of all the candidates inside the Blue Jays organization, Alford profiles as the only true centre fielder. He has the athleticism and the speed to handle the position, the million dollar question is: can he stay healthy enough to play every day?

Since 2020 is another rebuilding year for the Blue Jays anyway, what do they have to lose by giving Alford plenty of runway at the centre field position? Give him the first half of 2020 to see if he can handle the rigours of the regular season, and if not, slide another outfielder on the depth chart into centre field.