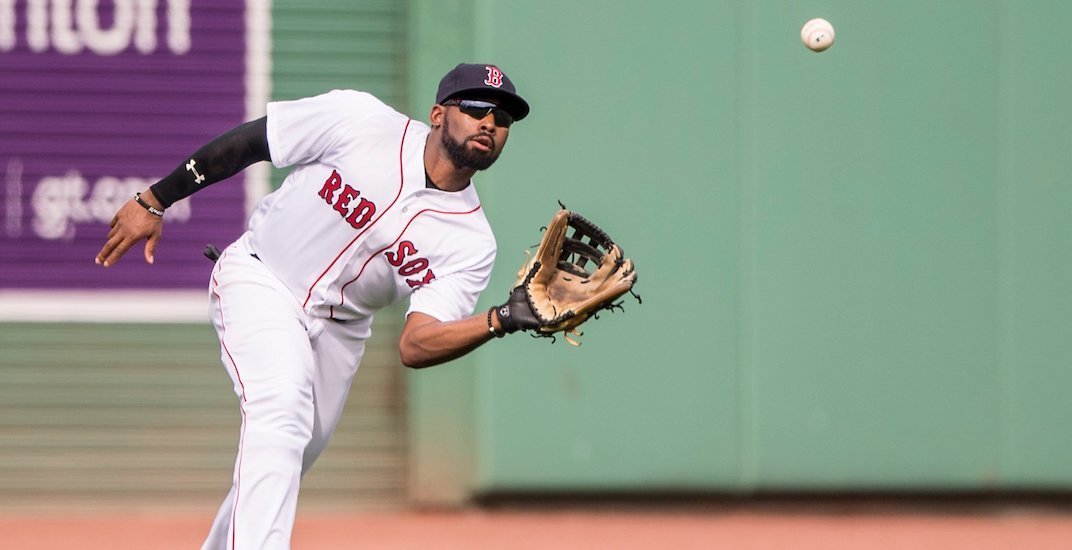 The Toronto Blue Jays are light years away from putting together a playoff-calibre pitching staff, but their position player core is one of the most promising building blocks in Major League Baseball.

Vladimir Guerrero Jr., Bo Bichette, Cavan Biggio and Lourdes Gurriel Jr. headline the Blue Jays youth movement heading into the 2020 season. But they have yet to fill a few crucial spots on the diamond, namely first base and centre field.

Toronto has a wealth of free agent hitters at the top of their shopping list this winter, but these five names should be on the Blue Jays’ “must have” list on the trade market.

If there’s one player who could solve the Blue Jays’ outfield woes, it’s Starling Marte of the Pittsburgh Pirates. He’s a plus defender, a middle-of-the-order bat, a threat on the base paths and a bona fide centre fielder.

Marte’s $11 and $12.5 million club options for the 2020 and 2021 seasons are very reasonable for a player of his ilk. He plays Gold Glove-calibre defence in centre field; a position that’s been in flux since the Blue Jays traded Kevin Pillar this past April.

Pillar was a defensive stalwart during his Blue Jays career, but Marte’s amassed a mind-boggling 71 defensive runs saved over the last eight seasons.

Bringing in Marte to play centre field for the Blue Jays would push Teoscar Hernandez off the position (and move him elsewhere on the diamond, or becomes a trade chip) and would send Randal Grichuk back to right field full-time.

The only issue with trading for Marte is it’s a short-term acquisition since he’s a free agent at the end of the 2021 season. However, if the Blue Jays feel like they’re close to contention, Marte might complete their formidable position player core.

Wil Myers’ six-year, $83 million contract with the San Diego Padres might be one of the worst deals in Major League Baseball right now. He’s guaranteed $60 million over the next three seasons, which could seriously hamstring the Padres’ spending in the short term.

Here come the Toronto Blue Jays to the rescue! They have a mere $43 million in active payroll for the 2020 season while the Padres payroll commitments are north of $100 million.

If there’s one team that can afford to absorb Myers’ albatross contract … it’s the Blue Jays.

For his faults as a hitter, Myers comes with some positional versatility and can luckily fill two of the Blue Jays’ biggest gaps on their roster: first base and outfield.

Moving to a hitter-friendly ballpark like Rogers Centre figures to do wonders for Myers’ power numbers, but it would require the Padres to pick up at least half of the $60 million owed to Myers and throw in some prospects to make this trade enticing for the Blue Jays.

Here we are again… back to the well for another Pittsburgh Pirates player. Gregory Polanco is another highly desirable outfield target for the Blue Jays, but he’s the discount version of Marte.

Polanco doesn’t come with the offensive and defensive pedigree as Marte, and Polanco has the rest of a five-year contract extension on the books, with a potential to take it four more years and $45 million.

However, he’s a seasoned veteran in the outfield, so defence is not an issue with Polanco. He’s settled in as an everyday right fielder, which would likely cause Grichuk to shift to centre field.

Polanco is a left-handed bat who could add some balance to the Blue Jays lineup, while providing league-average offence.

It wasn’t long ago when Chicago Cubs found themselves in a similar position as the Blue Jays. With a stacked roster of young position players, the Cubs were a team on the rise back in 2014.

Kyle Schwarber was front and centre during the team’s World Series run in 2016 and he quickly became a household name after his impressive playoff performance.

At the end of 2019, it’s now the Blue Jays who aspire to be the next version of the Chicago Cubs. Acquiring a 26-year-old first baseman like Schwarber who can hit for power would be a big win for the Blue Jays in the short term.

Imagine what kind of damage he could do in the middle of a Blue Jays lineup surrounded by Guerrero Jr. and Bichette. He fits in perfectly for Toronto’s timeline for contention and he’s coming off the best season of his career, slugging 38 home runs for the Cubs and posting a 120 wRC+ in 155 games.

First base is the only infield position for the Blue Jays where they don’t have the potential for an All-Star calibre player. Schwarber is a left-handed bat, a multi-positional threat and only 26 years old.

Of all the names on the list, this one might make the least sense since Jackie Bradley Jr. is only under contract for one more season. However, much like Marte, Bradley Jr.’s skill set fits exactly what the Blue Jays need in centre field.

If the Boston Red Sox are hoping to get under the luxury tax in 2020, they have to unload some of their big-money contracts. Bradley Jr.’s deal isn’t the most egregious on their roster, but if he doesn’t factor into the Red Sox’ long-term plans, it’s an easy $11 million for the BoSox to get rid of and pick up some prospects.