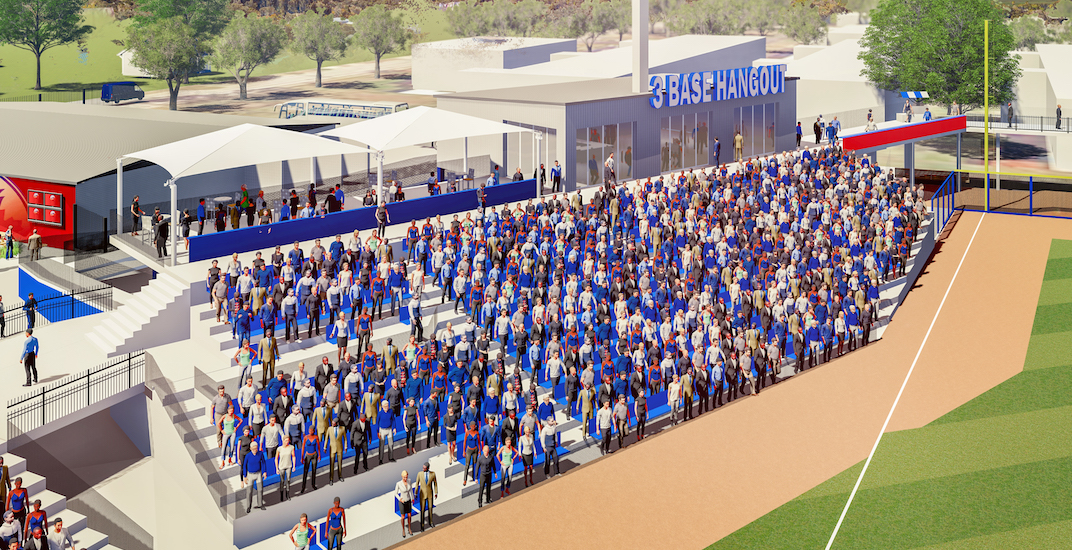 Leading a team back to prominence often requires tearing that roster down, only to build it back up again. The Toronto Blue Jays are amid year two of their roster rebuild this winter, hoping to return to those recent postseason glory days of 2015 and 2016.

The Blue Jays’ rebuild isn’t solely focused on the players on the 40-man roster. This winter, it’s also focused on two prominent pieces of land in Dunedin, Florida. The club is putting the finishing touches on their spring training stadium and player development complex renovation project.

Blue Jays president and CEO Mark Shapiro spoke with Daily Hive about the club’s ongoing renovations to their spring training stadium and innovative training complex on the west coast of Florida.

“It’s going from one of the lower-level facilities in all of professional baseball to one of the better ones,” Shapiro said.

The Blue Jays’ front office staff travelled all over the globe to visit sports training complexes to gain insight into how to design their new complex in Dunedin. The team scouted Tottenham Hotspur Football Club in England, the University of Michigan, and several NFL training complexes to draw inspiration from their facilities.

TD Ballpark, Dunedin: Before and after 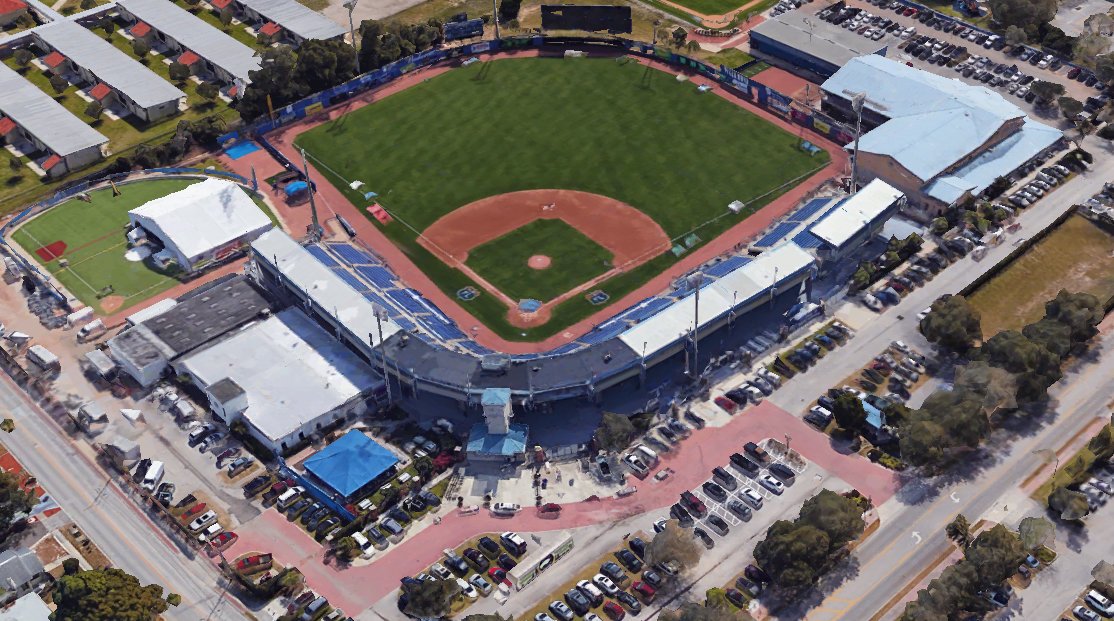 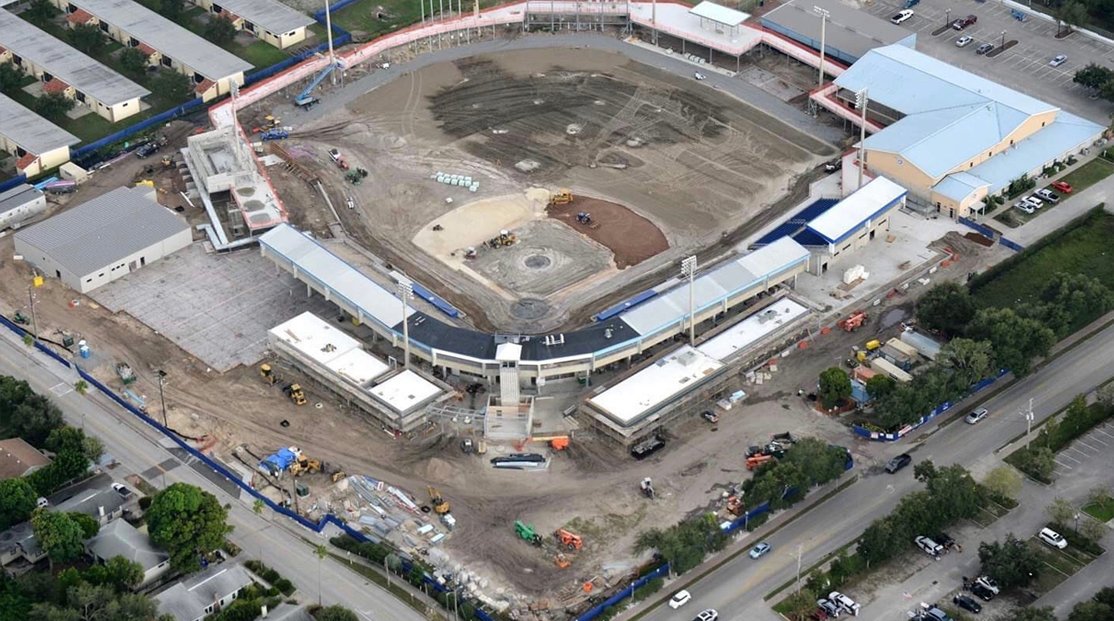 The Blue Jays investigated alternative locations for a new stadium and training facility in Southern Florida, but Shapiro said those sites were less desirable than the current locations in Dunedin.

Rather than build a stadium and training complex from scratch, the team went to work this year to revamp the 29-year-old stadium in Dunedin. The ballpark will be dramatically different from one year ago, with everything from a new sound system to more seating areas to a new concourse.

The preexisting half field down the left field line was levelled, which will make way for new third base bleachers, an air-conditioned bar, a new visitor’s clubhouse and batting cage, and a new outdoor area for fans.

This new section down the third base line will account for a large part of the 3,000-seat capacity increase for TD Ballpark in Dunedin. 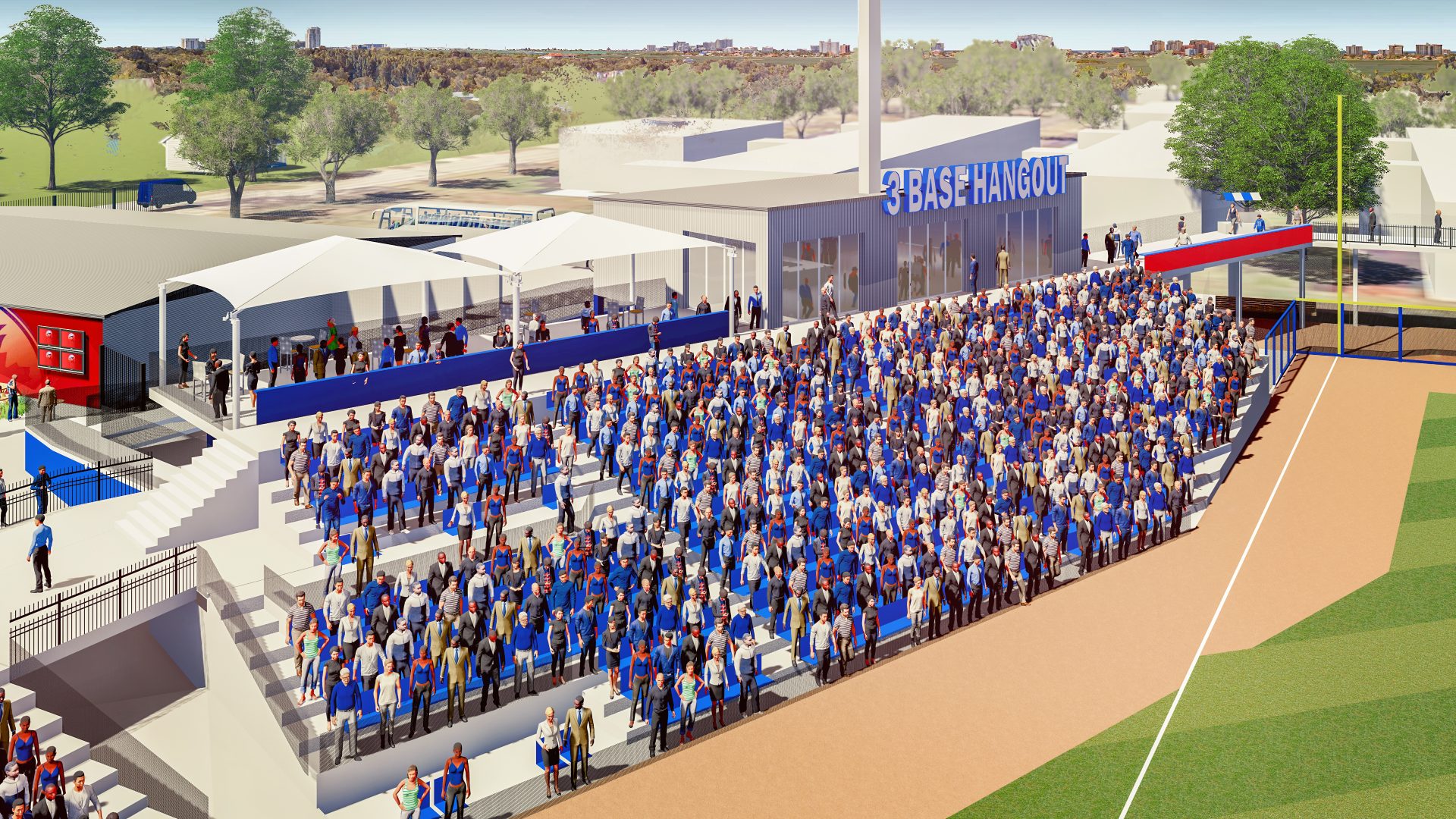 The Blue Jays are also adding a boardwalk which spans the entire perimeter of the field. Fans can enjoy a 360-degree view of the game, no matter where they are in the stadium.

Thirsty dwellers in Dunedin will also find a secondary open-air bar in right field which is a brand new section that will be unveiled for the 2020 season. 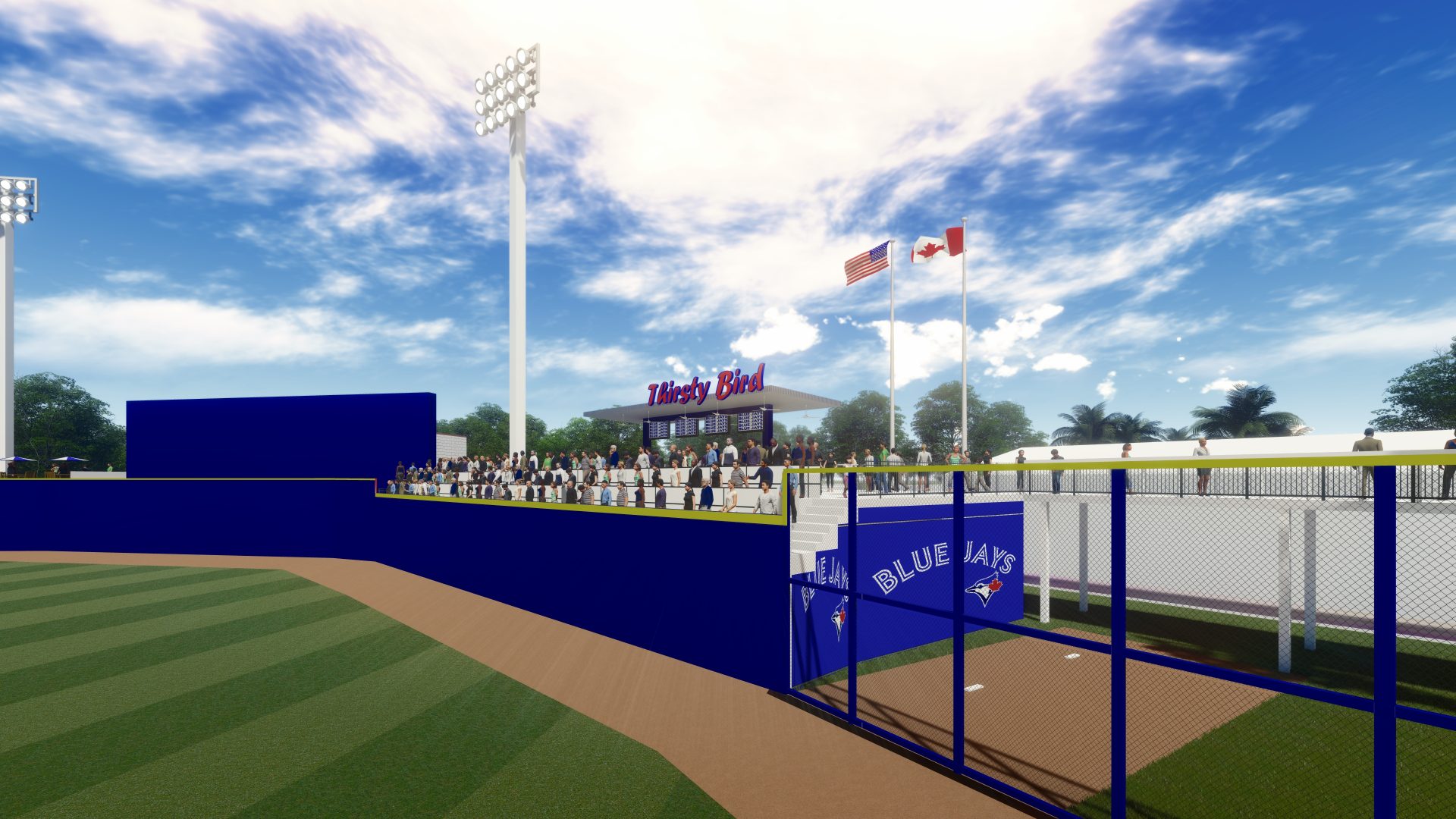 In addition, the Blue Jays are renovating the concessions, suites and bathrooms, and they’re adding a Jr. Jays Zone, Jays Shop and BBQ tent to TD Ballpark in Dunedin.

The team upgraded their sound system (which was previously a one-speaker setup) and expanded the dugouts and installed a new scoreboard. Compared to last season, this year’s spring training experience will be a complete 180 for both the players and fans. 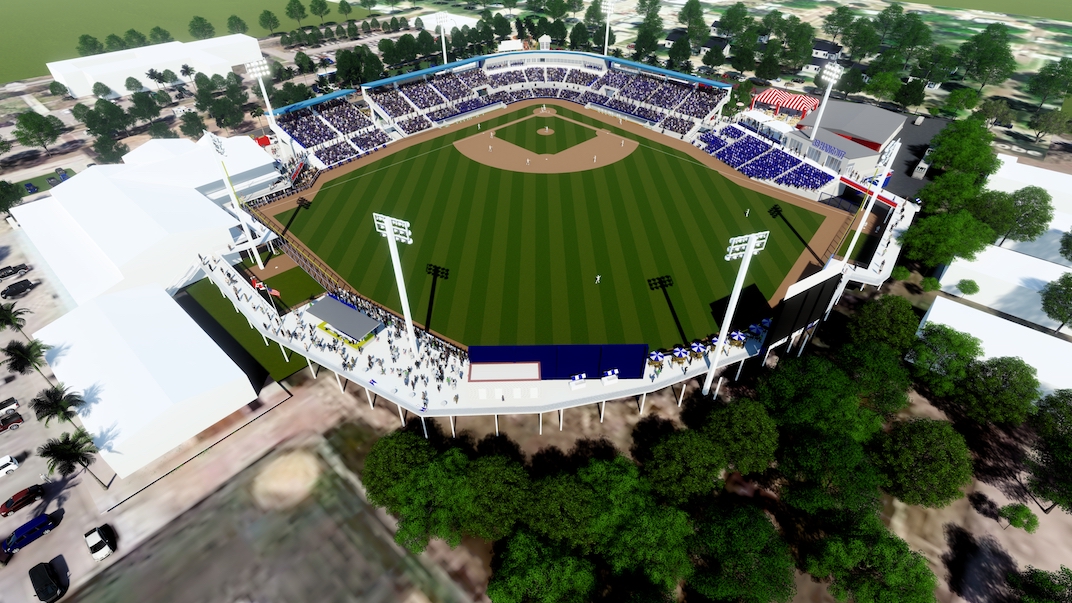 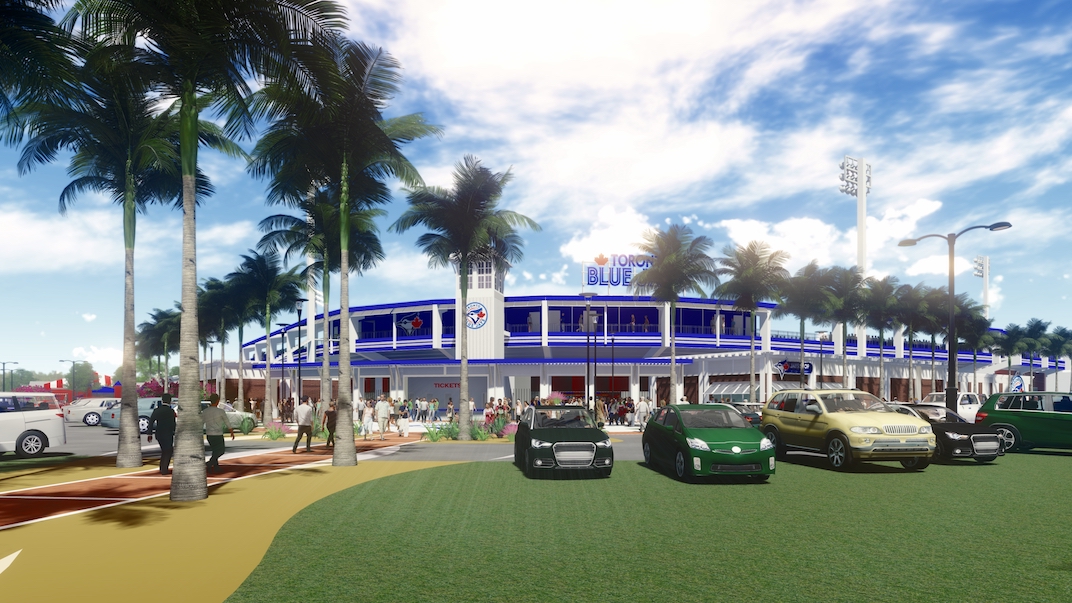 “It will have a much different and more contemporary and updated feel to it,” Shapiro said.

Blue Jays Player Development Complex: Before and after

Nearly six kilometres away, the Blue Jays player development complex is undergoing a complete overhaul. The crown jewel of the complex is a brand-new 100,000 square foot state-of-the-art facility.

At the hub of this facility includes a 10,000 square foot weight room, eight locker rooms, three sport labs, two fuel bars, a movement studio and to keep the players’ hair looking fresh on the daily: a barber. 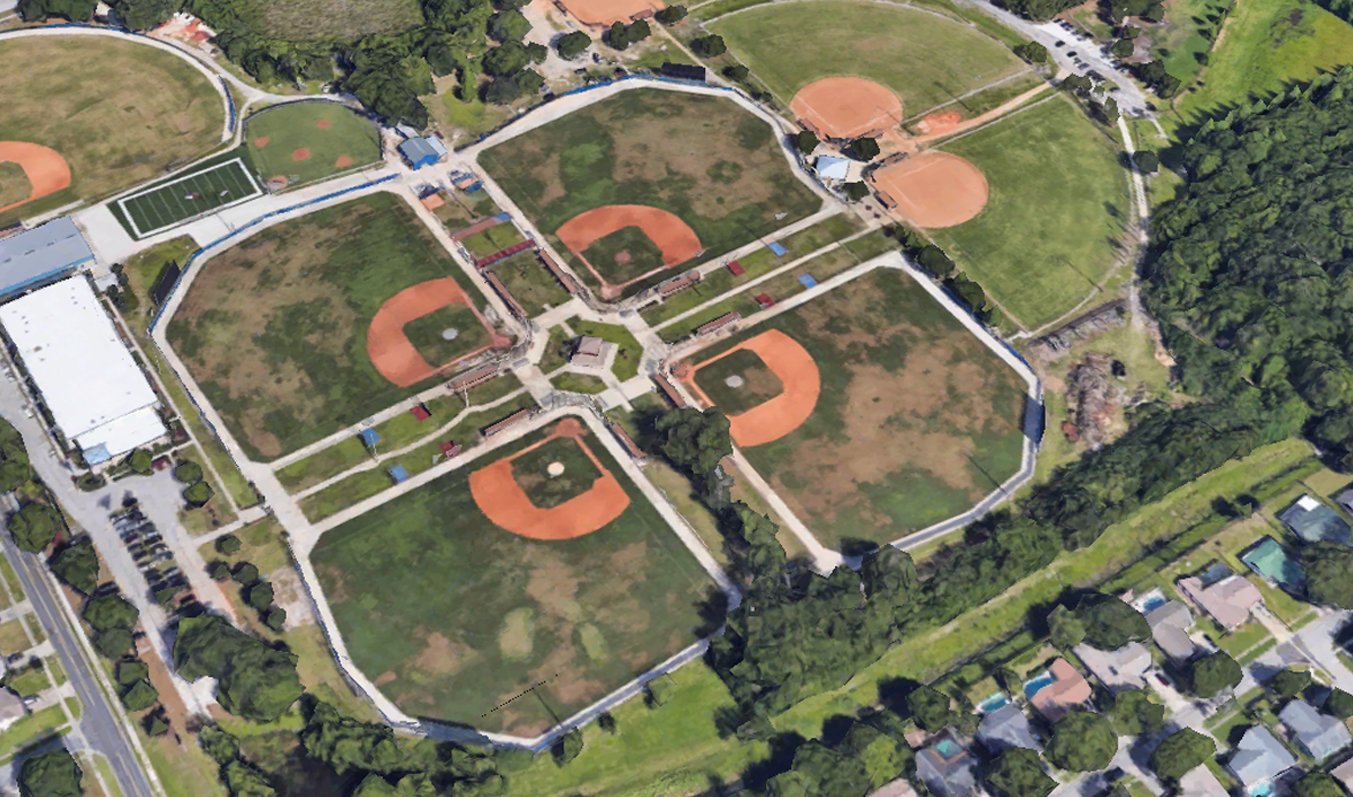 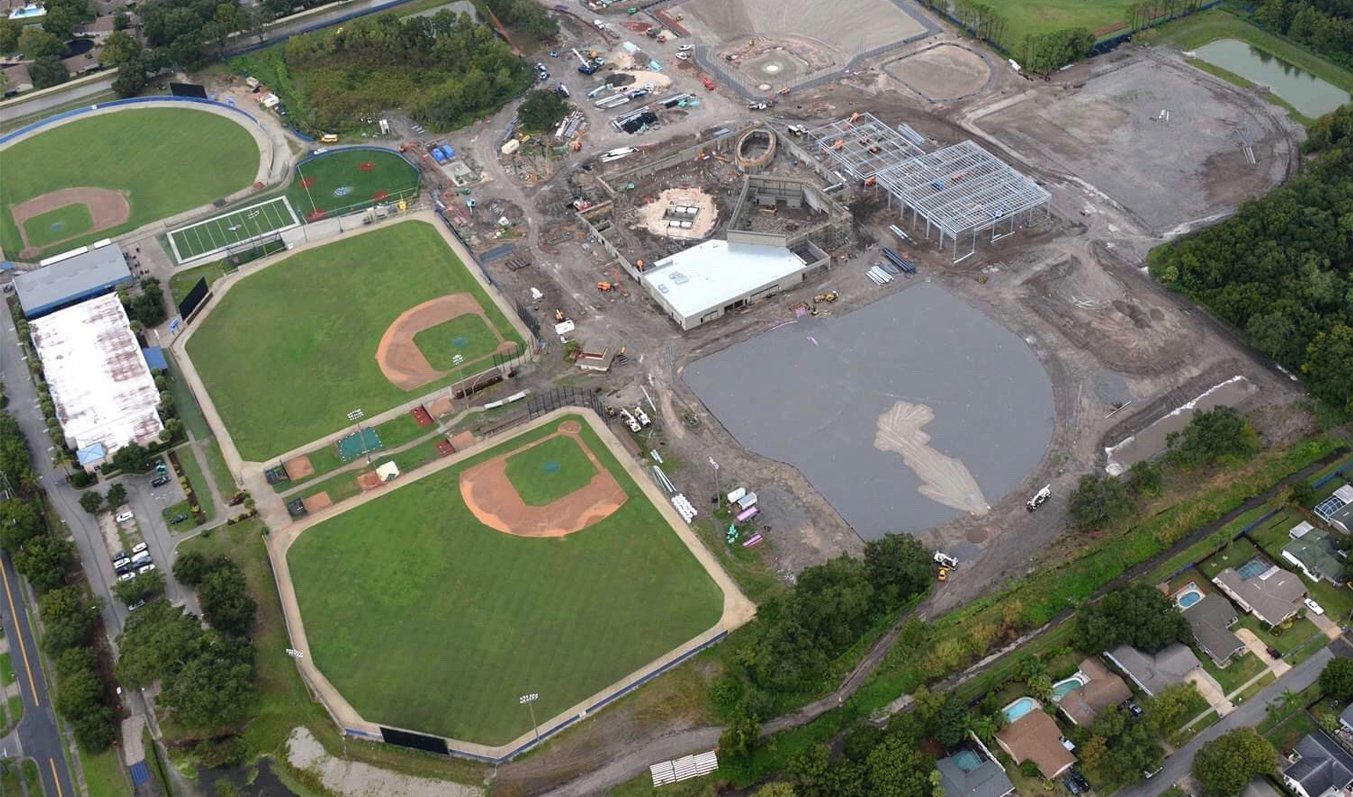 The refurbishments at the player development complex were long overdue, as the organization had outgrown the facility constructed for a different era of baseball. The previous iteration didn’t have even a suitable kitchen, workout room, training room, or locker room for today’s standards of training facilities.

The Blue Jays’ player development staff will also host camps through September to December, focusing on hitting, pitching, performance camps, and rookie camps, which will utilize the training complex during the offseason.

Shapiro noted that training for the big leagues is now a 12-month regimen and their previous complex wasn’t built to handle the rigours of year-round training, along with the increased number of players and staff taking part in baseball activities.

“It was built for the era when players largely just showed up and used spring training to prepare for five weeks for the season, and that’s kind of all it was,” Shapiro said. “The weight room was adequate for 20 to 30 players, with low ceilings and no natural light. The training room was probably adequate for 30 to 40 and we have upwards of 200 players working out of there.”

‘Tools that will enable us to assess, evaluate and develop our hitters and pitchers better’

Shapiro explained that the most dramatic differences in Dunedin will be seen at the player development complex, which is getting a dramatic facelift this season.

“From the day it opens, it will have state-of-the-art technology and analytics tools that will allow us to utilize the best resources out there to analyze hitters’ swings or pitcher’s deliveries or spin rates or anything else that will help us develop our pitchers most effectively,” Shapiro said. “It truly will be tools that enable us to assess, evaluate and develop our hitters and pitchers better.”

The Blue Jays are one of only three Grapefruit League teams who don’t have their spring training stadium connected to their training facility (the Baltimore Orioles and Pittsburgh Pirates are the others). In this rare case, a 10-minute drive separates the stadium from the training complex.

Ultimately, the Blue Jays hope their new training complex will translate to wins at the big league level. They believe having state-of-the-art facilities in Florida will cascade into a trickle-up effect, benefiting players at all levels of their organization.

The Blue Jays are confident that breaking ground on this training complex is the first step towards re-energizing the organization and ultimately, returning to prominence in the American League East.

“When you think about the limitations, we currently have to train players there, we’re going to go from being very limited to practically unlimited,” Shapiro explained. “All of which should allow us to develop players more effectively. And if you’re developing players more effectively, then ultimately that leads to wins at the Major League Level.”