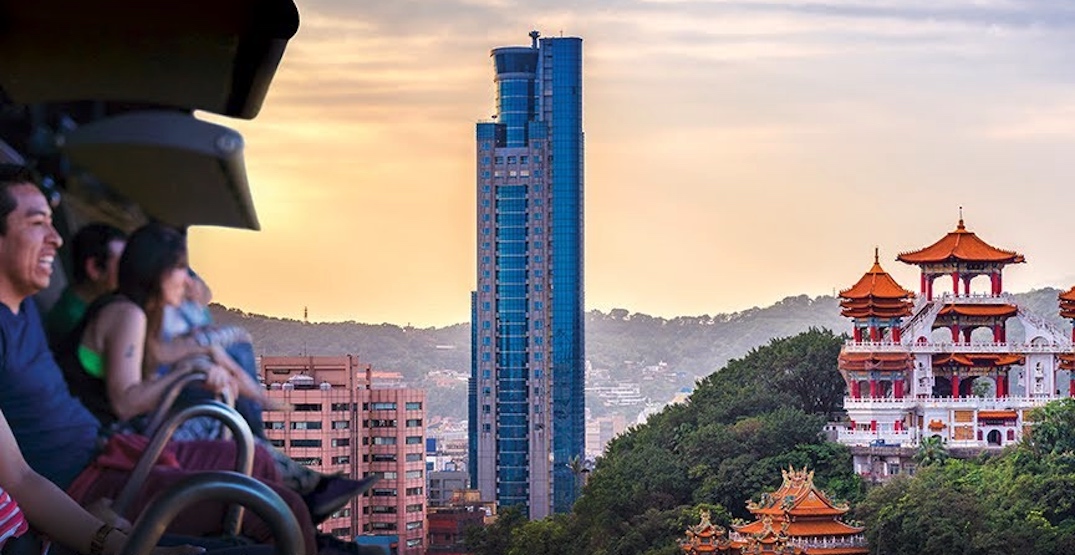 Over the Lunar New Year period, FlyOver Canada at the Canada Place pier in downtown Vancouver is featuring “Soar over Taiwan,” a showcase of some of the island nation’s most iconic vistas and sites.

The immersive flight ride takes passengers along the waters near Green Island, above the famous Yanshui Beehive Fireworks Festival, past tea farms, and into the heart of Taipei — over the iconic Taipei 101 skyscraper. The film was originally shown at a Taiwan attraction, and this is the first time it has been featured at FlyOver Canada.

Before the flight ride, there will be a celebratory Lunar New Year-themed pre-show that highlights Nian, a monster that lives under the sea or in the mountains, according to mythology.

As well, FlyOver Canada will also be offering authentic Taiwanese pineapple cake and milk tea available for purchase at the cafe.

Masks and a proof of vaccination are required for entry into FlyOver Canada.

This is the latest temporary flight ride at FlyOver Canada, after last year’s features of “Hawaii from Above” and “The Real Wild West.”

Soar over Taiwan at FlyOver Canada