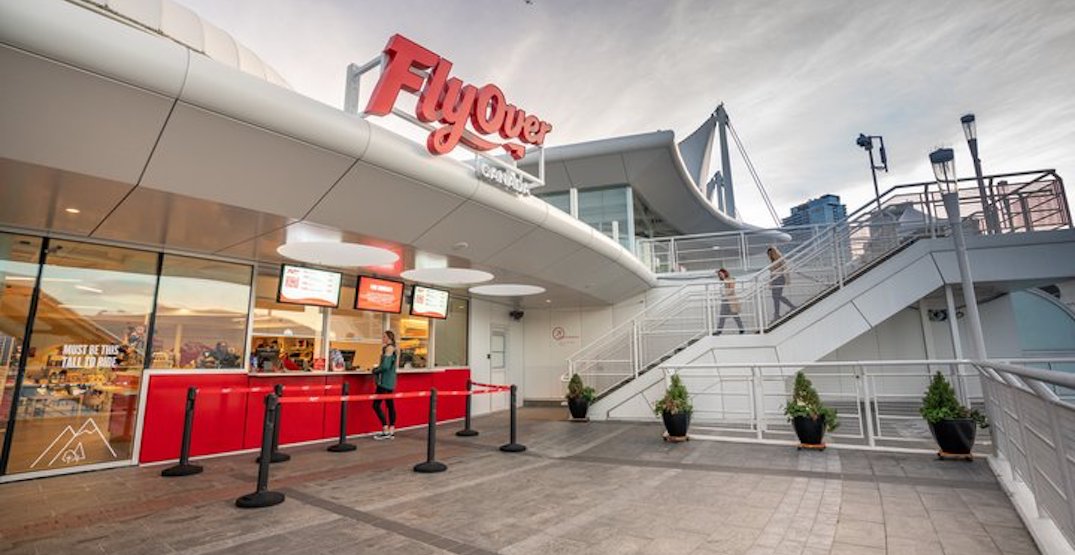 Some major changes were recently made to the FlyOver Canada attraction at the Canada Place pier in downtown Vancouver.

The attraction’s physical public face now has an appearance of permanency, with the years-long large tent structure removed and replaced with a permanent pavilion structure that seamlessly blends into the architecture of Canada Place.

The new pavilion holds ticket sales counters, a gift shop, and an expansive cafe with an indoor area that opens up to an outdoor patio area during fair weather conditions — overlooking views of Coal Harbour, Stanley Park, and the mountains. 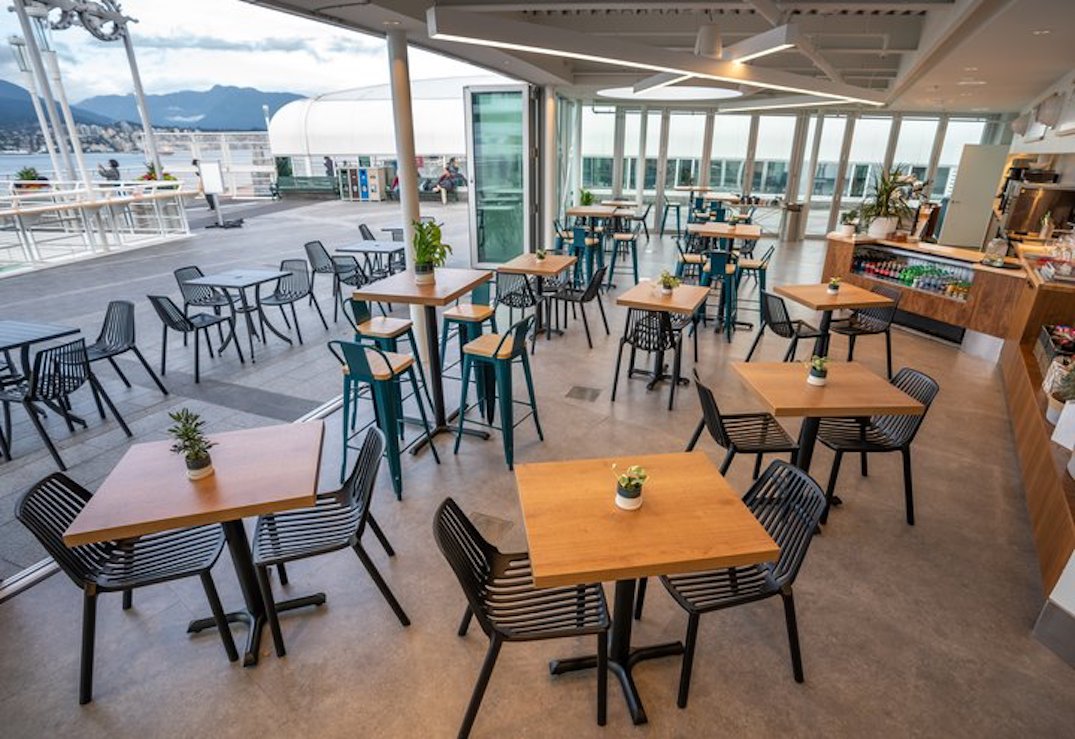 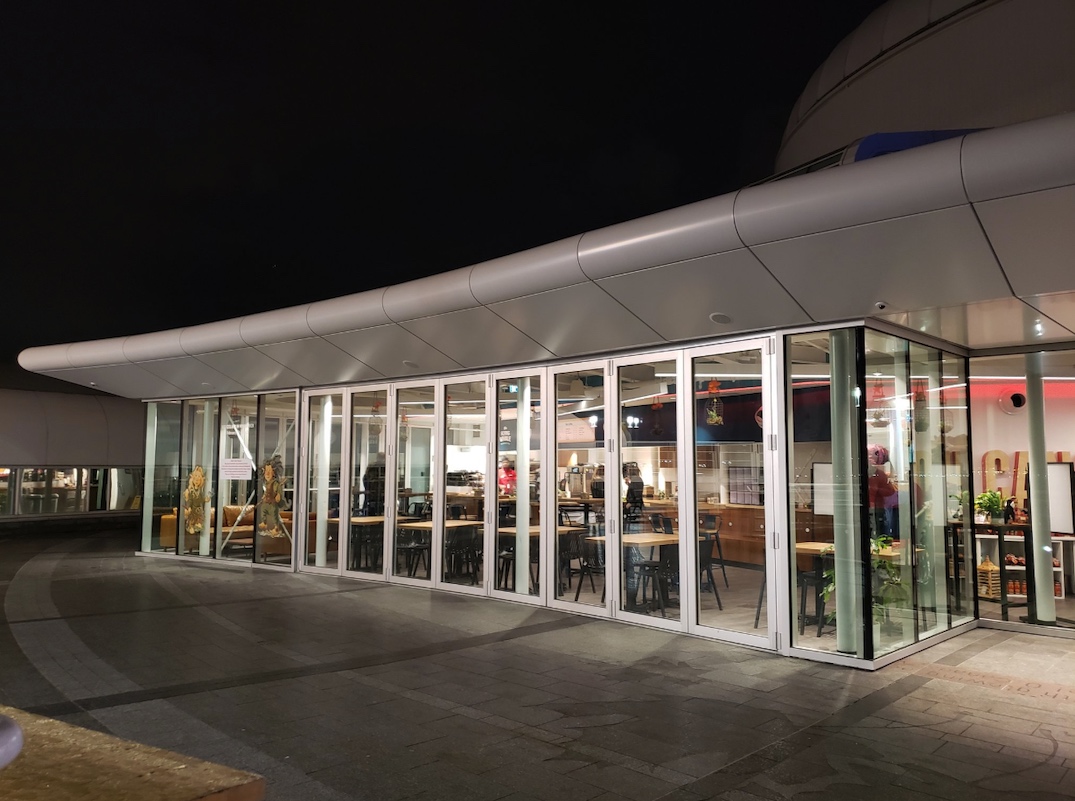 Part of Pursuit’s portfolio, a subsidiary of Viad, the attraction first opened at Canada Place in Summer 2013. It replaced the old IMAX theatre space.

Three years later, it opened FlyOver America within the Mall of America in Bloomington, Minnesota.

Under new ownership, the company has been making significant new capital investments, most recently with the opening of FlyOver Iceland in Reykjavik.

Additional major attraction locations are planned over the coming years; a FlyOver location will open in a prominent location on the Las Vegas strip in 2021. There will be two theatres at this location, which will rotate all of the films, with the primary feature being a new film showing America’s West.

FlyOver Canada will open at the base of the CN Tower in Toronto in 2022. New films will be released in conjunction with the opening of each location. 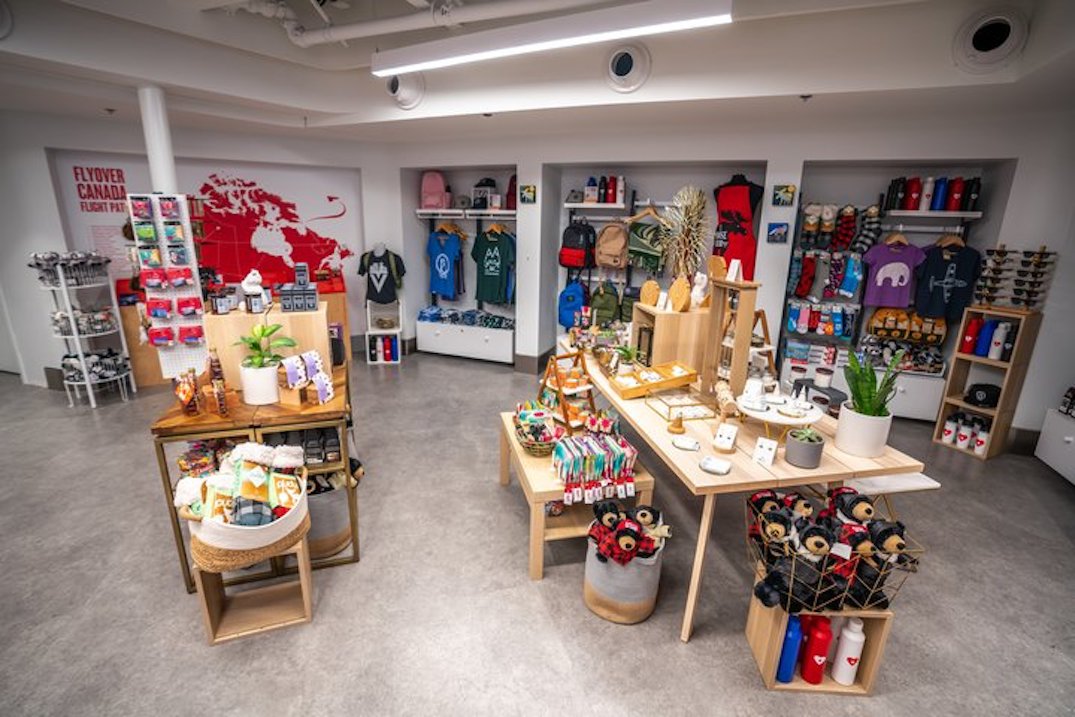