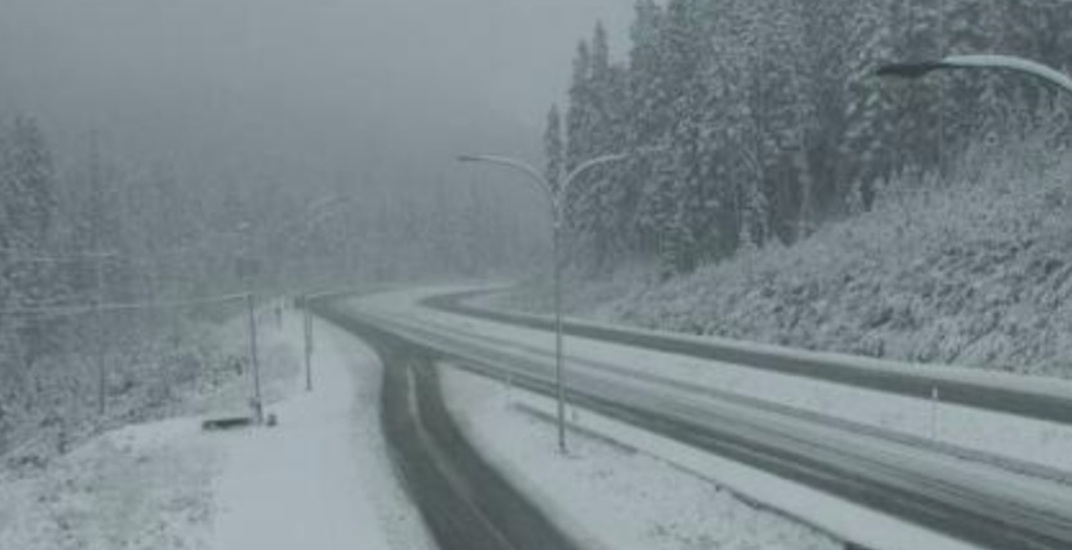 Thursday is set to unleash a dump of precipitation over much of BC’s South Coast, and along the mountain highways the weather system will bring a blast of snow.

Environment Canada issued a snowfall warning Thursday for the Coquihalla Highway between Hope and Merritt.

Approximately 15 to 20 centimetres of snow is expected, according to the weather agency.

“A moist southwesterly flow is giving snow heavy at times this morning to most southern highway passes. The snow is expected to change to rain near noon as snow levels rise,” the snowfall warning says.

The highest accumulation will be seen at high points, such as near Pennask Summit.

“Be prepared to adjust your driving with changing road conditions. Rapidly accumulating snow could make travel difficult over some locations. Visibility may be suddenly reduced at times in heavy snow.”