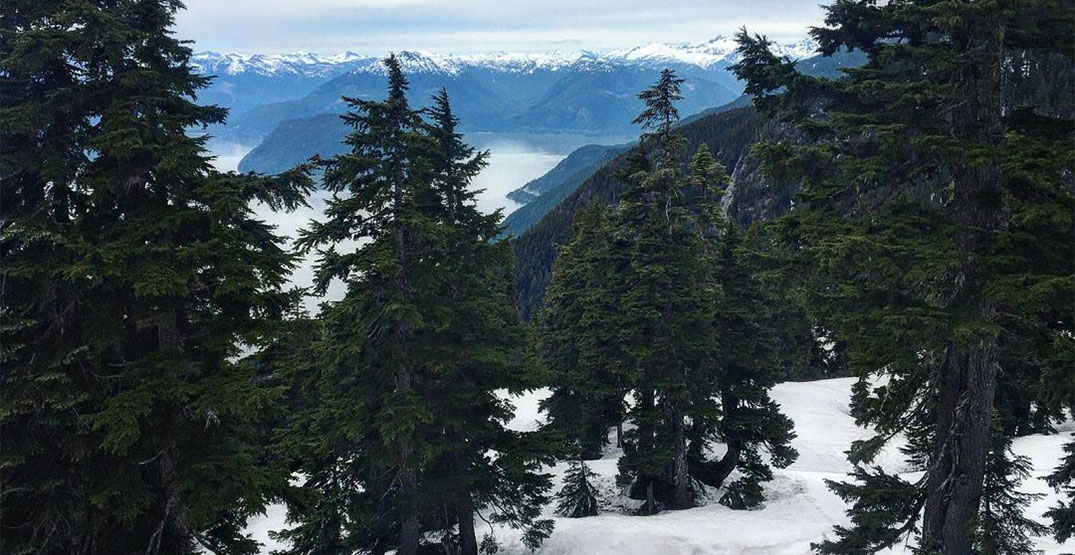 The calendar may say July and the sun may be shining on Vancouver’s beaches, but it’s still surprisingly wintry in the mountains.

Delayed snowmelt has North Shore Rescue urging hikers to pack microspikes to deal with the icy conditions in the local mountains.

The South Coast has had an unseasonably cool and rainy spring thanks to La Nina and snowmelt is about a month behind schedule this year, according to meteorologists.

That means even though it’s the Canada Day long weekend, the conditions in the mountains are closer to late May or early June.

“Honestly, I cannot stress this enough… if you’re doing a more remote hike you need to have microspikes with you. I carry them all year round.”

Microspikes are metal spikes hikers can strap to their boots to give them more traction on slippery snow. They’re important because spring snow melts and hardens, making it hard-packed like ice and extra slick.

Danks also said snow melts from both the top and the bottom, and there’s a risk a hiker’s foot or entire leg could fall through a snowbank if they step on a thin section.

Hikers going up the front face of Grouse Mountain probably won’t encounter too much snow, but the Howe Sound Crest Trail (including St. Mark’s Summit), and anything more remote, at a higher elevation, or north or west facing, still have snow right now.

Hikers should also pack sunscreen and sunglasses on hikes this weekend because snow reflects the sun’s rays and can lead to a quick sunburn, Danks said.

TikToker Shirley Ye, shared a video of her experience hiking Hollyburn this week, saying she got an intense sunburn and suffered snow blindness.

“We knew there’d be snow, but I don’t think we anticipated just how much snow.”

Vancouver’s hikes boast beautiful views, but it’s definitely not summer yet on many trails.

As always, hikers should pack the 10 essentials, tell someone where they’re going and when to expect them back, and call for help immediately if they get lost. Danks urged people not to wander in the bush to avoid ending up on steeper terrain far from the trail.