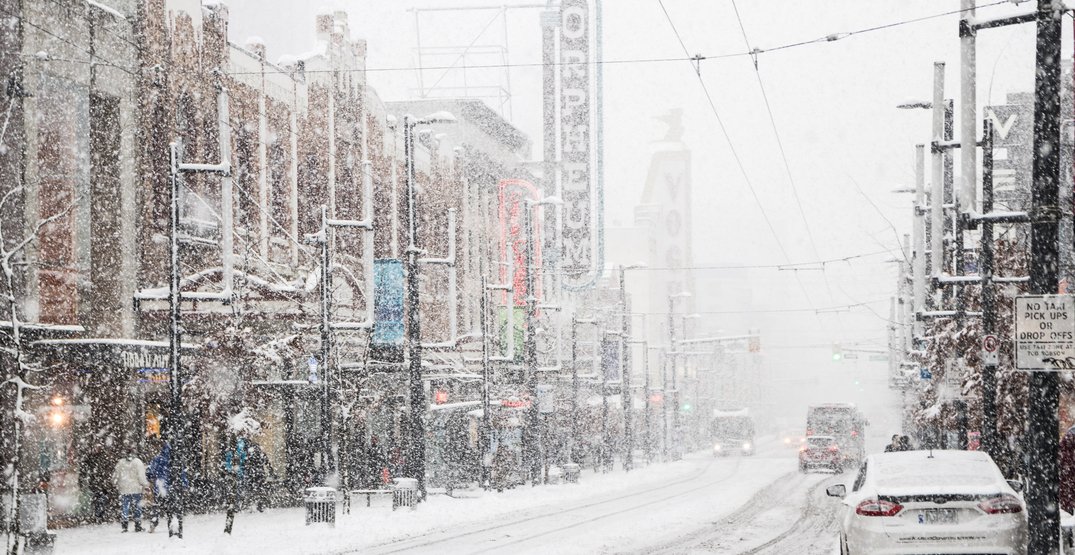 Just when we thought the snow was long gone, it could be making its return in Metro Vancouver over the weekend.

According to Environment Canada, snow mixed with rain is in the forecast for Sunday and Monday evening as temperatures are predicted to drop below zero.

The mixed precipitation is expected to be followed by rain for the remainder of next week.

Until then, have your umbrellas out, as heavy rain is expected to fall in Vancouver from Thursday evening to Friday.

Although Environment Canada hasn’t announced a rainfall warning for the region, the weather agency says up to 50 mm of rain could fall over the next two days.