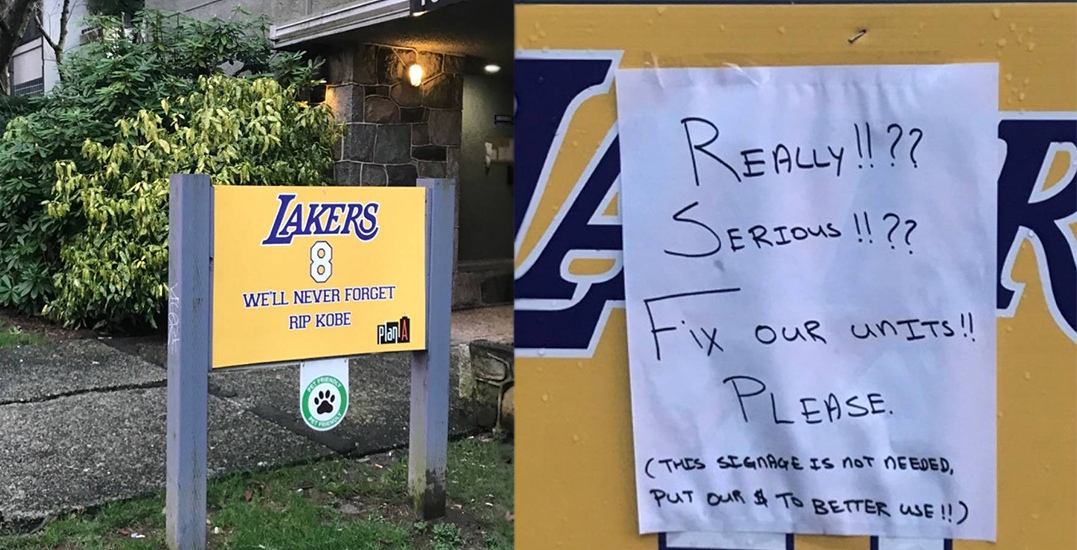 A Kobe Bryant tribute at an apartment complex in Vancouver’s West End looks to have done more harm than good.

A photo of a customized apartment sign was shared on Reddit. The front sign of the complex was covered in yellow and purple with the Los Angeles Lakers logo, the number eight, and “We’ll never forget, RIP Kobe.”

A second photo was shared by the same user, with what look to be complaints from the building’s tenants taped over top of the sign.

Another note lists a slew of problems that the tenants reportedly face, including issues with doors, floors, windows, showers, and mould.

West End tenants not fans of Kobe tribute from r/vancouver

Several Reddit users who reportedly lived at or around the complex say that the building has a number of livability issues.

Kobe Bryant passed away on Sunday when he was travelling in his private helicopter with several others, including another family. His 13-year-old daughter, Gianna Maria Ono, was also on board and died. Bryant is survived by his wife, Vanessa, and three children: Natalia, Bianka, and newborn Capri.