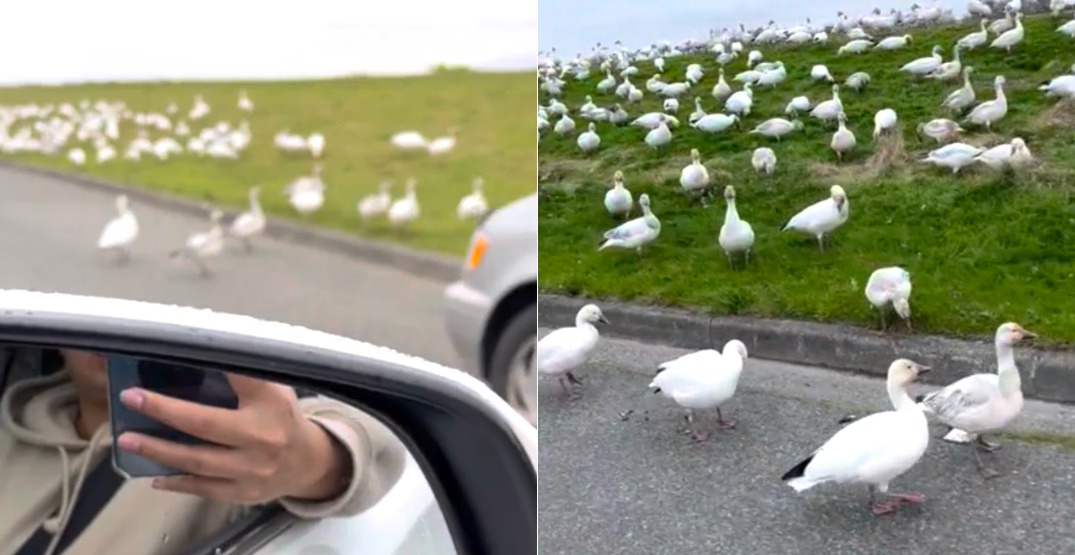 Richmond residents have probably noticed the flocks of white birds squawking up a storm along River Road.

They’re snow geese, and they come back every year.

Reddit user @lieutjoe posted a video of the geese along River Road to the Vancouver subreddit on April 2, titling the post “Ducks invade Richmond.”

Some responded to correct the species of the animal.

Meanwhile, others riffed on an old Vine of a kid looking at snow geese and confidently proclaiming, “Look at all those chickens!”

No matter what they are, the birds are beautiful, and watching their gigantic, white flocks move around can be calming. 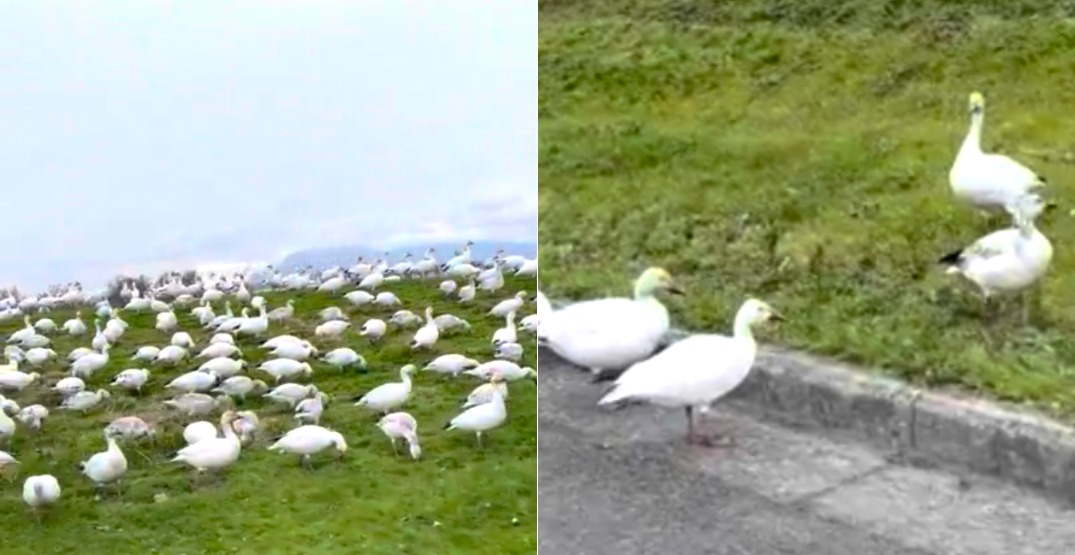 This species is called the Lesser Snow Goose, and according to the City of Richmond, it breeds in Siberia.

Every fall, they come to the Pacific Northwest to spend the winter in food-rich estuaries.

Richmond and Delta aren’t their only temporary homes — they also fly to Washington and northern California, as well as other parts of Southern BC.

“It is a large, long-lived bird, weighing 2.5 to 2.7 kg and living 10-20 years in the wild.  Adults have snow-white bodies, black–tipped wings, a pink bill with black markings and pink feet. Juveniles have a grey wash to the feathers, grey bills and grey feet,” says the city’s website.

“The birds that we see in Richmond from October to April are a subgroup of the Wrangel Island breeding population known as the Fraser-Skagit flock.”

How long they stay in the Richmond-Delta area varies depending on the weather, but they’re usually there from October to April. As BC warms up, they’re getting ready to fly the coop back to their chilly homeland, the City of Richmond says.

Try to see the birds while they’re in town. The video posted to Reddit was taken on River Road, but follow the sound of geese honking, and you’ll probably be able to find them.