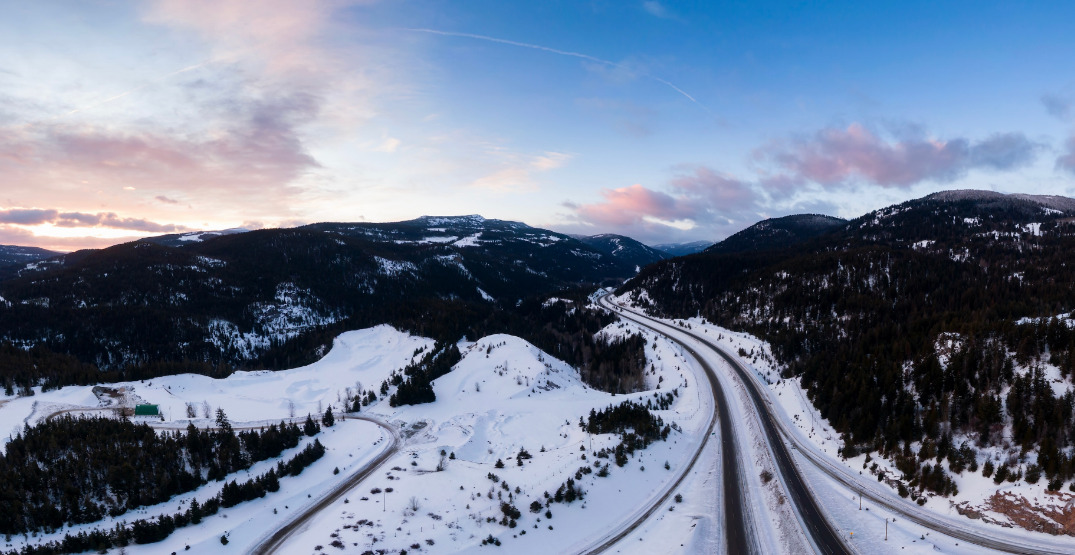 Environment Canada has issued several snow warnings for some major BC highways today.

For starters, Paulson Summit to Kootenay Pass on Highway 3 is expected to be hit with 20 to 30 cm of snow. Heavy snow is also likely to continue over Kootenay Pass.

Environment Canada said in a statement that snow levels will remain at or stay below mountain pass levels in southern BC today.

“A disturbance moving across the interior will bring precipitation to the region.”

On the Trans-Canada Highway between Eagle and Rogers Pass, there will also be the potential of flurries over higher elevations. Environment Canada forecasts that it’ll generally be light flurries but that bouts of heavier flurries could take place.

The good news is that the weather authority predicts the heavy stuff will be “brief and localized.”

“During this period, cool and unsettled conditions will keep snow levels near these high elevation sections.”

Environment Canada warns drivers to prepare for changing conditions on the road if the snow accumulates quickly.

“Weather in the mountains can change suddenly, resulting in hazardous driving conditions.”

The Coquihalla Highway is also expected to get hit with some snow between Hope and Merritt. However, actual snowfall amounts have not been forecast.

The forecast for the Coquihalla calls for light flurries and mostly along higher elevation sections of the route, but periods of heavy snow could be possible.

Be careful of snow on the road if you plan to travel over any of these busy BC highways today.