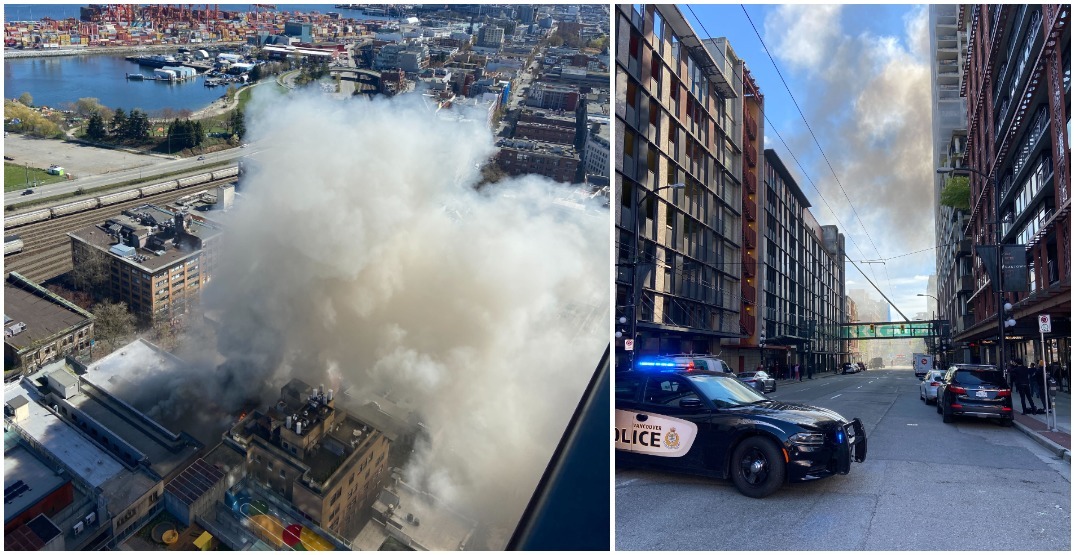 A large fire broke out Monday morning in Gastown, as the neighbourhood was shrouded in a large plume of smoke.

The smoke could be seen from across the water after the fire started near Abbott and Water Street. 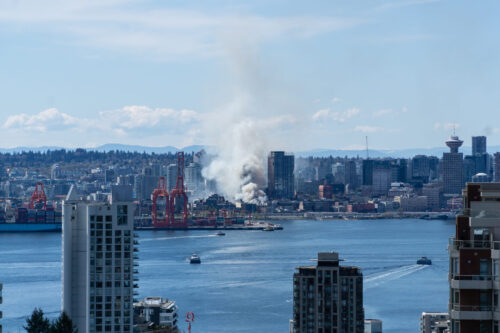 Fire in Gastown seen from the North Shore/Rhys Shields

In a tweet, the Vancouver Police Department urged motorists to stay away from the area.

Serious fire across from my office in #gastown right now: pic.twitter.com/fEo73J5IDU

A tweet from Vancouver Fire Chief Karen Fry showed firefighters on the scene battling the blaze. Fry told Daily Hive that several people were rescued by firefighters from the top floor.

A spokesperson from the Flying Pig told Daily Hive that as of around 12 pm on Monday, the fire was still going strong.

“We have evacuated, that’s all for now.” 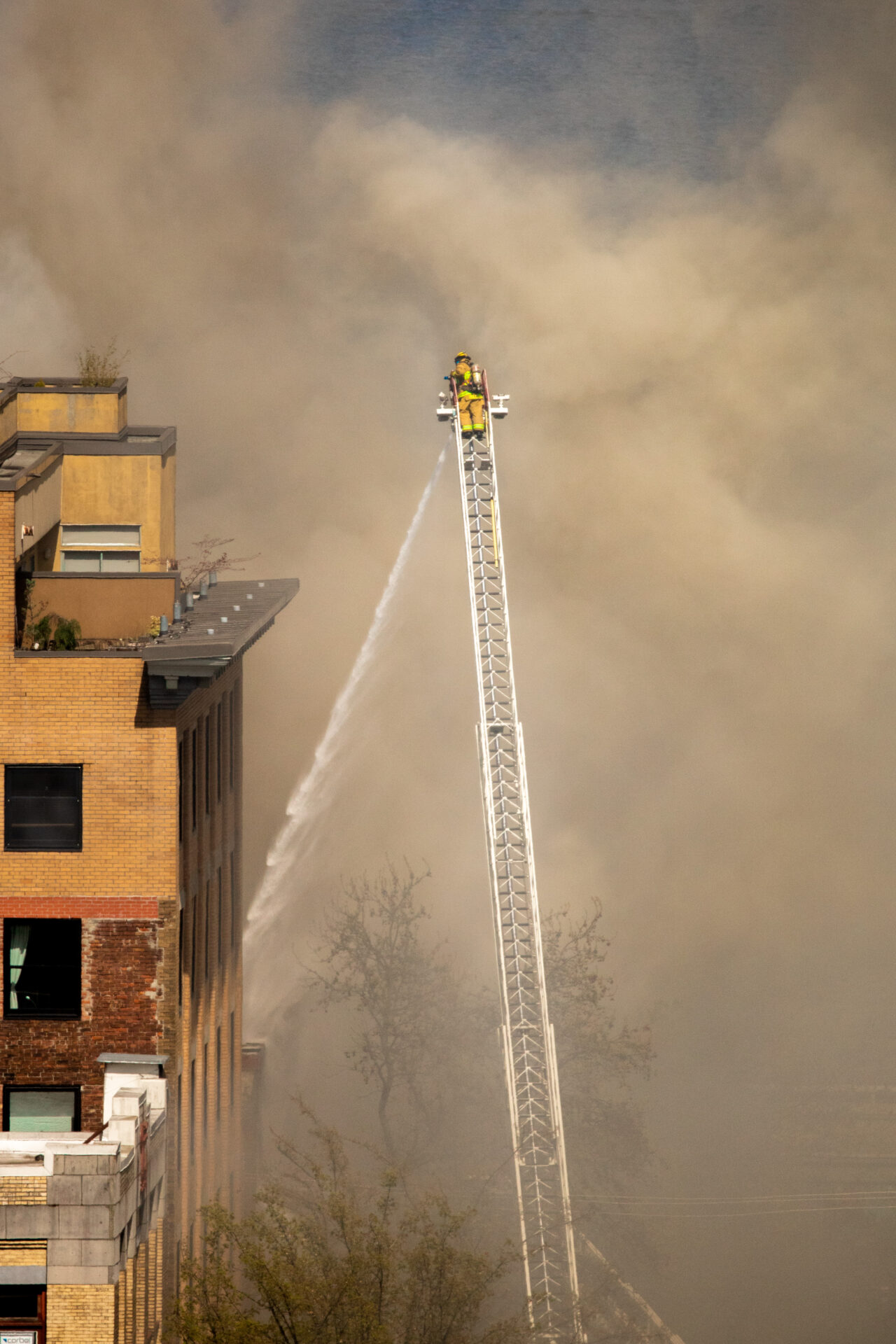 The Flying Pig is located at 102 Water Street, inside the impacted building. 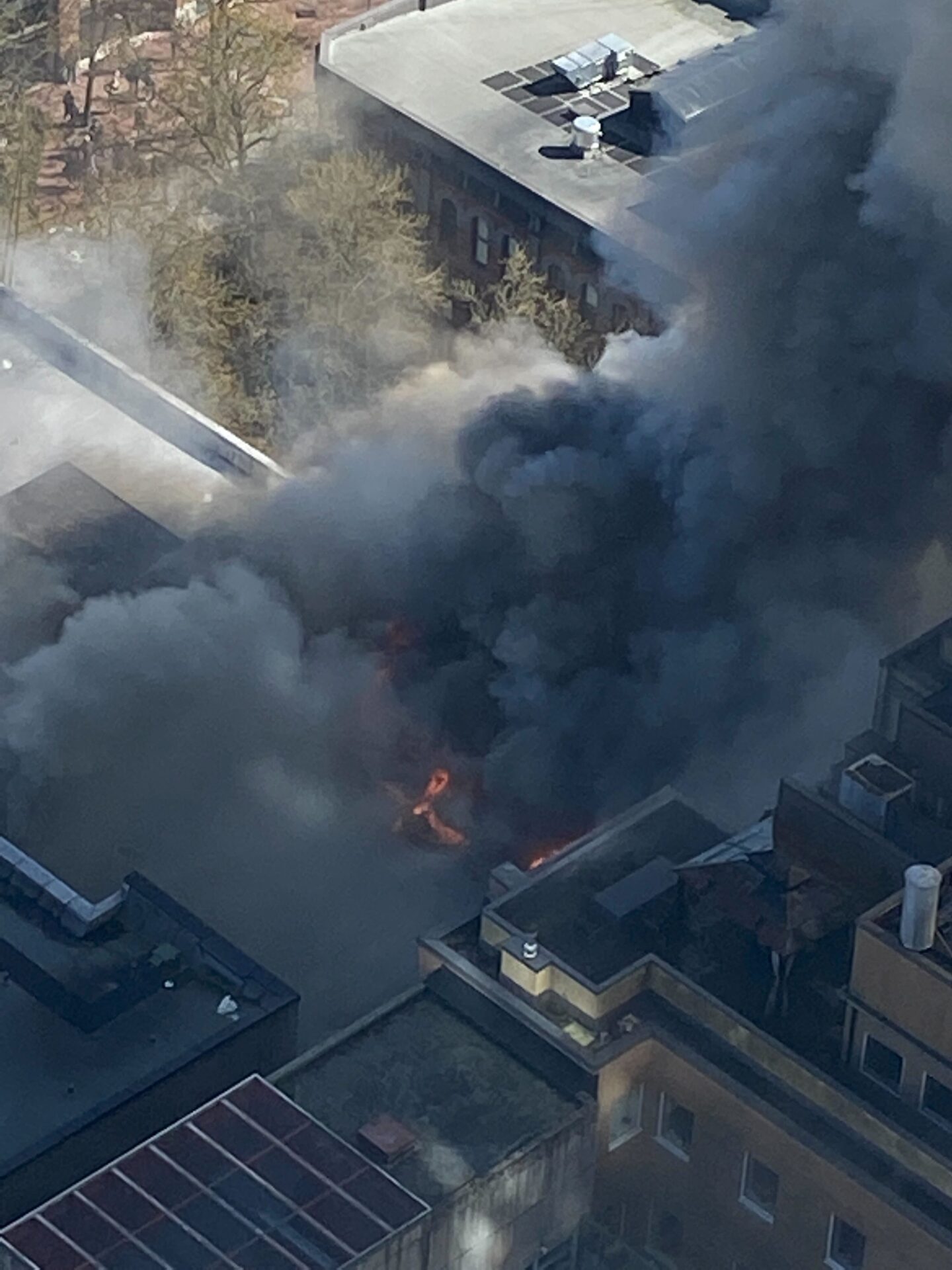 According to BC Hydro, the Gastown fire has led to the loss of power in the surrounding area.

Daily Hive has reached out to the VPD and Vancouver Fire Rescue for more information.

At 1 pm, crews were still actively battling the blaze. Video seems to suggest that a large portion of the roof has been destroyed in the fire.

The #fire in #Gastown is still going strong. Looks like a large portion of the roof is destroyed according to a colleague.

Hopefully no one was seriously hurt. pic.twitter.com/qfSp8ApFBx