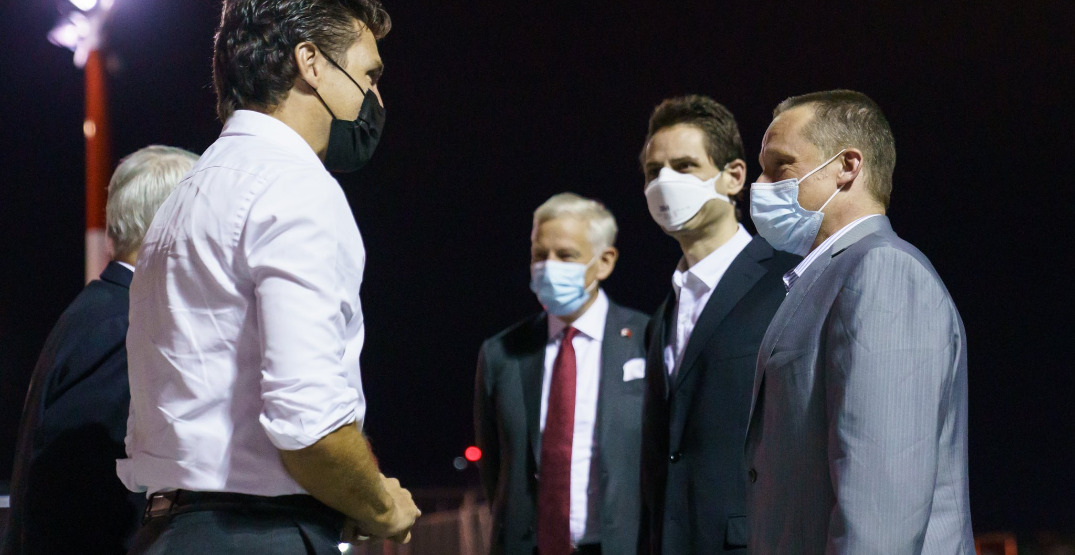 Canadians got the most amazing surprise this weekend with the return of Michael Spavor and Michael Kovrig to the country, but not everyone was thrilled when it came to Prime Minister Justin Trudeau’s sleeves.

It was a day of jubilation for the two Michaels, who spent over a thousand days in a Chinese detention facility. They were detained in 2018, following the arrest of Huawei CFO Meng Wanzhou at Vancouver International Airport, and many perceived it to be a retaliatory move from China. Chinese officials suggested they were detained for alleged espionage.

The prime minister greeted the two Michaels on Saturday with his sleeves rolled up, and people are so outraged about it that #Sleevegate is trending on social media.

The main source of outrage seems to revolve around a perceived lack of professionalism.

Welcome home, Michael Kovrig and Michael Spavor. You’ve shown incredible strength, resilience, and perseverance. Know that Canadians across the country will continue to be here for you, just as they have been. pic.twitter.com/1UoLbBFGNv

Trudeau greeted the two Michaels at an airport in Calgary.

I know this is uncharitable but who seriously who shows up a night at the airport to greet two fellow Canadians who have been horribly [email protected] 1000 days with their sleeves rolled up? It’s so affected and tired. #TwoMichaels #cdnpol pic.twitter.com/X4txLqReku

Not everyone agrees with all the attention that has been placed on the prime minister’s sleeves.

Some Twitter users are insinuating that the outrage is a concerted effort from the right to attack Trudeau, on the heels of his victory in the recent election.

Conservatives: How lame is Trudeau for showing up at the airport with his shirt sleeves rolled up like that?!

Trudeau has not yet responded to the social media controversy.

#sleevegate is just the silliest thing and good for a Monday giggle!