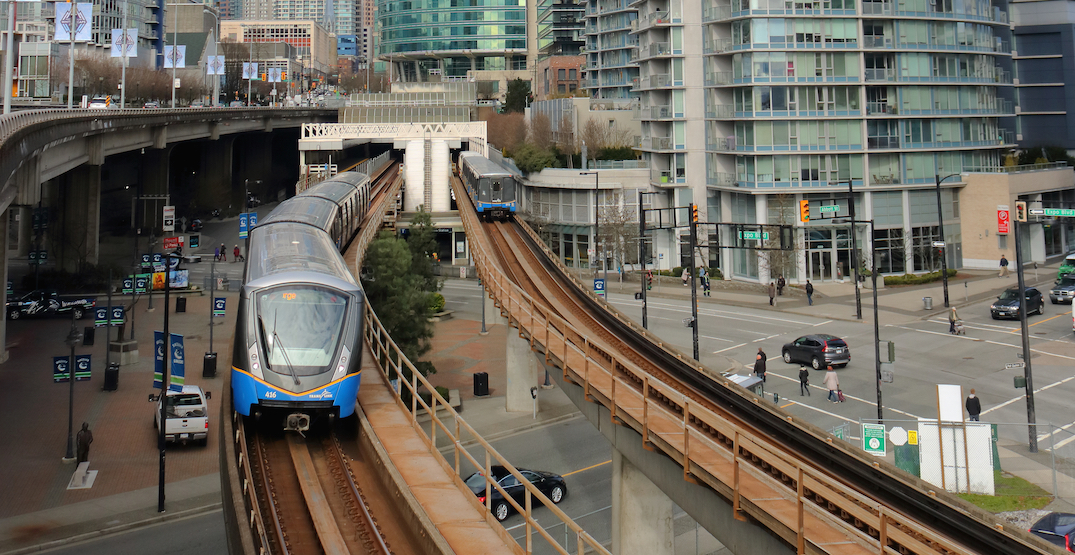 Two suspects who allegedly attacked a SkyTrain rider during a dispute over masks have been arrested.

The incident occurred in late September when a woman was on a SkyTrain travelling through Burnaby. She noticed that a man and a woman were sitting close to her and not wearing masks.

When she asked them if they had masks to wear, they replied by saying “what’s it to you?”

Metro Vancouver Transit Police say that the female suspect “struck the woman without provocation and with so much force that she fell to the ground.”

The two suspects continued to hit the victim before exiting the SkyTrain at Metrotown Station.

Now, police are recommending charges against the two suspects — a 25-year-old male and a 19-year-old female, both of whom are from Burnaby and are known to police. Charges include assault and assault causing bodily harm.

Since their arrest, they’ve been released on the condition to not have contact with the victim. They’ll also be making a provincial court appearance on December 13.

“Everyone deserves to ride on transit feeling safe,” Constable Mike Yake says in a release. “No matter what dispute a person may have with others, harassment or aggression is not the answer. Anyone who resorts to violence will be held accountable.”