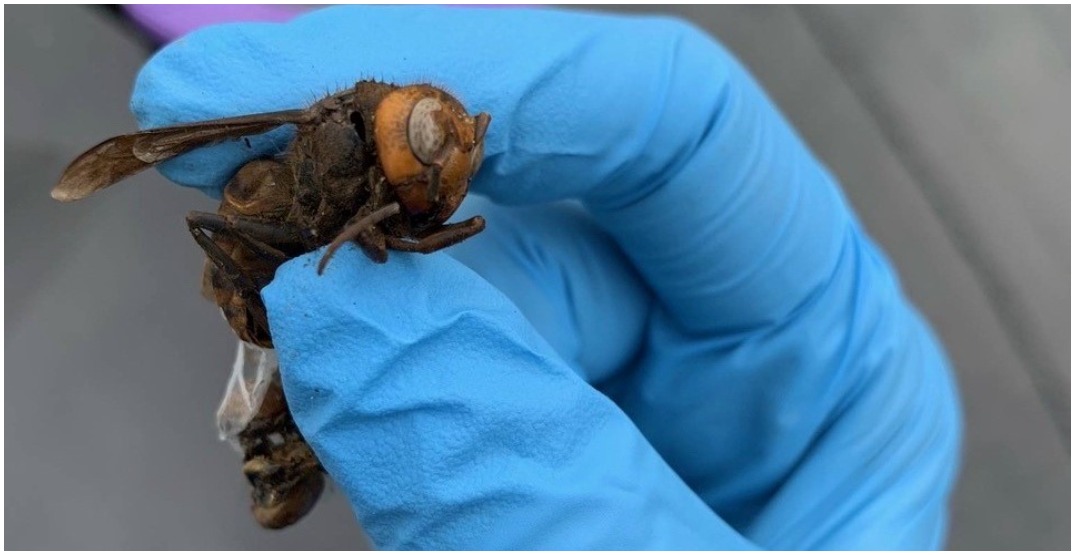 The Washington Department of Agriculture says authorities in BC have found an Asian giant hornet.

It was found somewhere near the Canada/US border in a Japanese beetle trap, close to where nests were eradicated in Washington State.

In a tweet, the department says it was somewhat close to where the nests were found in the US.

British Columbia authorities recently found an #AsianGiantHornet in a Japanese beetle trap not far from where nests were eradicated in Washington. The location was well within the flight distance from the US nests. (1 of 2) pic.twitter.com/G5v5aXS6Ey

Officials on both sides of the border will now be working together to learn more about where the hornet came from.

We will be working with BC and US federal authorities to attempt to obtain and analyze DNA from the specimen in an attempt to see if the specimen was indeed from a US nest. (2 of 2)

Several nests were found in Washington State this summer.

Second 2021 nest is down. A third has been located within the same general area. We are working on plans for eradicating now. More updates to come in the next week. pic.twitter.com/kcbO9CXDCL

Daily Hive has reached out to the BC Ministry of Agriculture for more details.