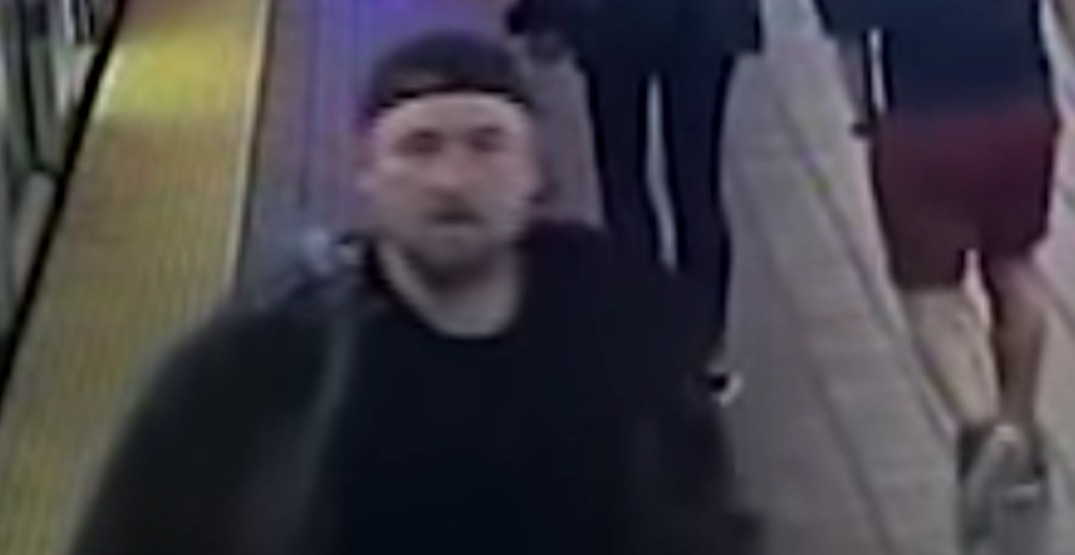 Transit Police are asking for the public’s assistance in identifying the suspect in an incident where two men were assaulted and harassed onboard a SkyTrain, in what police are describing as an apparent hate crime.

As they entered the train, another man kicked the foot of one of the young men and then left his seat to aggressively approach him.

“The victim crouched down in fear as the suspect raised his hand as if to hit him, while yelling obscenities and homophobic insults,” police said.

At that point, an unidentified passenger pulled the suspect away from the victim while the victim’s husband pushed the yellow emergency strip on the train.

“As the suspect again became aggressive toward the victim, his husband grabbed him and pulled him away,” said police. “The suspect then hit the husband in the face, knocking off his glasses.”

As the train pulled into Granville SkyTrain Station, the suspect attempted to kick one of the men in the stomach and then stepped off the train and spat in the other man’s face, while continuing to hurl profanities and homophobic remarks toward the couple as he walked away.

SkyTrain staff assisted the two victims who were taken to hospital where they were treated for minor injuries and later released.

He was wearing red Nike shoes, black baseball cap, dark hooded jacket, and black pants at the time of the incident.

Now, police said investigators have liaised with the BC Hate Crimes Unit as the investigation has unfolded and victim assistance services have been offered.

Anyone with information regarding the identity of this suspect or who witnessed this incident is asked to contact Metro Vancouver Transit Police tip line at 604–516–7419 or text them at 87–77–77.