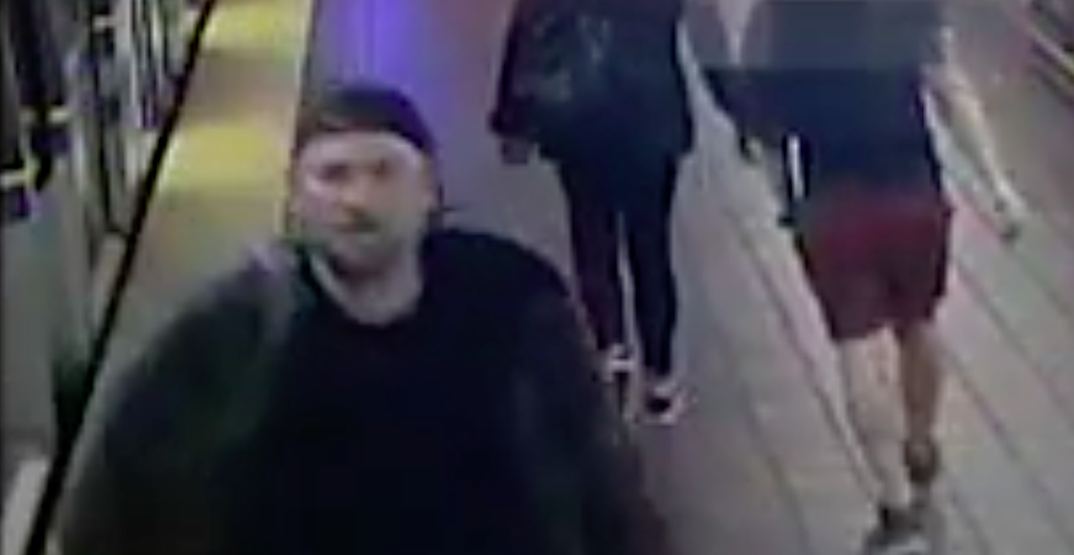 A screenshot of the suspect (Transit Police/Youtube)

Update: Although Transit Police was unable to share the exact volume of calls they received, they confirmed that thanks to the help of the public, they were able to move extremely quickly.

The initial release, including a video and description of the suspect, was released on Wednesday, November 7 at 2 pm. Later that afternoon, officers had a lead on an individual and were able to make an arrest by 5 pm.

The suspect, who remains unnamed, was arrested without precedent.

He was taken into custody for questioning and was released late last night, with the promise to appear in court on January 16, 2019.

Transit Police have confirmed that they’ll be recommending assault charges.

Shortly after reaching out for the public’s assistance, Transit Police have managed to arrest a suspect related to a SkyTrain hate crime.

The incident began when two young men boarded a SkyTrain at Waterfront SkyTrain Station. As they entered the train, another man kicked the foot of one of the young men and left his seat to aggressively approach him.

“The victim crouched down in fear as the suspect raised his hand as if to hit him, while yelling obscenities and homophobic insults,” said police.

Fortunately, another passenger pulled the suspect away. The victim’s husband quickly hit the yellow emergency strip on the train.

“As the suspect again became aggressive toward the victim, his husband grabbed him and pulled him away,” said police. “The suspect then hit the husband in the face, knocking off his glasses.”

The suspect attempted to kick and deal physical blows on one of the men, spitting on the other man’s face in the process. He walked away as the train pulled into Granville SkyTrain Station, still yelling profanities and homophobic remarks.

Skytrain staff assisted the two victims. Both were taken to the hospital for minor injuries and were later released.

Earlier this morning, Transit Police shared via social media that a suspect had been taken into custody.

Thank you to everyone who took the time to call in with information regarding the alleged hate crime that we reported on yesterday. Transit Police took a suspect into custody last night.