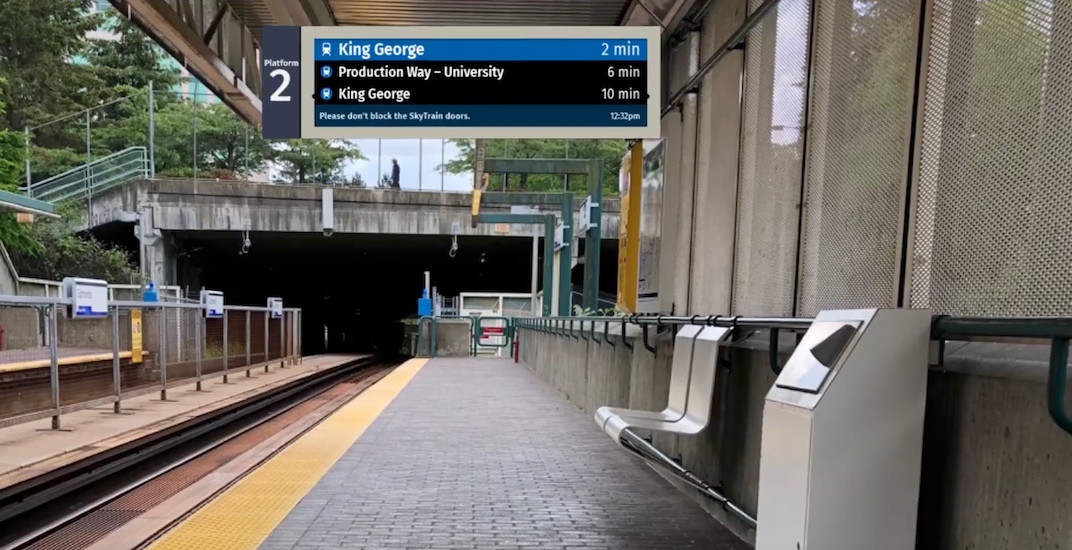 The installation process to replace and add hundreds of electronic signs on SkyTrain’s Expo Line and Millennium Line has begun, and it is just one of a number of passenger communication improvement projects for the train system.

While the existing red signs only display a single line of text, the new signs will offer the arrival times of the next three trains, current time, and rider information messaging.

These multicoloured text signs are a significantly improved version of the electronic signs on the Canada Line and the newer Millennium Line Evergreen Extension.

The signs will be installed over the next 18 months, beginning with Edmonds Station and Lougheed Town Centre Station.

“This is a part of our plan to improve the customer experience,” said TransLink CEO Kevin Desmond in a statement. “We’ve been listening to our customers and we know they rely on us to receive accurate and timely information.” 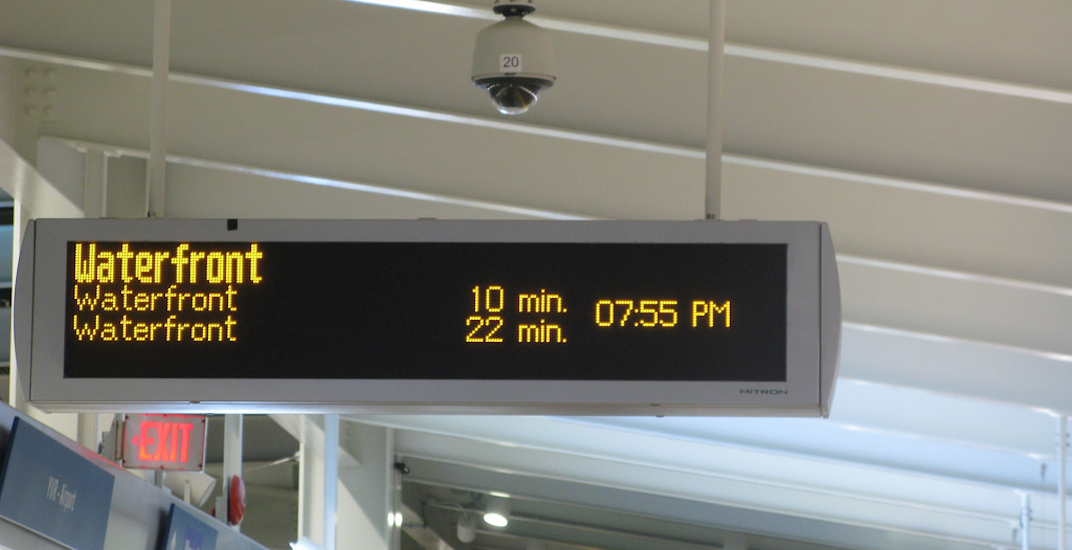 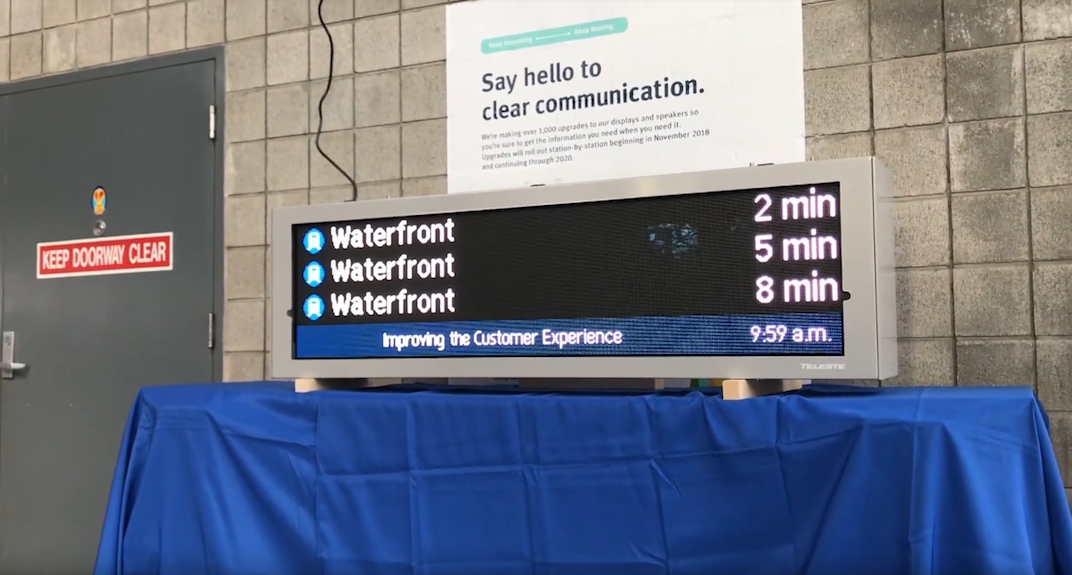 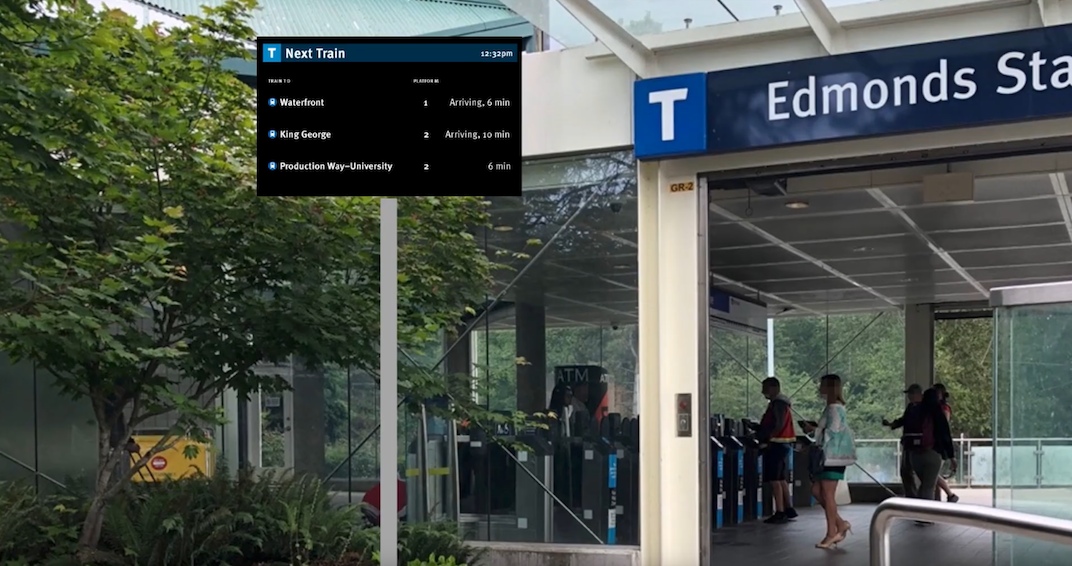 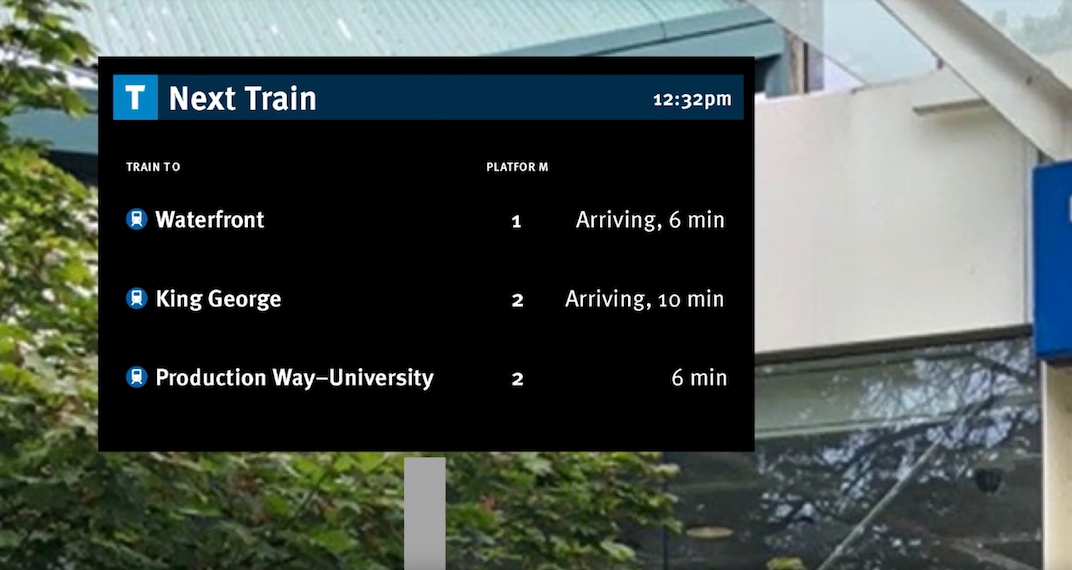 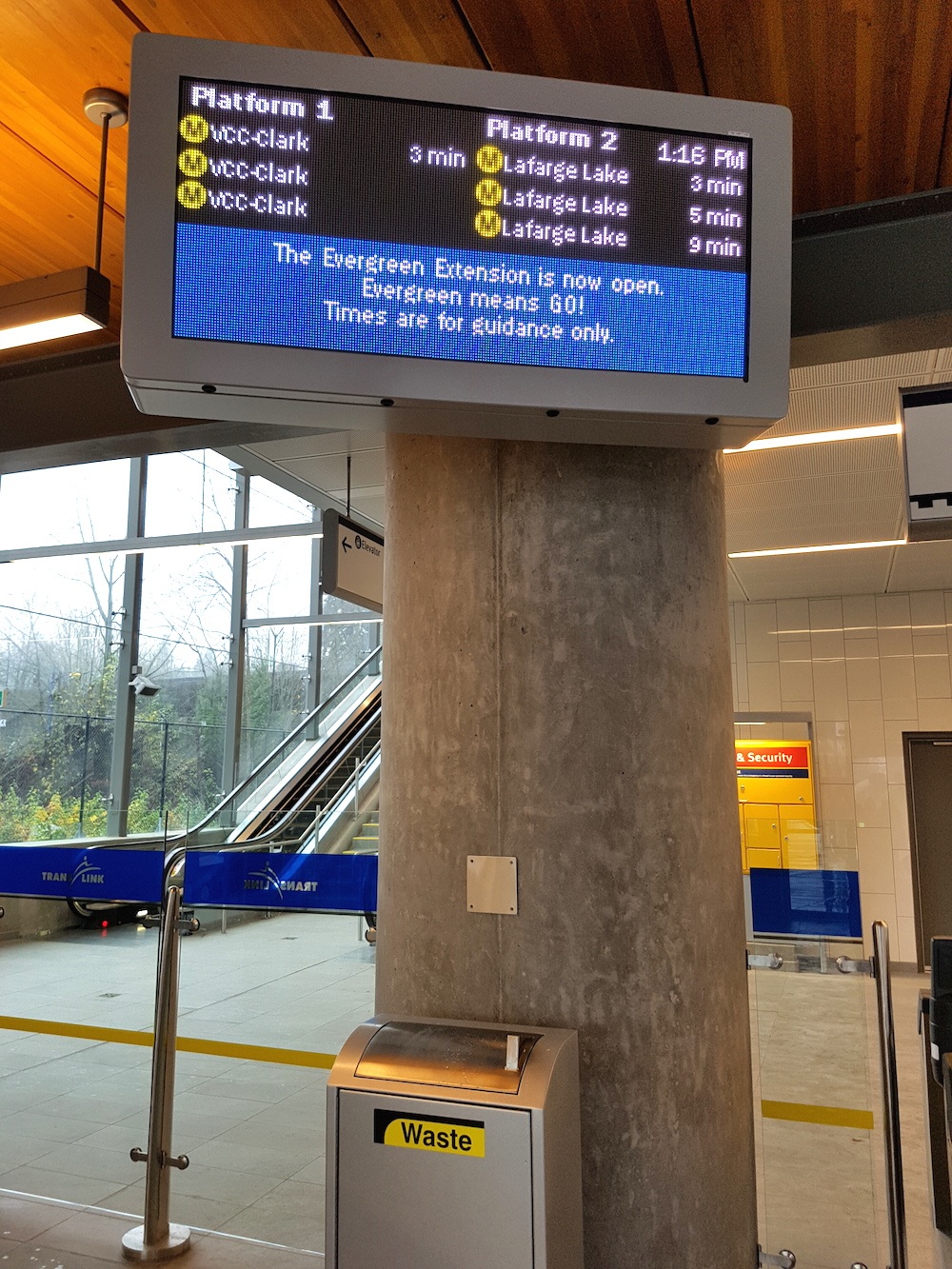 Other passenger communications systems upgrades coming to these stations include a thousand new speakers along the Millennium Line and 320 speakers in stations and at designated entrances. The aging speakers on the Expo Line will also be enhanced.

And to reduce the delays that result from a platform intrusion alarm being triggered, TransLink is installing 265 guideway cameras to cut down the response times to intrusion alarms.

As well, 1,200 CCTV platform cameras will be installed to improve safety and security on the train system.