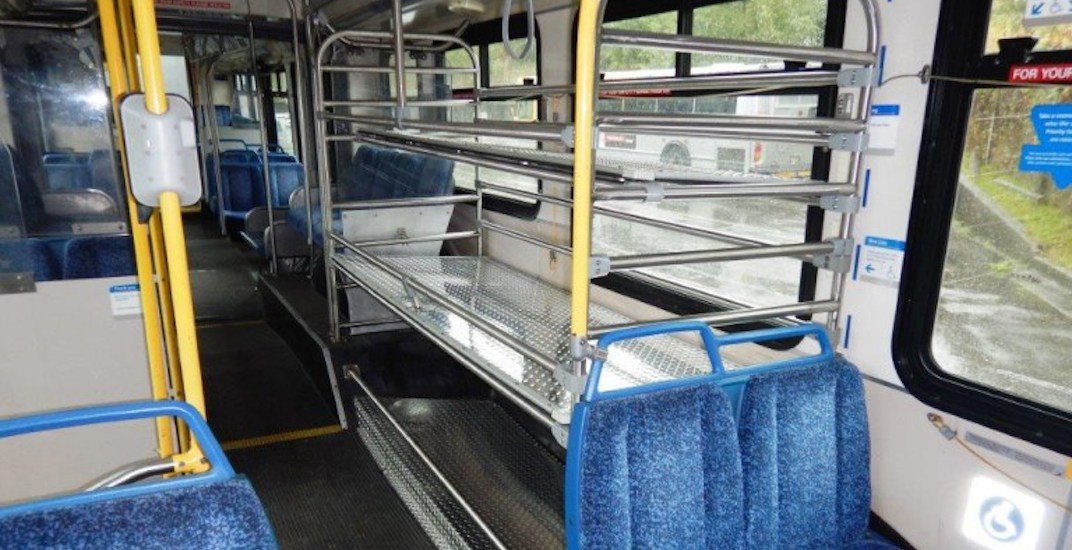 Luggage racks on a 620 express bus operated by TransLink. (TransLink)

Travellers with luggage will now have a much more comfortable ride while taking one of Metro Vancouver’s major express bus routes.

TransLink says all five 60-ft-long buses that serve the 620 route between Tsawwassen Ferry Terminal and the Canada Line’s Bridgeport Station are now outfitted with a three-level luggage rack.

The racks are located across from the middle doors on all of the buses to allow quick and easy access.

A luggage rack-equipped bus was first piloted in April 2017, and the 620 was chosen given the frequency of ferry passengers carrying luggage, with many travelling to and from Vancouver International Airport through a connection with the Canada Line.

Similar luggage racks are found on buses and trains around the world that serve routes to an airport or other long-haul port, such as a ferry or cruise ship terminal.

A spokesperson with TransLink told Daily Hive there are no plans to install luggage racks on Canada Line trains, as airport passengers with large bags can use the train’s extra standing space – in the area allocated for bikes – to stand with their bags.

It remains to be seen whether the racks could be coming to other bus routes like the Horseshoe Bay express.