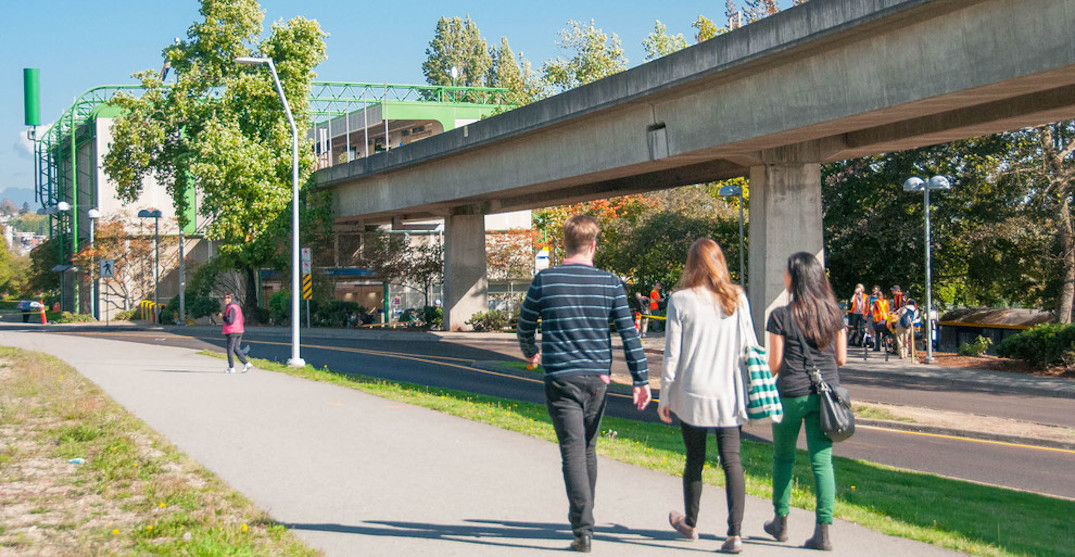 The City of New Westminster is set to launch a new process that reimagines the precinct around SkyTrain’s 22nd Street Station into a “bold vision” that aligns with its new commitment to be greener.

The neighbourhood around the station is currently mainly low-density station, but the municipal government is envisioning higher density and mixed uses, such as retail along 7th Avenue just east of the station.

But the new process intends to add another layer to future transit-oriented developments.

“Towards developing this bold new neighbourhood vision, the city would identify a team of industry experts who would be tasked with creating an innovative approach to imagining the neighbourhood that responds to the climate emergency, and specifically the Seven Bold Steps and Council’s Strategic Plan,” reads a city staff report.

“Leading with this principle should result in examples of a bold vision that could be explored include creation of: a car-free zone; a zero-emissions vehicle zone; a renewable energy zone; or other ideas as determined through an ideas competition.” 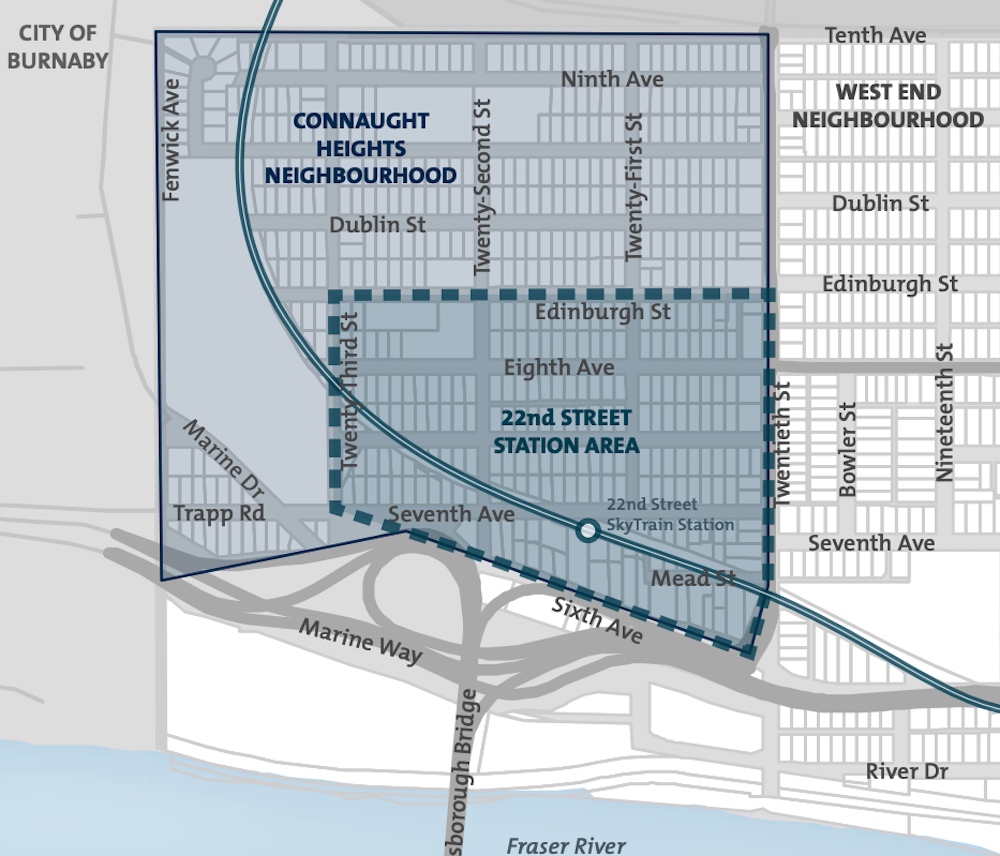 The three-year long planning process through the plan’s finalization in early 2022, involving a contractor and extensive public consultation, is expected to cost $429,000.

Until the plan is created, the municipal government will not accept rezoning applications in the area, although it will continue to accept development permit applications following existing zoning. To further accommodate the planning work, existing infill housing policies carrying out the official community plan are slated to be deferred.

Recently completed projects in the area that align with the municipal government’s climate-oriented goals include the provincial government’s new Stewardson Way pedestrian and cyclist overpass next to the SkyTrain station, and TransLink’s overhaul of the bus exchange serving the station, including some of the region’s first electric-battery bus charging stations.