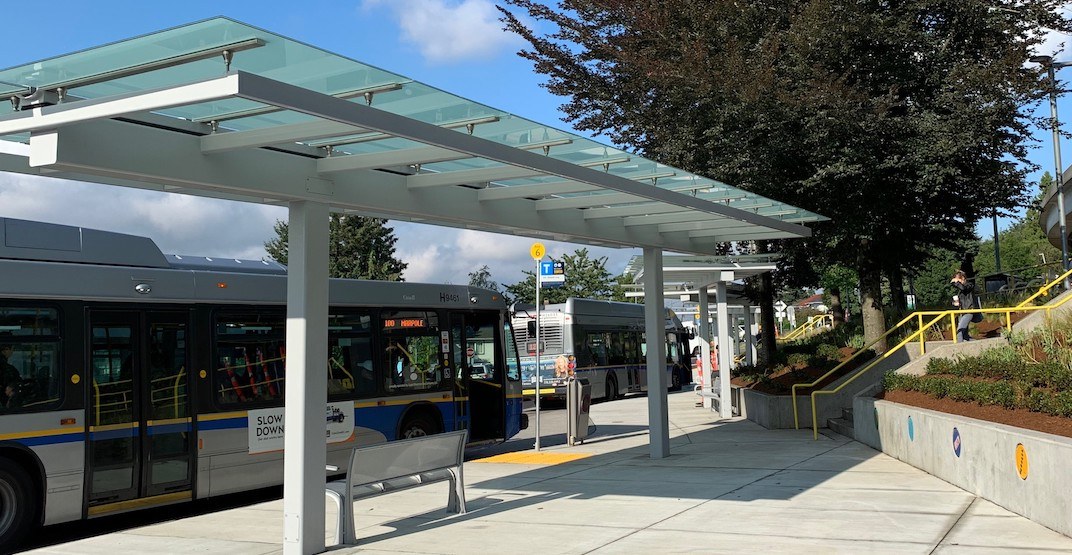 A complete overhaul to improve the efficiency, capacity, and passenger amenities of the bus exchange at SkyTrain’s 22nd Street Station in New Westminster is now complete.

TransLink says the $2.8-million overhaul includes enhanced lighting for increased safety, a widened waiting area for more efficient transfers to and from SkyTrain, and new and larger bus shelters with additional seating.

“The exchange is a major hub for thousands of community members, customers who rely on bus, and those transferring to the Expo Line,” said TransLink CEO Kevin Desmond in a statement.

“It’s been over 30 years since the exchange was built, and with bus ridership continuing to rise, it’s critical that we invest in our infrastructure and provide our customers with a better transit experience.”

The upgrade also includes one of TransLink’s first overhead electric-bus chargers, which have been installed at the station ahead of this year’s start of a 2.5-year-long pilot project of running the No. 100 bus with four electric-bus vehicles. The No. 100 travels along Marine Drive, ending at the Marpole Loop in South Vancouver. 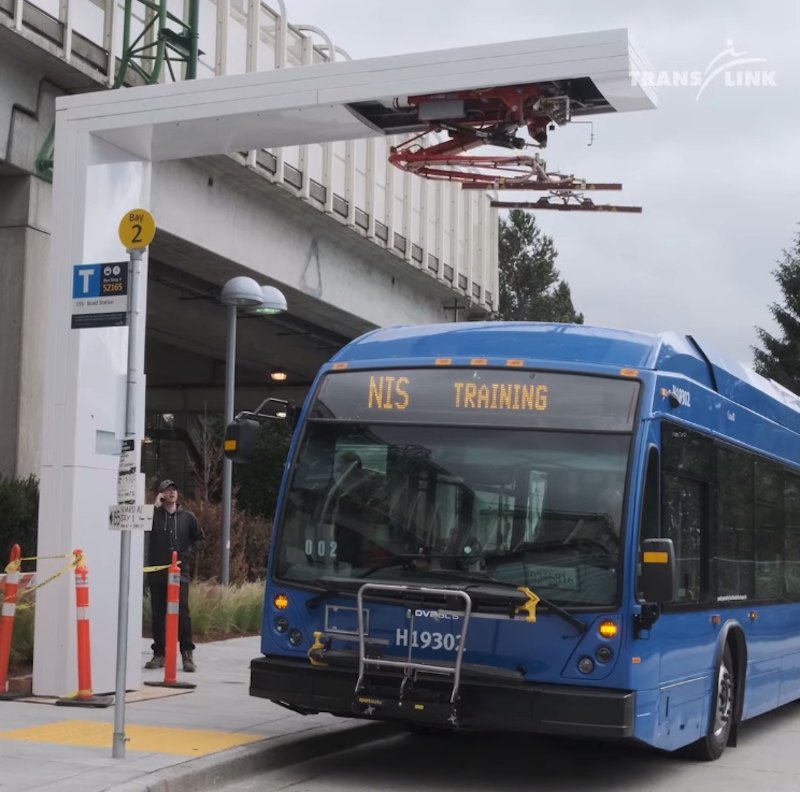 Additionally, new public art — titled Wander: Toward a Lightness of Being by local artist Laiwan — consists of 14 haikus and 22 graphic icons of phytoplankton, inspired by microscopic imagery taken by geology students at the University of British Columbia.

There were 13,500 transfers between the bus exchange and SkyTrain station on an average weekday.