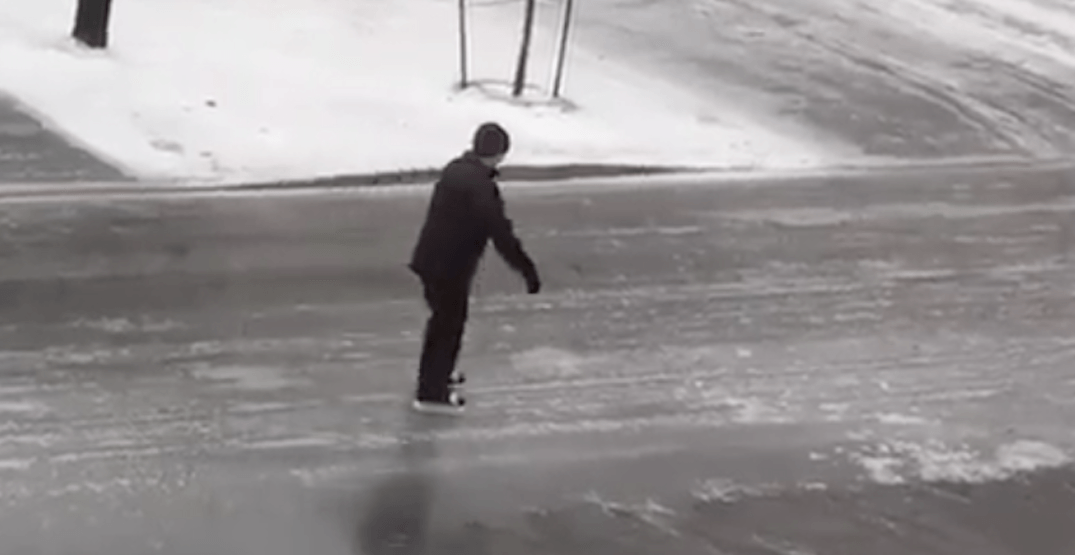 A man skates down the street in Ottawa this past weekend. (vcroc / Twitter)

Either way, Ontario’s ice storm this past weekend saw some people in Ottawa opt to leave their cars in the driveway and simply go skating down the streets of our nation’s capital.

The storm touched down in the province with full force, snapping trees, leaving thousands without power, closing major attractions, and turning everything into a cold shade of white.

Here’s hoping spring decides to show up sometime before summer’s over.